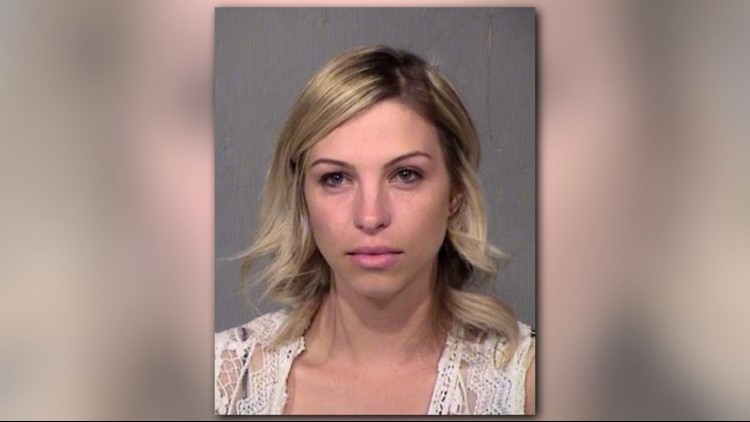 The 12 News I-Team has obtained hundreds of pages of documents from the police investigation surrounding a former sixth-grade teacher and her alleged sexual abuse of one of her students, a 13-year-old boy.

12 News is learning how the victim says his teacher from Las Brisas Academy in Goodyear, Brittany Zamora, lured him into sexual encounters.

In a forensic interview for police, the victim says it started when he was texting his teacher in a classroom chatroom called “Class Craft.” According to the victim, Zamora made an announcement she wasn’t going to be at school, so she asked her students to text her because she would be bored. The texting between the victim and his teacher then turned into flirting.

The victim says Zamora sent him nude pictures. At the time this was happening, police documents reveal the school principal, Tim Dickey, received a written statement from three female students on Feb. 7 of “issues” between Zamora and the victim.

However, Dickey told detectives he did not speak to two of the three female students who sent him the written statement. Dickey admitted to detectives it was a mistake.

The victim says in his forensic interview that Zamora reached out to him at midnight, drove out to his grandparents’ home where he was, and then waited for him to sneak out. Another encounter happened on school campus after a school talent show. According to detectives who spoke to the victim’s parents, there were at least four sexual encounters.

The victim’s stepmom says she noticed her son was acting oddly and wanting to shut his door at night, so she installed a parental app on his phone called Sentry.

Documents say the victim’s stepmom began getting alerts back-to-back with the word “baby.” She showed her son the alerts and asked him who it was, and he responded, “My teacher.”

Fearing the worst, the victim’s parents asked him, “Did you have sex with your teacher?” The victim responded, “yes," according to the documents.

In a recorded phone call detectives had the victim’s parents do with Zamora, she immediately apologized and said she was willing to resign from her position. The victim’s parents asked why it happened. Zamora said, “I ask myself the same question … I just got really close after I think everything went down and we’re like, 'How could that happen?' … we just got close.”

RELATED: 'Would love to go home to my husband': Goodyear teacher accused of molesting student

“I don’t want to say stuff and have me recorded right now and bring this to court and have me go to jail for the rest of my life,” said Zamora during the call.

Zamora was arrested after that recorded phone call. She was on her way to Las Brisas Academy when police pulled her over and took her into custody.

Officers asked her if she knew why she was arrested, and Zamora said she did not know why. Her Miranda Rights were read, but she invoked her Fifth Amendment rights and requested a lawyer.

According to police documents, police served a search warrant at her home where they seized items, including lingerie and an electronic tablet.