The Phoenix Fire Department says two people were on board and both are expected to be OK. 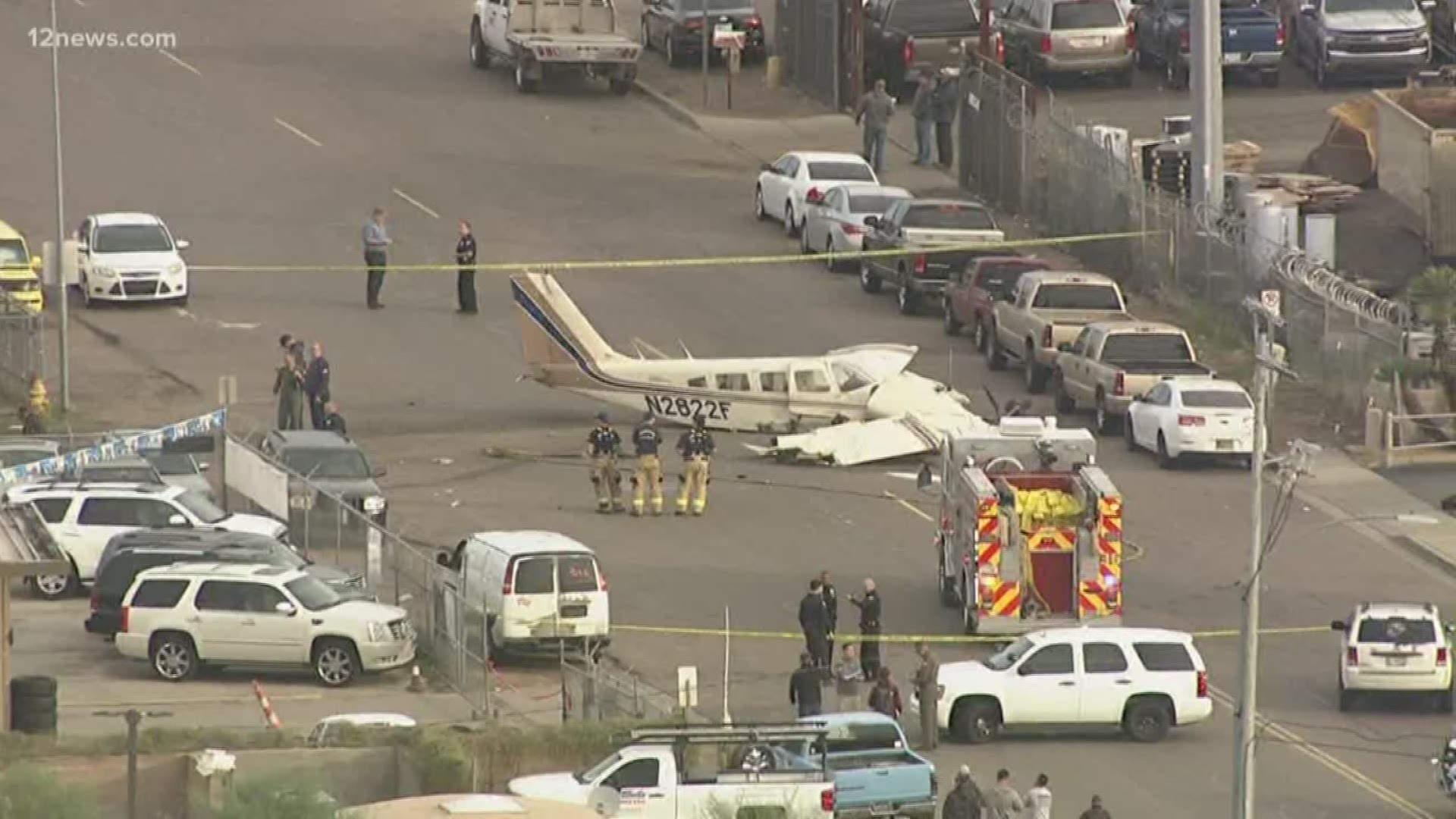 PHOENIX — A small plane made an emergency landing on a street near Deer Valley Airport in north Phoenix.

The plane landed near 23rd Avenue and Luis Drive.

Surveillance video from Copper State Metals shows the plane going down, crash-landing on the street.

The plane is owned by Flying Ponderosa LLC out of Los Alamos, New Mexico. 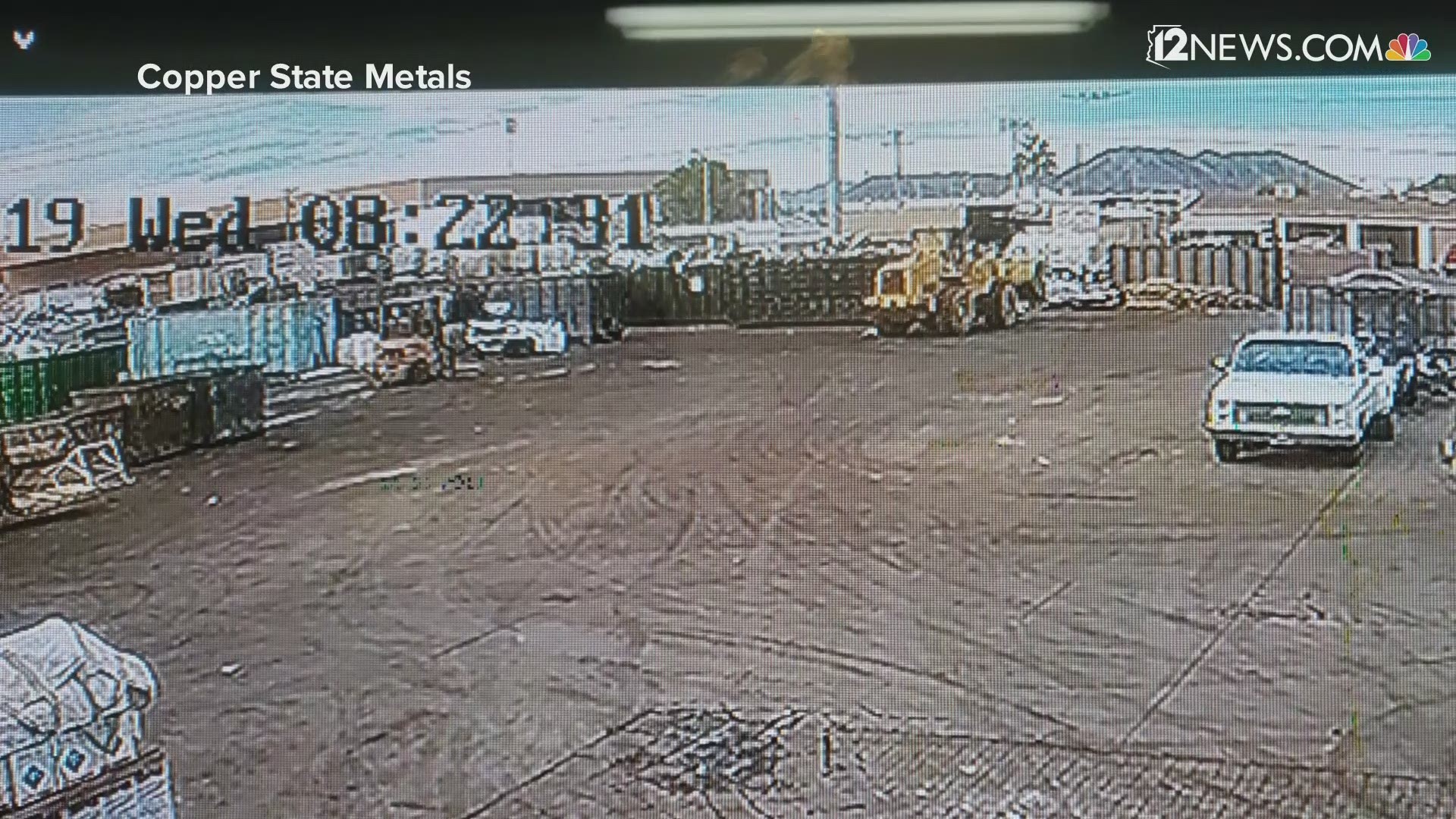 The Phoenix Fire Department said the pilot and passenger of the plane initially refused medical treatment but one was transported to a local hospital for further medical evaluation.

Both Phoenix Fire Department and Phoenix Police Department had nothing but praise for the pilot of the Piper Seneca.

“I mean, just looking at the scene itself,” said Phoenix Police Sgt. Mercedes Fortune. “I can tell you it’s an incredible landing.” 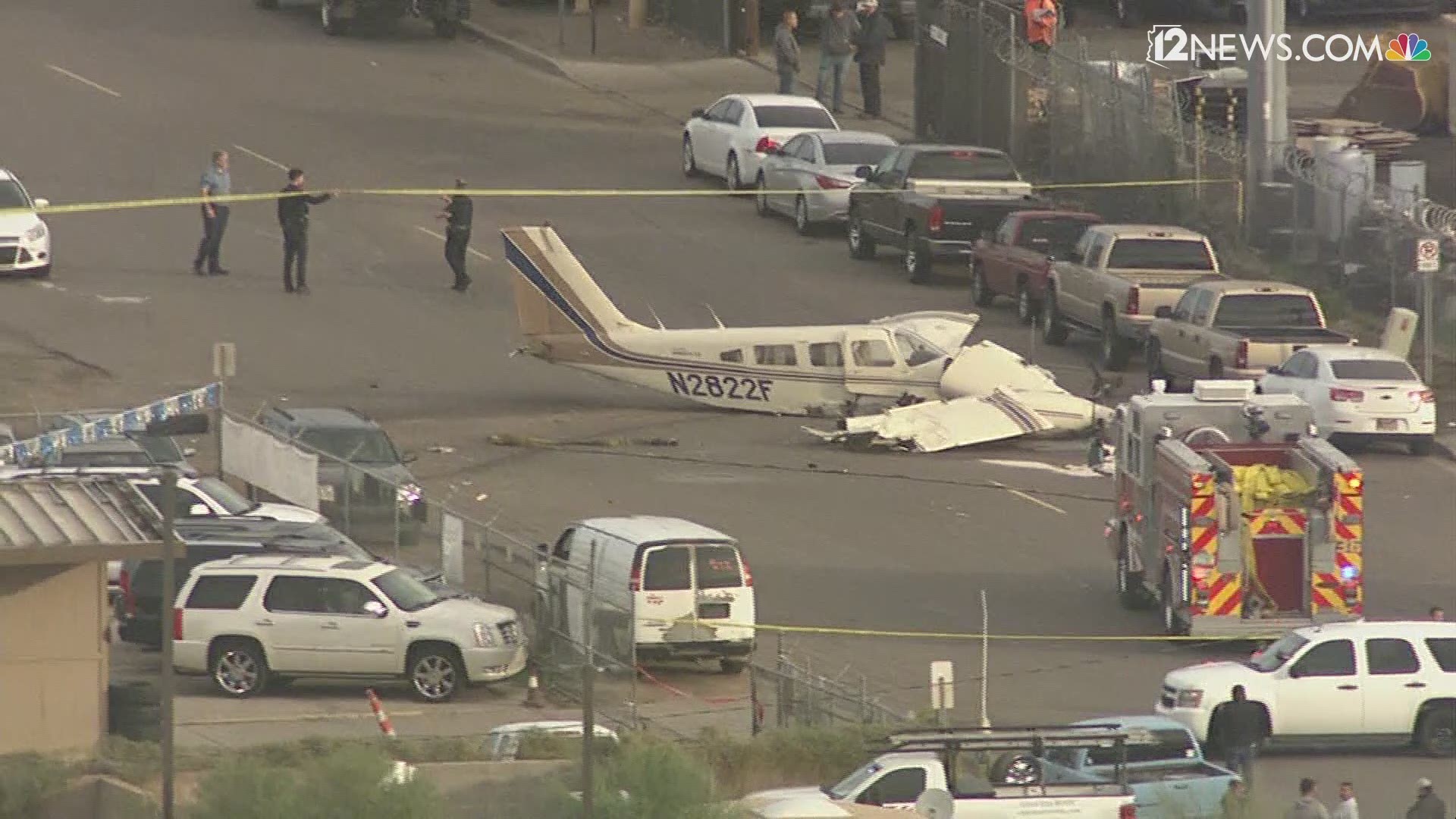 The plane made a quick "Mayday" call shortly after 8:00 a.m. to the control tower at Deer Valley Airport.

A few moments later, the tower radioed back to the plane to no answer.

“706 Whiskey Whiskey, did you see an aircraft near the freeway on short tunnel?” an air traffic controller asked an incoming plane.

“We did see an aircraft go down,”  the pilot responded.

The plane crashed into the used car lot at Value Price Autos. The owners were texted a photo of the damage to their business shortly before arriving to work.

12 News learned on the scene that at least six cars were struck during the landing.

“The right wing of the plane hit a car and tipped it on its side,” said Jennifer Wood, one of Value Price Autos' owners.

“There’s damage to 10 different cars and pieces of the plane all over the lot.”

Police have confirmed that the pilot, a 48-year-old man, was a flight instructor. He was flying with a 42-year-old passenger.

The passenger at first refused medical attention, but later decided to get checked out at a nearby hospital. Phoenix Police believe his injuries to be minor.

Business owners in the area tell 12 News that the air traffic is always on their mind.

“It is something I think about everyday,” Wood says. “I can hear the planes constantly coming in and out of the airport.”

National Transportation Safety Board and the Federal Aviation Administration will be investigating the crash.