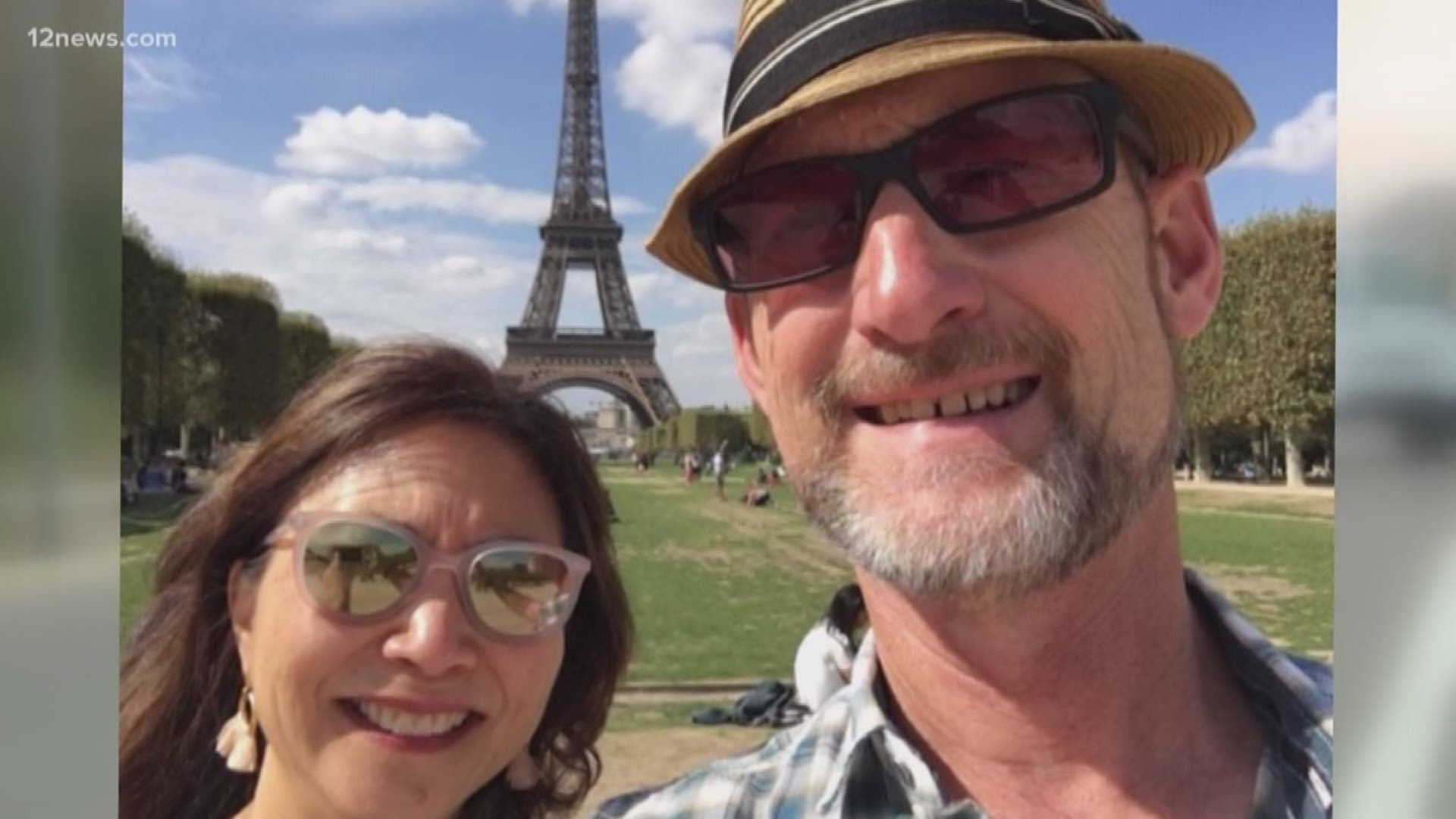 PHOENIX — Each day has been a life-and-death struggle for a pilot since a small plane crashed west of the Deer Valley Airport last week, his wife told 12 News.

The single-engine Mooney M20 nearly hit at least one driver when it crashed near 31st Avenue and Deer Valley Road on June 11, according to Phoenix firefighters. The pilot, Mark Brandemuehl of Mountain View, California, was pulled from the burning plane and taken to the hospital in critical condition.

His wife, Jenny, said her husband has gone through surgeries almost every day since the crash. She has been staying in the Phoenix area to be close to her husband and closely monitor his progress at the Arizona Burn Center.

Jenny said Mark suffered severe burns to more than 85% of his body. She said Mark is in good physical shape for a man in his 50s, which is helping him.

"All we can do is pray and hope for the best," she said.

Jenny said she credits the people who pulled Mark from the plane for saving his life.

RELATED: 'I wouldn’t want to go out like that': Man pulls pilot from burning plane

Mark's family and friends have been reaching out, sending their best wishes. Jenny said Mark has been a large influence in the lives of his friends and co-workers at the computer software company where he works.

The Federal Aviation Administration and National Transportation Safety Board are investigating the cause of the plane crash.