Arizona is the most dangerous place in the country for pedestrians. On Tuesday, the Phoenix council rejected a plan to deal with the alarming increase in pedestrian deaths. 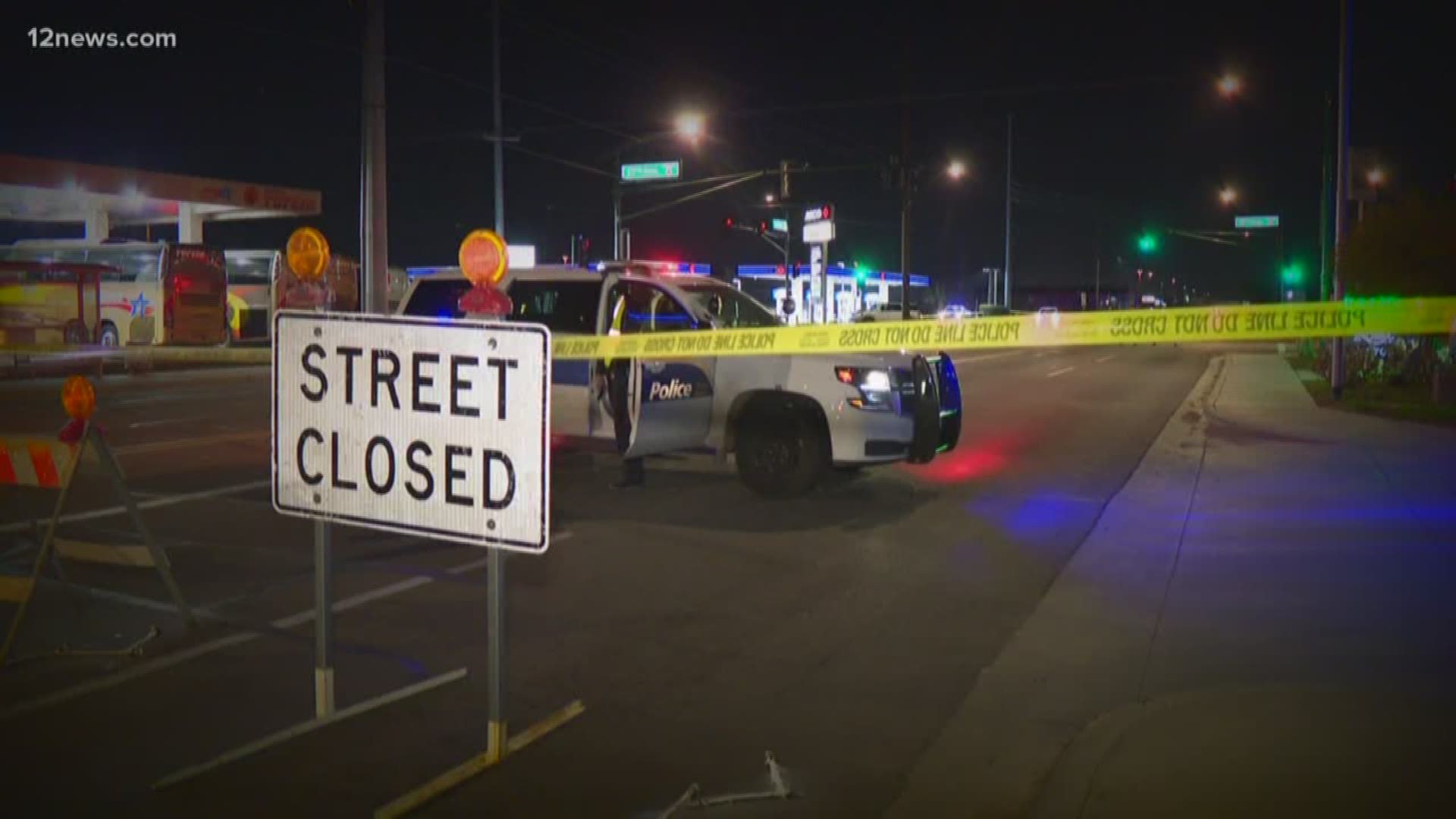 PHOENIX — The numbers show you take your life into your own hands when you cross a Phoenix street.

On Tuesday, the Phoenix City Council rejected a plan to deal with the alarming increase in pedestrian deaths.

When the plan was put on the council's agenda, one councilman warned: Don't believe it. They're actually coming for your car.

By one measure, Arizona is the most dangerous place in the country for pedestrians.

Collisions with Phoenix pedestrians have jumped 47 percent since 2013, to 758 in 2017, according to data from the Arizona Department of Transportation. That's more than two pedestrian collisions a day.

Those accidents killed an estimated 89 pedestrians last year, up 65 percent from 2013. That's one dead pedestrian every four days.

The council was split four to four Tuesday on whether to go ahead with the so-called Vision Zero plan, which would have used technology, enforcement and street design to make Phoenix roads safer for pedestrians.

So-called HAWK crossing signals were one of the proposed tools. They are automated signals the can stop traffic for pedestrians in the middle of one of Phoenix's long blocks on major arteries.

The signals are a response to the large number of pedestrians killed after dark while crossing major streets far from intersections. The number of HAWK signals citywide could be doubled this year.

But Phoenix Councilman Sal DiCiccio posted an "urgent alert" about the street-safety plan on Facebook before the vote, warning that government is coming for your car.

"Proponents of this insane scheme," he warns, "want to ... make driving as difficult as possible and slowly force people out of their cars"  by "slowing traffic to a crawl."

DiCiccio claims Phoenix will follow the lead of Boston, where that city's Vision Zero plan cut speed limits to 25 miles per hour.

Councilman Sal DiCiccio
URGENT ALERT: IF YOU DON'T WANT TO DOUBLE YOUR TRIP TIMES AROUND TOWN - AND LIKELY YOUR TAXES - READ THIS AND COME TO COUNCIL TUESDAY With zero public notice, the City of Phoenix has put a plan on...

The speed limit in Boston was 30 miles per hour before it was lowered to 25 two years ago.

There was nothing on the Phoenix council agenda Tuesday that called for lowering speed limits, however.

A "yes" vote on Vision Zero would have authorized city staff to produce a traffic-safety plan, with more votes down the road before a plan could take effect.