The Birdgang Travel Club has created a road trip for Phoenix Suns fans to experience game 4 in Los Angeles. 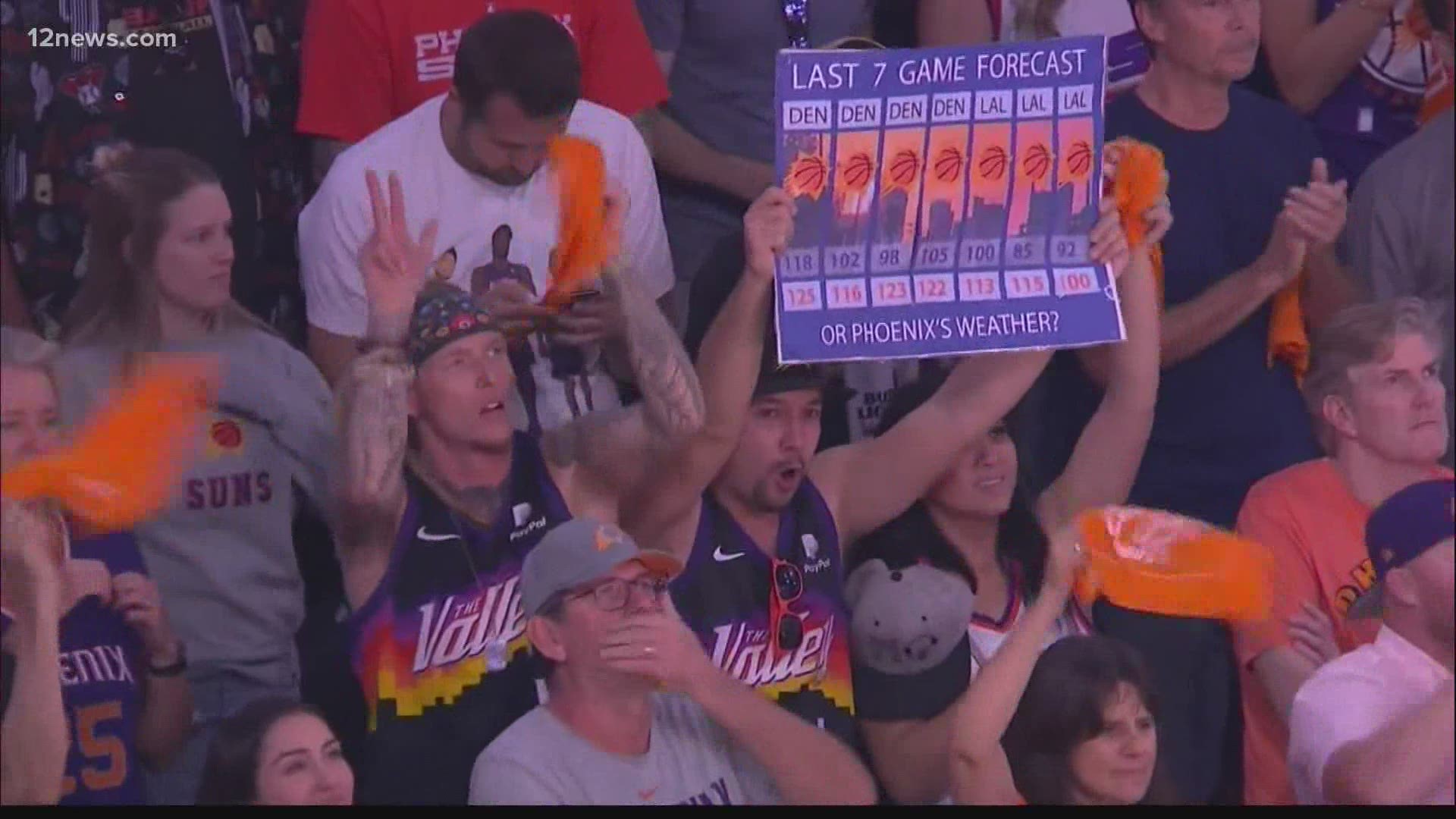 PHOENIX — Phoenix Suns fans who want to celebrate the team’s historic winning streak can hop on the Rally the Valley Express to Los Angeles, a road trip experience organized by an Arizona Cardinals fan group.

It’s been 28 years since the Suns won a conference title and headed to the NBA Finals, so for die-hard fans like Tyler Vasquez, it is a must to experience the teams’ current momentum this time around as the team faces off the Los Angeles Clippers in the Western Conference Finals.

“I may not see this again in my lifetime, so the more chances you can get to be in attendance and see it life, that’s the stuff you are going to remember your whole life,” he said.

About six years ago, Vasquez and his friend Eric Polansky started the Birdgang Travel Club, a group of Cardinals fans that attend home and away games across the country.

They organize a full-on experience for people who want to enjoy football games, and now, as the Suns battle it out on the court, they are expanding their services to the Valley’s basketball fanbase.

“There’s nothing like it being in the arena,” Vasquez said.

As the Suns advance in the series, fanfare in the Valley has been wild and alive. Downtown streets and bars were in a sea of orange and purple—that’s what Vasquez says they want to see in Los Angeles.

The fan group is now coordinating a trip to transport fans in a 54-seater charter bus, from the Gila River Wild Horse Pass Casino.

The road trip experience the Birdgang Travel Club has organized is for Saturday’s game 4 of the Western Conference Finals in Los Angeles against the Clippers.

The cost is $175 to $400 per person or less. Fans can get transportation, hotel accommodations, giveaways, and a pre-game party.

There are also some special guests and surprises planned, Vasquez said.

“Hoping it will be similar to last series where maybe game four will mean a lot,” he added.

Tickets for this road trip experience can be found here and are limited to the first 150 fans.

“There is a clear path to an NBA championship and we just need to keep rolling,” Vasquez said.