The asymmetrical design has a majority of the seats on the west side and provides ample shade. 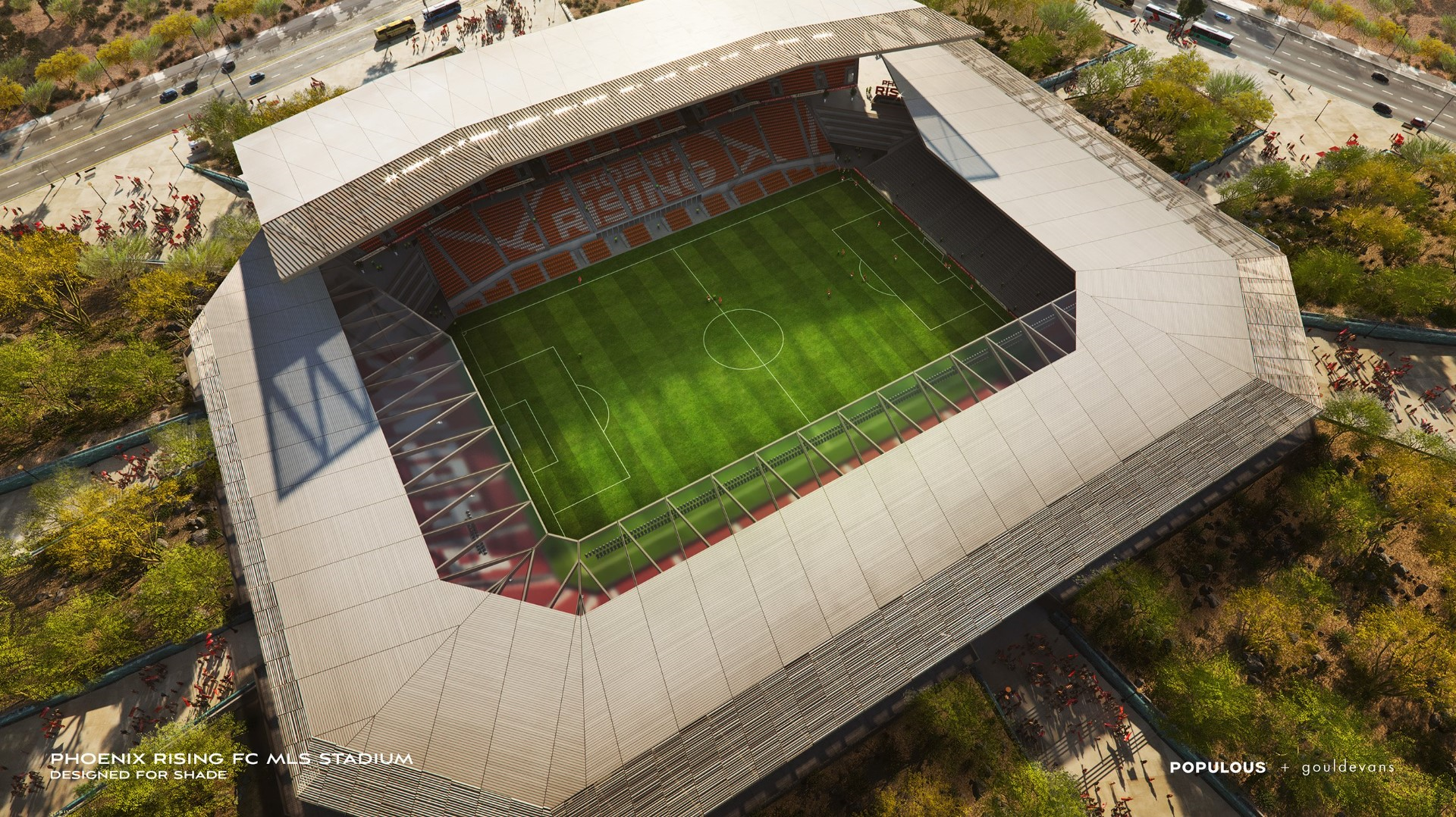 Populous, a sports and entertainment architecture that has designed seven MLS stadiums, collaborated with Phoenix-based design firm Gould Evans to create the design — which includes 21,000 seats and a 360-degree concourse.

Phoenix is one of 11 cities competing for three MLS expansion slots, which are scheduled to be announced later this year. If Phoenix gets one of those slots, Rising could have the stadium ready for the 2021 season.

There are a few features in the design aimed at beating the Arizona heat, including water walls in the stadium entrances to cool patrons as they enter and expansive canopies that will cover the bowl.

The asymmetrical design also has a majority of the seats on the west side to provide ample shade. Additionally, a massive stand to the west mimics a mountain casting shadows over the Valley, placing the pitch and east stand in shade for a 7 p.m. kick off.

The proposed stadium will also have misters and ceiling fans to cool off the fans circulating the concourse.

“The proposed design will be environmentally and culturally relevant to Arizona,” said Krista Shepherd principal for Gould Evans. “We wanted to create a stadium that Phoenicians will be proud of and will offer our community a year-round state-of-the-art entertainment destination.”