One week after the shooting, Officer Dowhan was released from the hospital and she was met by Officer Hubert for an emotional exchange following a traumatic week. 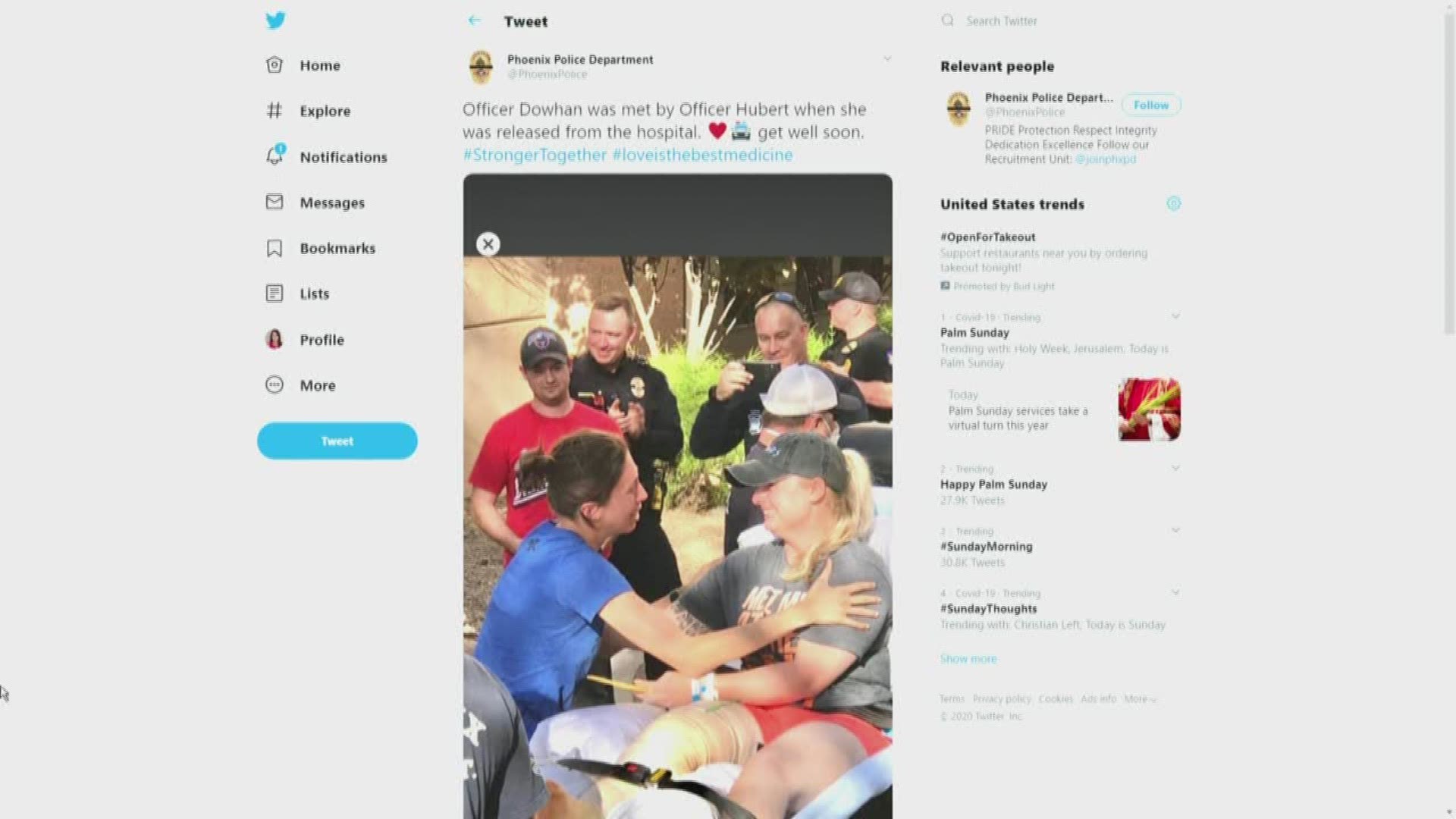 On Sunday, one week after the shooting, Dowhan was released from the hospital and she was met by Hubert outside for an emotional exchange following a traumatic week.

On Sunday night Carnicle, Downhan and Hubert responded to a house near 40th Drive and Pinnacle Peak Road to a report of a roommate conflict.

When they were walking up stairs, a suspect shot them, killing Commander Carnicle.

RELATED: Family of Phoenix PD officer shot in the line of duty speaks out
RELATED: Phoenix Police Commander Greg Carnicle to be laid to rest next week

Officers Dowhan and Hubert were hospitalized with injuries.

According to Phoenix Police Chief Jeri Williams, Carnicle was just months away from retiring after putting more than 30 years on the force.

READ MORE: 'He was truly our hero and always will be': Family of fallen police commander remembers him