The announcement comes two weeks after the death of George Floyd in Minneapolis. 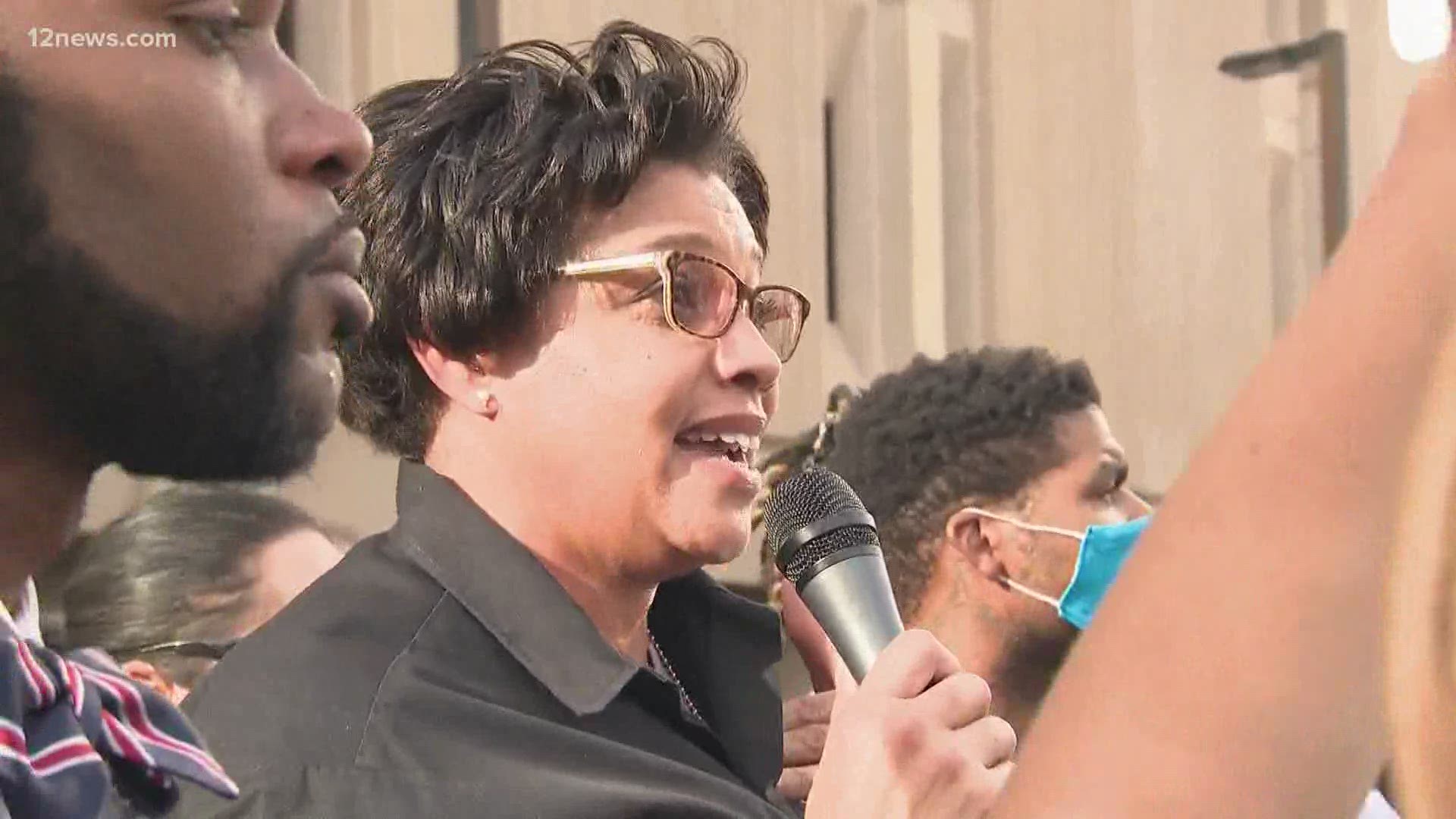 PHOENIX — Phoenix Police Chief Jeri Williams will be a part of a national committee for police reform, the United States Conference of Mayors announced Monday.

The Police Reform and Racial Justice Working Group is a consortium of mayors and police chiefs across the country with a goal of finding solutions to police brutality and racial discrimination.

The announcement comes two weeks after the death of George Floyd in Minneapolis. Widely circulated video of a white police officer kneeling on Floyd’s neck even as he lost consciousness while three other officers idly stood nearby sparked a national furor.

“Black Americans have been denied the promise of equality and justice in this country for too long, and that must end now, said Bryan K. Barnett, the USCM President and Mayor of Rochester Hills, MI. “The recent killings of innocent black people have highlighted once again that there is much work to do with revising and improving the policies and practices of our police departments.”

RELATED: 'We hear you': Phoenix police chief marches with protesters

For her part, Williams marched with protesters in downtown Phoenix on Friday and pledged to make changes within her department.

“I am beside myself with disbelief and joy at the voices of this generation making the voices of my generation be silent and listen to what you are saying,” she told the crowd. “We’re going to work together.”

The Police Reform and Racial Justice Working Group include: