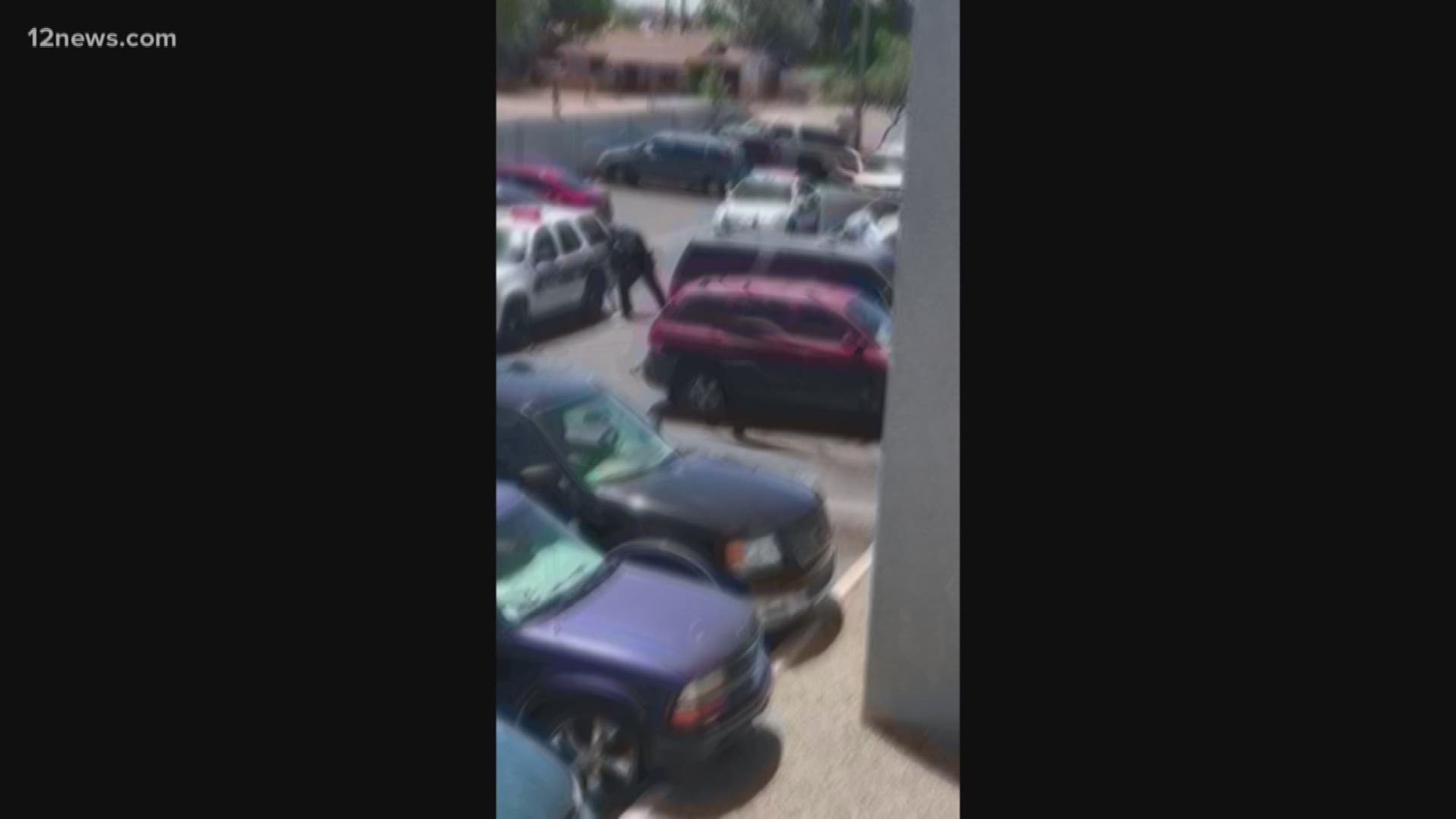 Phoenix police are under the microscope once again after several videos show officers’ treatment of two shoplifting suspects.

Dravon Ames and his fiancé Iesha Harper say Phoenix police pointed guns at their heads while their 1- and 4-year-old daughters watched. The whole thing started after someone reported the 4-year-old had stolen a Barbie from a Family Dollar Store at 32nd and Roosevelt streets and put it into her backpack

After they went shopping, the family drove to a nearby apartment complex to drop their daughters off at the babysitter. When police contacted the family, Iesha was in the back seat with her daughters.

The problem is that door on rear driver side of the car is stuck and won’t open, the family says.

"I promise, it doesn't open,” Harper tells the officer in the video.

During the press conference Wednesday morning Harper explained what was going through her mind.

"We’re yelling the door doesn’t open on that side. It doesn’t open. Obviously, I don’t have a gun with two kids in my hands,” said Harper.

Phoenix police releasing this statement and a blurred out video on their Facebook page. It reads:

“On June 11, 2019, we were provided video of an officer taking two individuals into custody while investigating a shoplifting incident in the area of 3200 East Roosevelt Street. This occurred after the suspect vehicle was stopped a short distance from the scene of the theft.  The Phoenix Police Department takes all allegations of misconduct seriously and for this reason, this incident is currently being investigated by the Professional Standards Bureau.”

Warning: Video contains language that could be offensive

In the meantime, Ames and Harper say their 4-year-old daughter has been traumatized by the incident and they’re exploring legal options with an attorney. The family will be represented by former Arizona Attorney General Tom Horne.

They said they want to know why police acted that way when they were not arrested or even cited for any crime.

“I’m just disappointed because I really taught my daughter not to be afraid of the police," Harper said.

Ames and Harper were detained but not arrested or taken to jail. the Family Dollar Store is not pressing charges.

We reached out to Phoenix police after the press conference for further comment, but a spokesperson told 12 News it’s department policy not to comment on an ongoing investigation.