James Garcia was shot and killed by Phoenix police officers in a driveway on July 4. Now, the FBI will conduct an independent civil rights review. 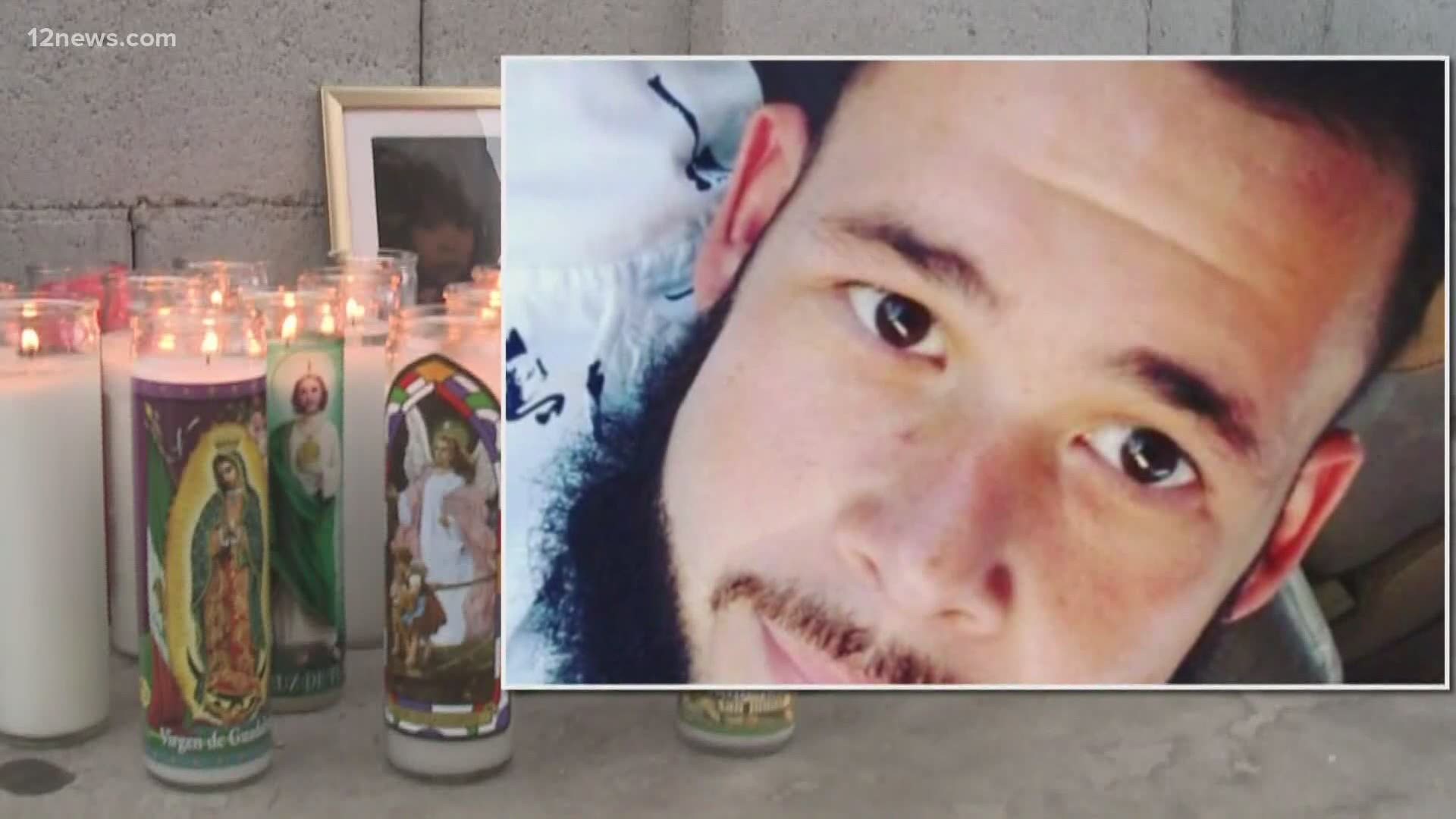 PHOENIX — Phoenix Police Chief Jeri Williams announced Tuesday that the department is bringing in the FBI for help investigating a July 4 officer-involved shooting where officers shot and killed James Garcia, who was in a car in a driveway.

"I am announcing today that I have asked the FBI to conduct an independent civil rights review into the July 4, 2020, officer-involved shooting at 56th Avenue & Glenrosa," Williams wrote in a release. "This incident has gained wide-spread attention within our community and across the country."

The officers involved were identified Thursday night as Noel Trevino and Gregory Wilson.

While redacted body camera video edited by the department was made available on Monday from an officer not involved in the shooting, Williams says more body camera video will be released within a 10 to 14-day window.

The shooting happened around 1 p.m. in west Phoenix at a home near 56th and Glenrosa avenues.

The suspect was later identified as 28-year-old James Porter Garcia.

According to Phoenix PD, at some point, while officers were talking with Garcia in the driveway, he armed himself with a handgun. Officers instructed the man to get out of the vehicle and he refused and rolled up his window. Officers instructed Garcia to drop the handgun, but police say he would not drop the gun but began to lift it. As he did so, two officers fired their weapons into the vehicle at the suspect

New eyewitness video shows what was happening moments before the shooting.

Garcia was taken to the hospital where he was pronounced dead.

Phoenix PD says there were two officers involved in the shooting and they were wearing body-worn cameras.

On Monday, the department released an edited video of an officer who was not involved in the shooting but removed a handgun from inside the vehicle.

Police have not released video from the perspective of the officers that fired.