Phoenix mulls converting street lights to LED -- but is that unhealthy?

The streets of Phoenix are about to get brighter. 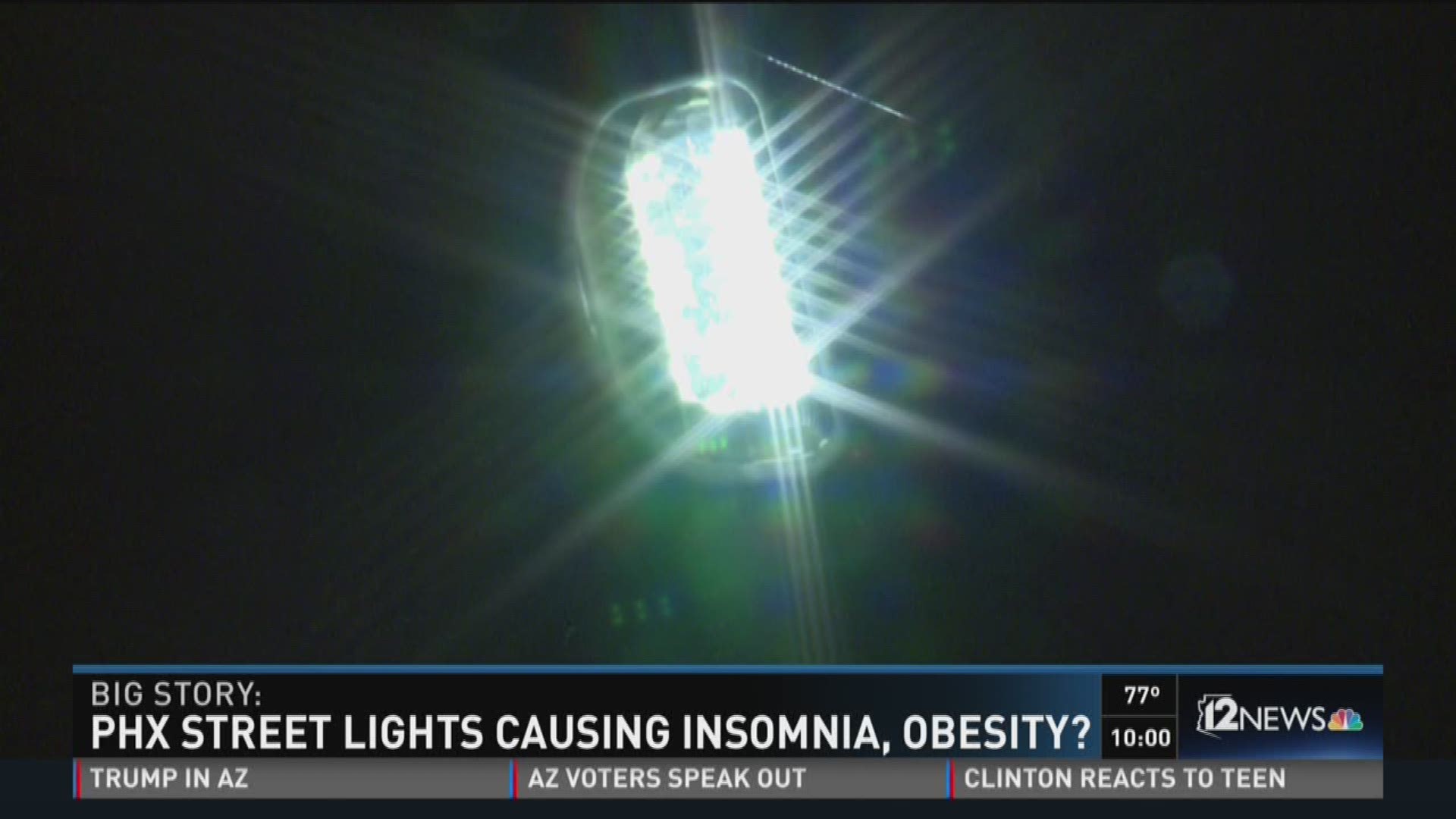 The streets of Phoenix are about to get brighter.

Phyllis Burrell and her neighbors on West Pecan Road in south Phoenix are getting an early taste of LED street lighting ahead of a plan by the city of Phoenix to convert all 90,000 of its streets lights to energy-efficient LED.

“That one is like a star right in your face,” said Burrell.

The city installed six cameras along the residential street to test between two different brightness levels.

But just ahead of the conversion, a new study is blinding some people to the touted benefits of the new lights.

In several U.S. cities that have already made the switch, residents are complaining that the lights are too bright and affecting people's sleep.

Add to that study by The American Medical Association, which called LED a potential health risk, especially for people with sleeping disorders.

“This light right here was giving us a problem and we had to get big blinds and move stuff in front of it, so I can relate,” said Aaron Fairbairn, as he pointed to the LED street light directly in front of his house on West Pecan Road.

According to the AMA the negative effects have to do with the street lights going from a mellow yellow to a bright white.

The report says long-term exposure can increase the risk for insomnia, diabetes, cancer and distracted driving.

On the flip side, LED lights are 50 percent more energy efficient, last five times longer than the old bulbs and will save the city $2.8 million a year in energy costs.

To avoid the negative effects of LED lights, the AMA recommends keeping the lights at a warm glow of around 3,000 kelvin, not daylight white, which is around 4,000.

A city representative told 12 News both levels are currently under consideration.

The brightness level would have to be approved by the city council before taking effect.

The city is actively seeking any public comment on the matter.

Around 1,500 street lights throughout Phoenix have already been converted due to yearly maintenance.

For more information on the LED conversion here in Phoenix, visit the city's website.