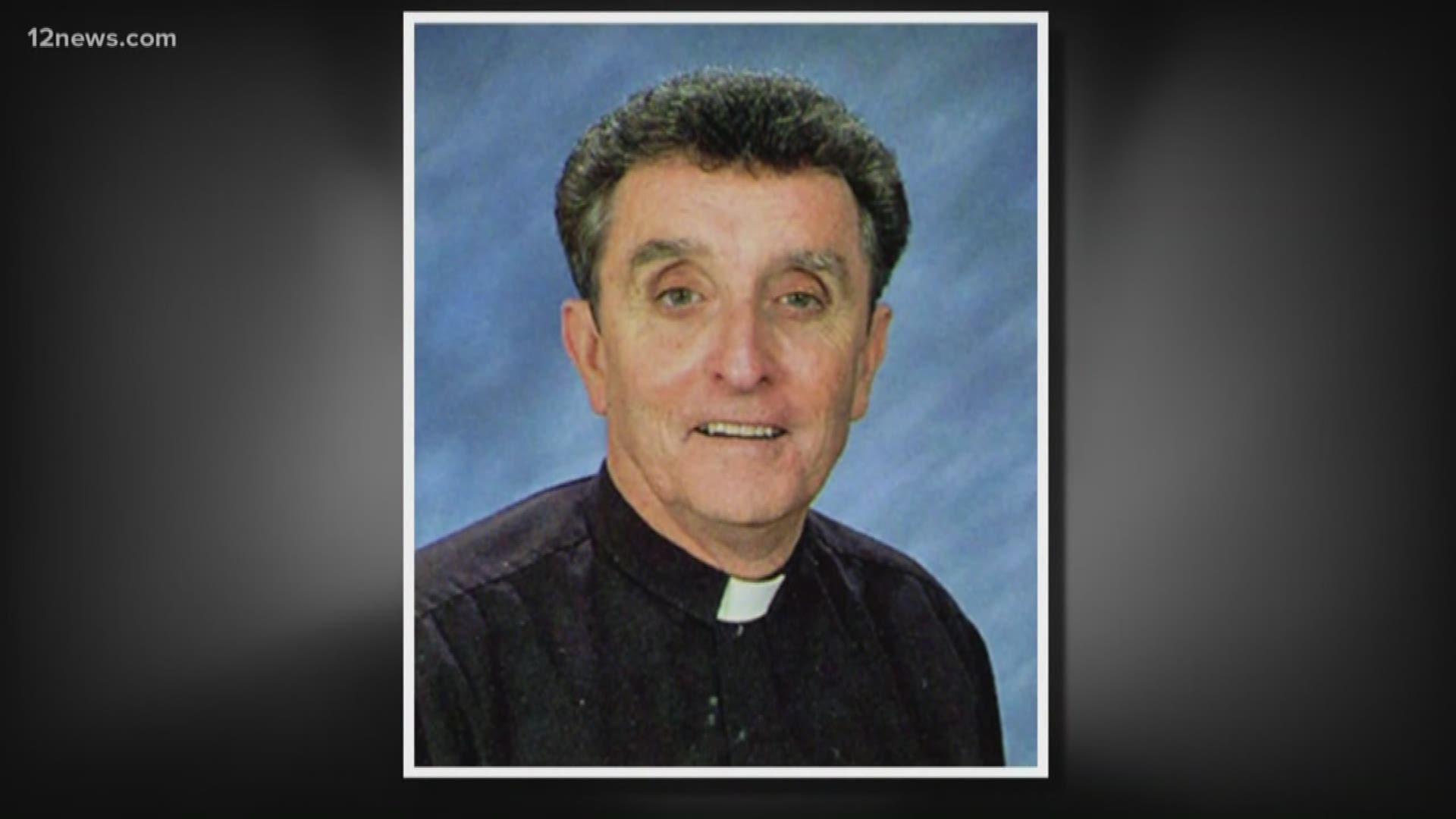 PHOENIX — A Maricopa County grand jury charged a former Catholic priest on Wednesday in connection with the sexual abuse of two boys under the age of 15 between 2003 and 2007. But the allegations against John "Jack" Dallas Spaulding, 74, go back for decades.

Spaulding was charged with six counts of sexual misconduct with a minor and one count of molestation of a child.

But Spaulding is accused of sexually abusing multiple other boys in the years before that. The allegations stretch back to the 1970s -- to when he was a young priest in Glendale.

The Diocese of Phoenix said in a statement Thursday that Spaulding was placed on leave from St. Timothy Parish in June 2011 after an investigation found that an allegation of sexual misconduct against him was credible.

Spaulding was prohibited from publicly identifying himself as a priest when he was removed from the ministry.

Since he was suspended, several more similar accusations against Spaulding surfaced.

In August 2011, the Diocese said a man anonymously reported being sexually abused by Spaulding. The allegations went back 37 years to when Spaulding was serving at Our Lady of Perpetual Help Parish in Glendale.

The man later reported the assault to Glendale police, but the Diocese said it appeared from the police report that the department did not investigate the allegation.

By October 2011, three more men reported to the Diocese that they were molested by Spaulding after meeting him at Glendale parishes – two of them when they were 13 years old and one when he was 11.

The Diocese said it advised the men to contact Glendale police, but the men told the Diocese they had no interest in doing so.

According to the lawsuit, Spaulding molested a 13-year-old boy in the mid-1980s when Spaulding was a pastor of Maria Goretti Parish in Scottsdale.

The lawsuit claims the victim developed post-traumatic stress disorder from the abuse and fell into a life of self-destructive behavior. He died in 2010 when he attacked his father while under the influence of methamphetamine and was shot in self-defense.

According to the lawsuit, Bishop O'Brien knew Spaulding had molested boys before, but he transferred Spaulding to different parishes within the Phoenix Diocese without notifying parishioners.

In 2014, a special tribunal found Spaulding guilty of sins against the Sixth Commandment and recommended he be dismissed from the clerical state, according to the Diocese.

However, Spaulding appealed the case and it is still pending, so he has not yet been officially removed from the clergy, the Diocese said.

In June 2019, the Diocese received another report from a man claiming Spaulding sexually abused him when he was a boy.

The Diocese said it has been cooperating with law enforcement and reported all claims of sexual misconduct against Spaulding to investigators.

You can read the full grand jury indictment against Spaulding below.

The Diocese of Phoenix says it encourages anyone who has been a victim of abuse to call the Maricopa County Attorney's Office or their local law enforcement agency.

You can also learn about support services for abuse survivors at the Office of Child and Youth Protection at 602-354-2396 or at dphx.org/youth-protection.

• AP: Hundreds of priests accused of child sex abuse living with no oversight