The meeting will allow residents to voice their concerns over an alleged excessive use of force incident. 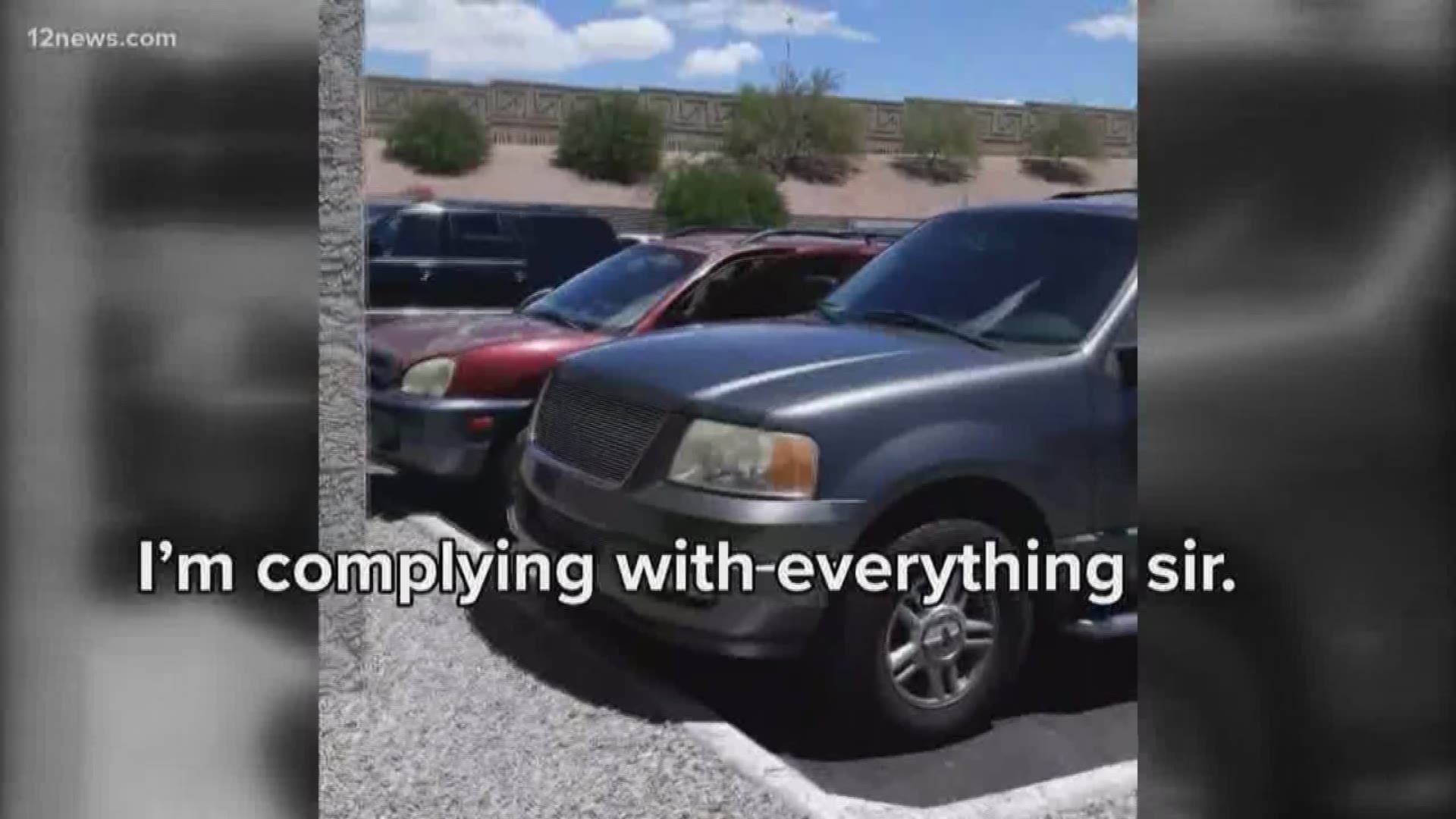 PHOENIX — Phoenix Mayor Kate Gallego said a community meeting will be held after videos surfaced showing officers allegedly threatening to shoot a black couple and their young children over a reported shoplifting incident from last month.

Gallego, in an emailed statement released Saturday through her spokeswoman Annie DeGraw, said she was "sick" over the incident in late May involving Dravon Ames and Iesha Harper.

"It was completely inappropriate and clearly unprofessional," Gallego said in the statement, adding that she was deeply sorry for what Ames, Harper and their young daughters, ages 4 and 1, went through.

"There is no situation in which this behavior is ever close to acceptable. As a mother myself, seeing these children placed in such a terrifying situation is beyond upsetting."

Ames and Harper filed a $10 million notice of claim -- a precursor to a lawsuit -- against the city on Thursday. They claimed the officers involved committed battery, unlawful imprisonment, false arrest, infliction of emotional distress and violation of civil rights.

Videos showed an officer pointing a gun at a visibly pregnant Harper and the young girls as they exited a vehicle. Another officer swept the legs of Ames as he was in handcuffs and pressed against the side of a police car.

The incident stemmed from a reported shoplifting from a Family Dollar store in the area of 32nd Street and McDowell Road, where the 4-year-old girl allegedly stole a doll.

Gallego said in response to the incident, a community meeting would be held on Tuesday. Police Chief Jeri Williams was asked to be in attendance to listen to residents' concerns.

"We owe it to our residents to give them an open forum to discuss their concerns with us and to propose solutions," Gallego said.

The meeting will be held at Pilgrim Rest Baptist Church near 16th and Jefferson streets at 6:00 p.m.

Gallego also said all seven precincts in the city would have body-worn cameras by August. The officers involved in the incident were not wearing them at the time.

"I recognize that to get to the bottom of this issue and implement meaningful change, we are going to have some uncomfortable and painful conversations," Gallego said.

"These conversations must continue until every one of our residents feels safe in our community."