The 62-year-old somehow stayed calm as he braced the first night lost in the canyon. 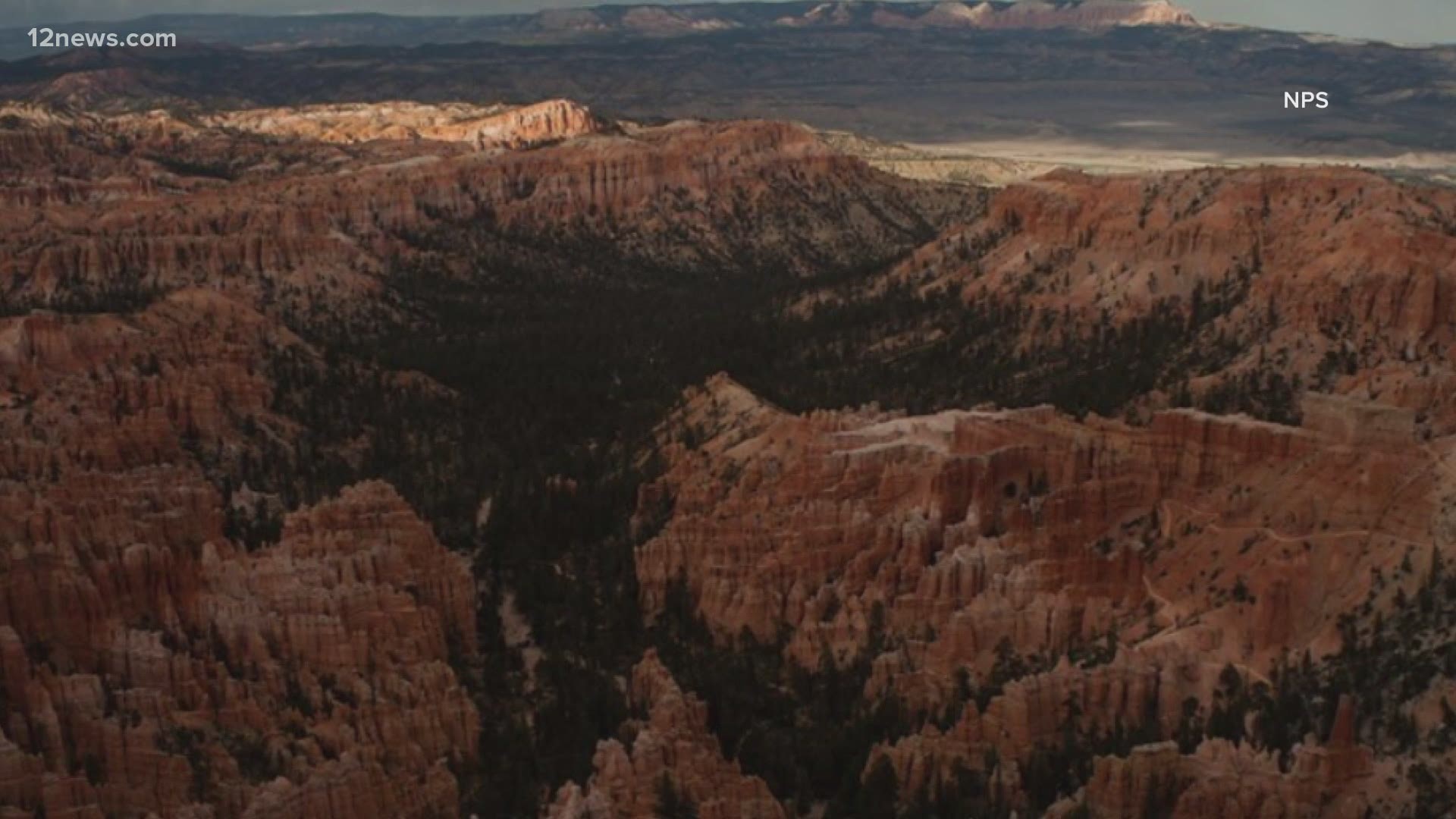 PHOENIX, Arizona — With a few days off and an inclination to be outdoors, Mark Langenbach set off for Utah last week, planning stops at Bryce Canyon National Park and later Zion.

The 62-year-old who lives in Phoenix said he's been to Bryce Canyon before and he's no stranger to hiking.

"I took what I thought was a simple four-mile loop," he said.

But Langenbach, hiking solo, wound up taking a wrong turn.

"I was fairly calm about it," Langenbach said. "I just didn’t like being cold."

Langenbach, somehow cool and collected, as he braced the first night lost in a canyon. He had just a T-shirt, pants, and a hat and had to rock for warmth.

"I didn’t panic. It just didn’t cross my mind that I wouldn’t come out."

Meanwhile, his wife Jeanine was springing into action, calling the park as soon as Langenbach missed a check-in that night.

As the days turned to nights, Langenbach said he became increasingly disoriented, even hallucinating about the presidential election candidates.

He also risked hypothermia and the threat of freezing temperatures.

"For context, I had three jackets on," said Utah DPS Trooper Landon Middaugh.  "It was pretty chilly."

Middaugh was part of the search crew flying a chopper on day three.  Right before they had to touch down for the night, he says they spotted a backpack and tried to land near it. They hiked toward it and eventually found Langenbach, after three days and two nights missing.

"When we came around that corner," Middaugh recalled. "It was pretty incredible he was still alive and talking."

"I remember a guy piggybacked me out," Langenbach said.  "A mile and a half."

He was flown to safety and taken to a hospital in Utah, where he spent a few days. His wife was by his side while his children both flew in from out of state.

"Never give up," Langenbach said.

"There’s always people out there willing to help you. I can’t imagine all these strangers who I’ve never met before dropping everything for three days, trying to find me."

Eventually, Langenbach became well enough to head home to Phoenix.  His wife sent a picture wearing a new shirt, with the phrase "I Survived," fitting for his feat.

"Just gratitude he’s alive and a lot of people to thank," Jeanine said.

Despite it all, he plans to go back and tackle the same trail again, just with a group or a guide.

Bryce [Canyon] National Park did ask us to let them know we’re there," she said with a laugh. "So they could follow us."

Middaugh said they've seen an increase in rescue calls this year because of increased tourism to outdoor parks in Utah, likely connected to the COVID-19 pandemic.

If you're ever in a situation like Langenbach, Middaugh said it's good to let someone know which trail you'll be on.

He said because Langenbach told his wife where he'd be going, they were able to narrow down a place to search. He also had a phone, but reception was tough to find in the canyon.

Middaugh also advises packing for potential problems by bringing layers, a flashlight, and plenty of water because you never know when you might take a wrong turn.