Starting in November, Phoenix will be the largest city in the U.S. with a fine-free library system. 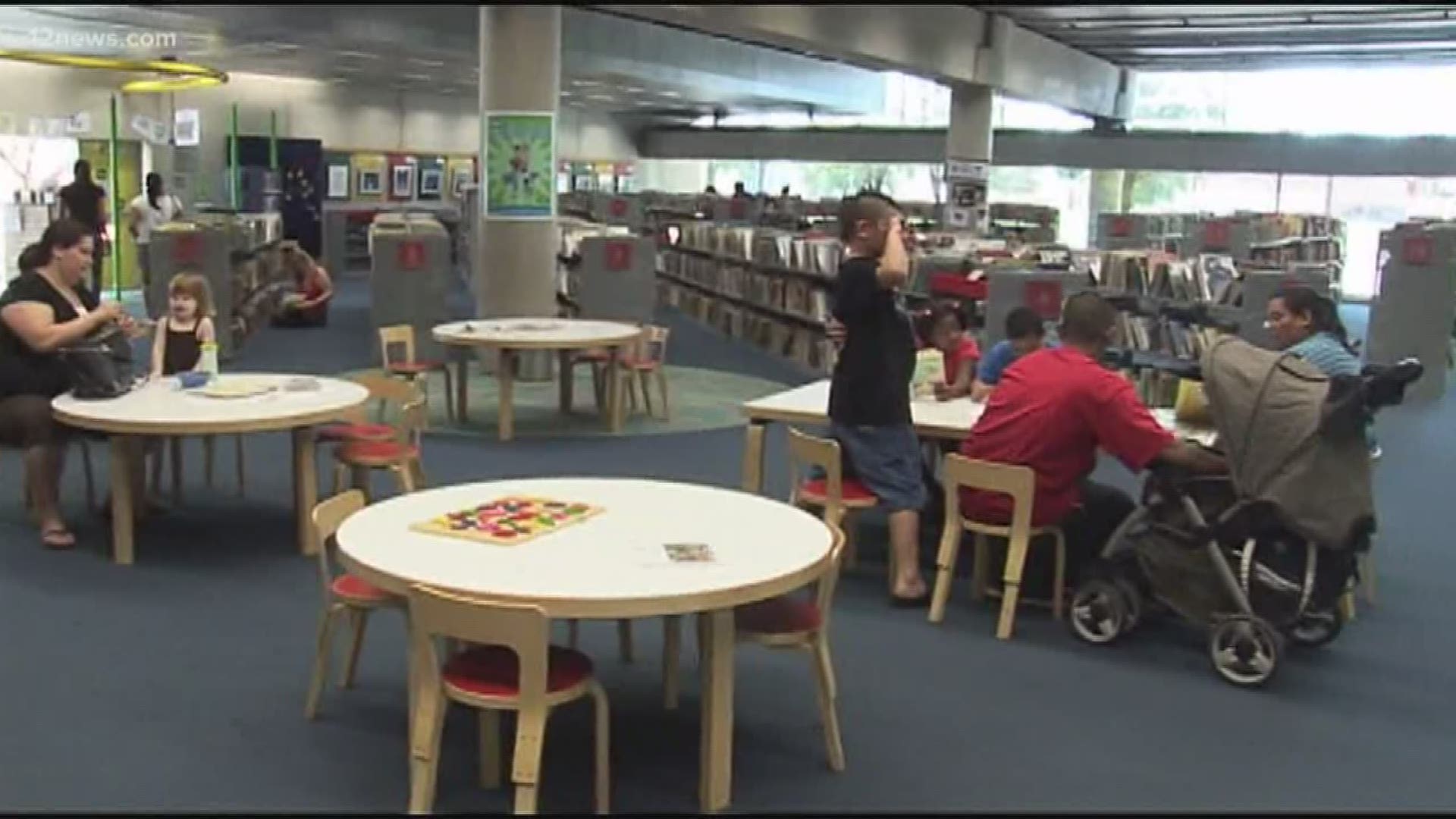 PHOENIX — In a couple of months, Phoenix public libraries will no longer charge late fees.

The Phoenix Public Library system is following the lead of several others across the country. Supporters of going fine-free say overdue fines discourage people from using library services. Opponents say late fees are a vital source of revenue for library operations.

Some research, like this 2018 study from Bowling Green State University, suggests fines do not even ensure that library materials will be returned on time.

The changes at Phoenix libraries go into effect in November. The 17 branch libraries will no longer charge for late-returned materials, and existing overdue fines will be forgiven.

Instead of fines, borrowers will first receive a courtesy reminder three days before the item's due date to remind them to turn it in. Then, after the due date has passed, the person will get three overdue notices.

The library will issue a bill to replace the item if it still hasn't been turned in 51 days after the due date. These replacement fees will remain the same.

The Phoenix library system is not the only one in the Valley that has eliminated fines. The Maricopa County Library District did away with overdue fines in May.

Here's where to find your nearest Phoenix Public Library.

MORE: Where to find 'Little Free Libraries' all over the Valley