The message of the campaign is simple: California struggles are real. 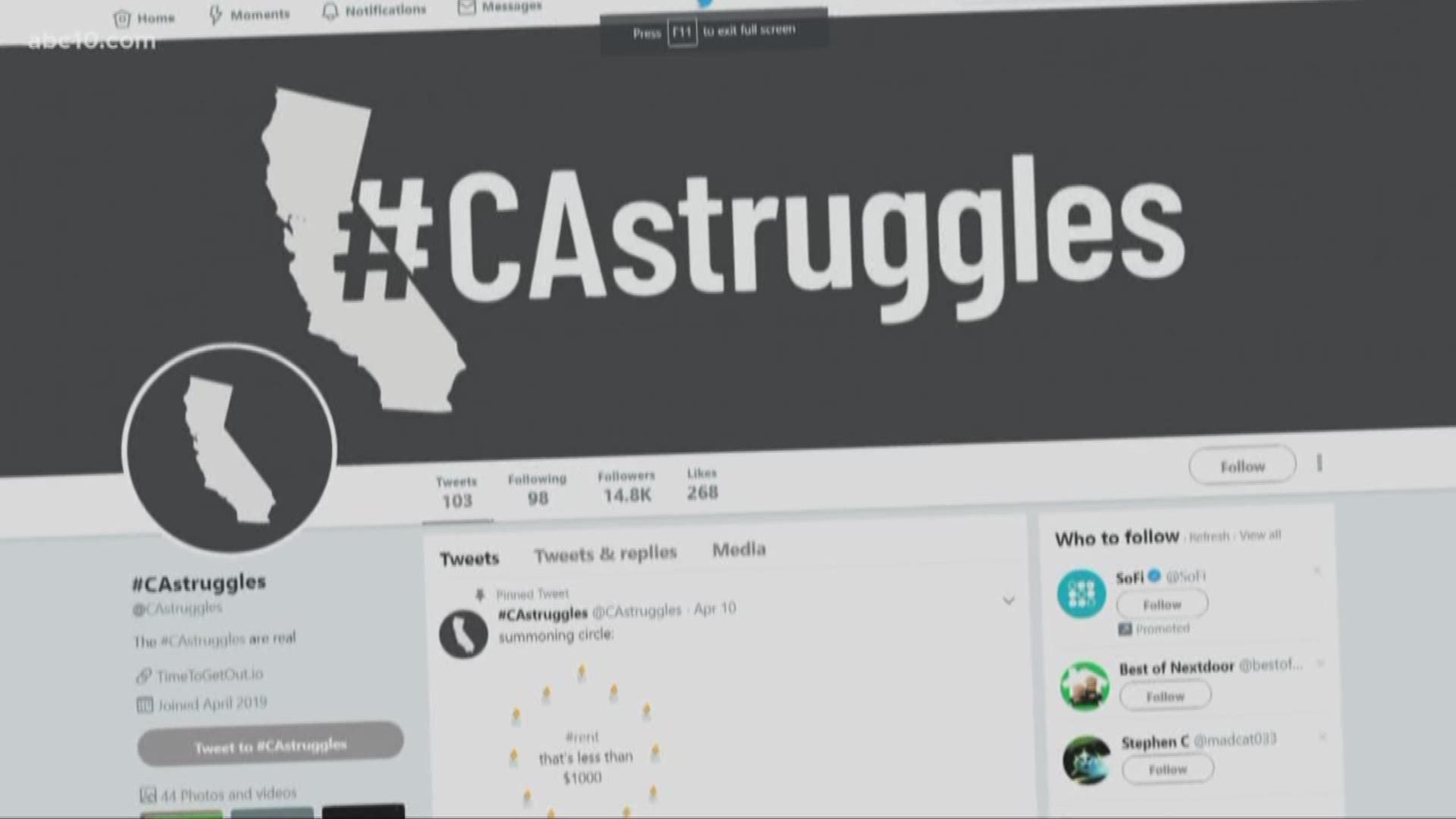 Editor's Note: The above video is from KPNX's sister station in Sacramento, KXTV.

PHOENIX - It's no secret that Phoenix is growing. Recent United States Census Bureau data showed Phoenix as one of the fastest growing cities with the largest numeric increase in population between July 1, 2017 and July 1, 2018.

But the Greater Phoenix Economic Council it would appear wants the city to grow even more or at least for people and company's to consider a move to Phoenix. So much so that the group has launched a campaign specifically targeting Californians. The message of the campaign is simple: California struggles are real.

In what the group referred to as a "light-hearted moment," they created the Twitter account @CAstruggles in April which basically trolls California using memes and other tweets about problems Californians might face, like a high cost of living.

The group is also taking its campaign to the streets of Silicon Valley with two dozen custom-wrapped vehicle which will cruise around the Bay Area for 12 weeks, according to a release from the group. The wrapped vehicles point people to the campaign's website, which compares the state's by the numbers while showing why Phoenix would be a better place to set up shop.

"We know it’s not an easy decision to move, but when you start to evaluate your situation, you’ll see that in Greater Phoenix you can afford a home, have less than a 30-minute commute, enjoy 300+ days of sunshine per year and live a life where you stress a bit less," a message on the campaign's website reads.

According to a release from the GPEC, 60,000 Californians moved to Arizona in 2017. The GPEC says it has helped more than 200 companies, like Yelp, Charles Schwab, and Weebly, make the move from California to Arizona.

"While the campaign is new, the exodus of businesses and residents from California to Arizona started years ago and is a major reason Arizona’s Maricopa County is the fastest growing in the U.S. for the third straight year," the group said.