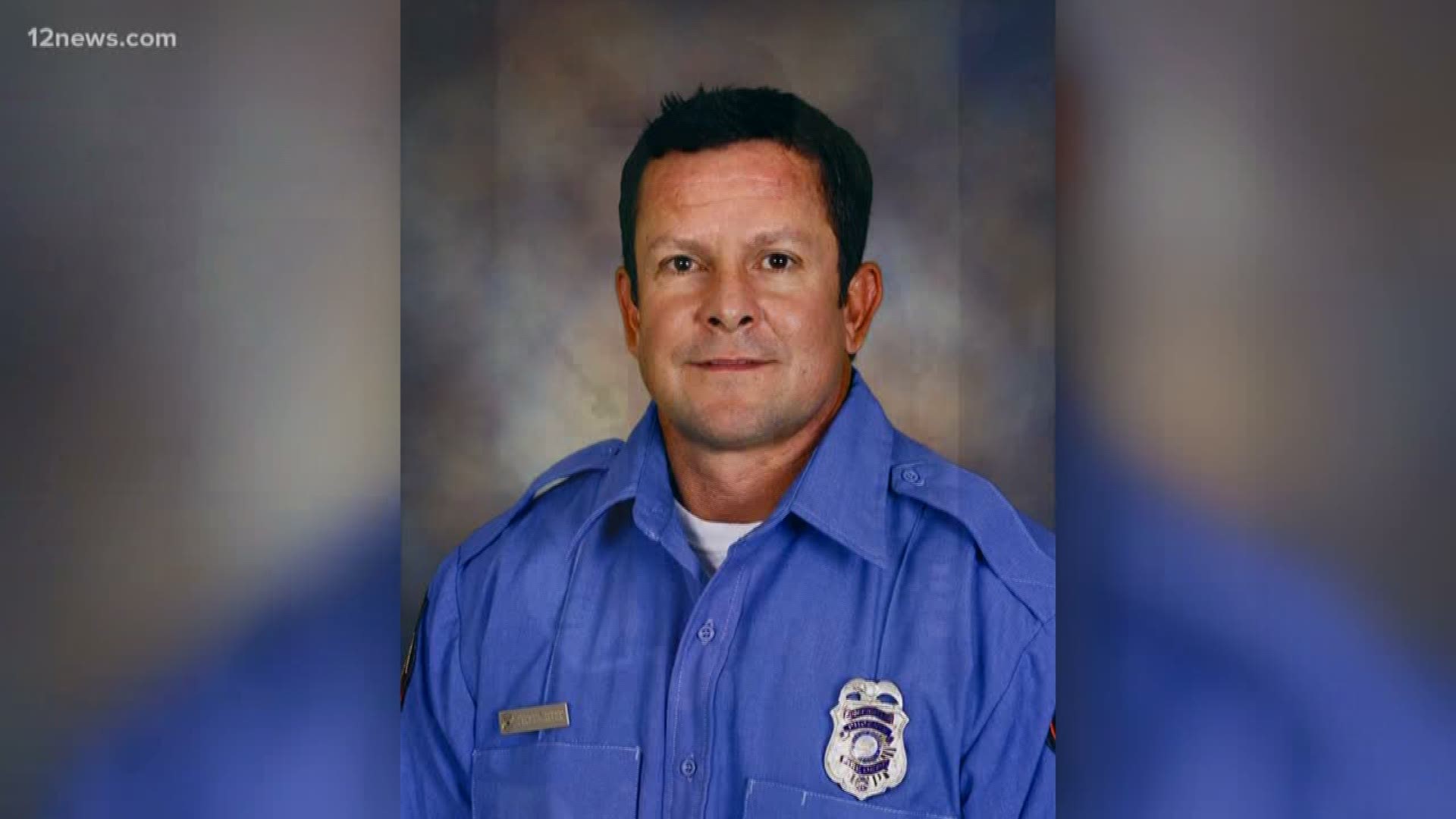 PHOENIX — A firefighter has died from cancer contracted in the line of duty, United Phoenix Firefighters announced Thursday night.

The association said Phoenix firefighter Rick Telles has been battling an aggressive form of cancer he contracted as a result of being a firefighter.

"His family was everything to him," union spokesperson PJ Deal said. "And he had two families, his immediate family, his wife and kids, and his family at the fire station."

But Deal said Telles's cancer was likely caused by firefighting. It's a trend seen nationwide as cancer is the leading cause of firefighter deaths.

Previously, Deal said, firefighters believed they were protecting from cancer-causing fumes and materials if they wore their firefighting turnouts and oxygen masks. But they've since come to realize they're not.

"You absorb so much of the toxins in your skin when you're exerting yourself," Deal said. "Those toxins retain in your gear that you could absorb down the road."

Congress passed a law in 2018 requiring the Centers for Disease Control to study rates of cancer in firefighters.

“The Phoenix Fire Department mourns the passing of Firefighter Rick Telles. Firefighter Telles’s commitment to excellence in all aspects of his profession made him an asset to the department and held him in the highest regard by his peers. Our profession is diminished in his absence.”

United Phoenix Firefighters
It is with deep sorrow we announce the passing of Firefighter Rick Telles. Brother Telles has fought fearlessly against an aggressive form of cancer he contracted as a result of being a Firefighter....