John Weeks, a 50-year-old father of three, is dead after an angry patron shot and killed him at his business. His daughter found his body. 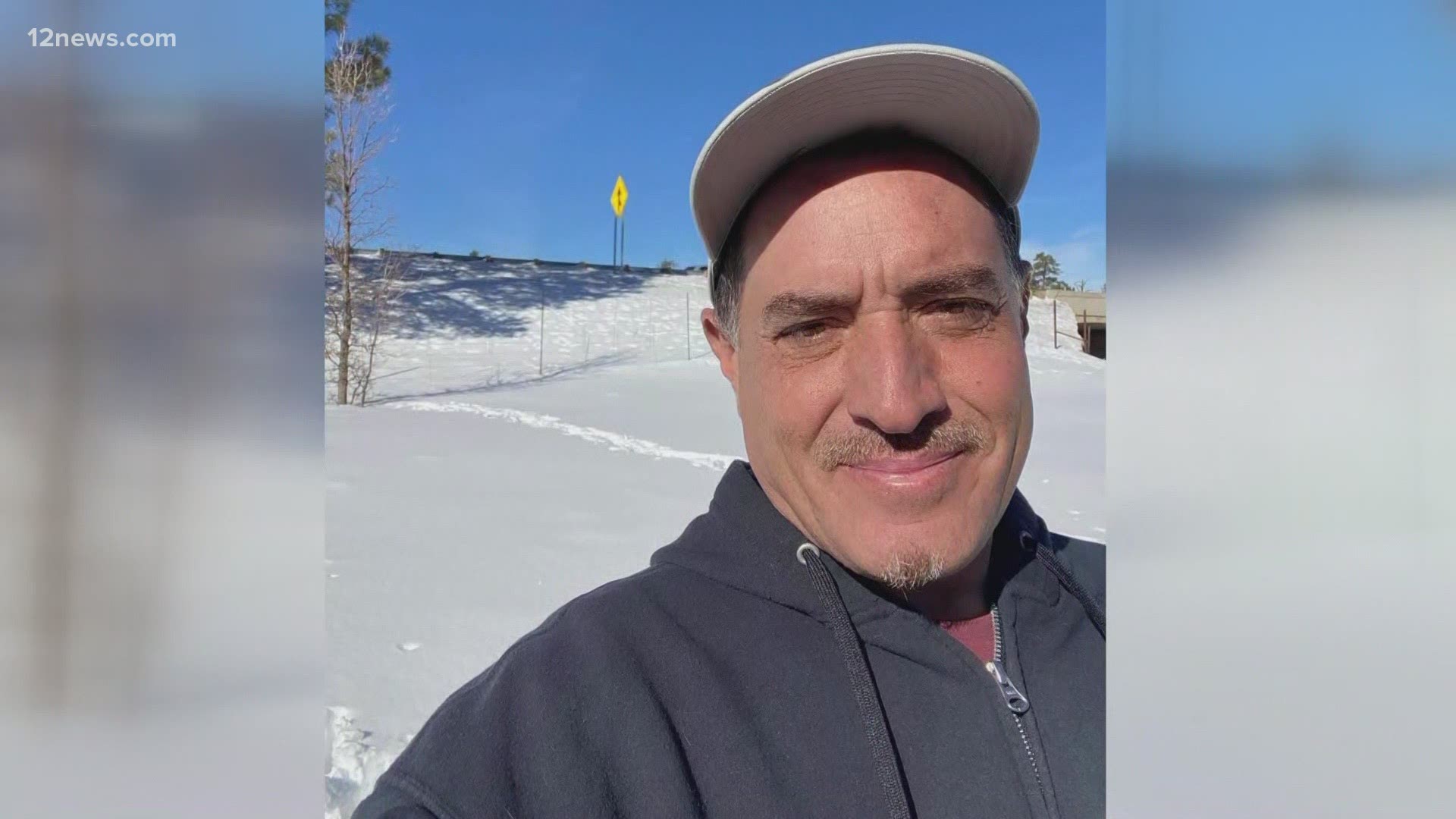 PHOENIX — A family is grieving after a Valley father of three died in a senseless act of violence.

John Weeks was working at his towing and impound business when an angry patron shot and killed him.

Phoenix police say the suspect, Donovan Johnson, admitted to killing 50 year-old Weeks. He was arrested Monday after police tied the vehicle seen leaving the scene to him. Investigators say the car was stolen.

“I miss him so much and I’m just trying to bare you know? It’s hard,” Weeks' mother, Josephine Melchisedech, said through tears.

Weeks was her last living child. It’s also a tough time for his children, who recently lost their mom.

“I miss my father. Not even 3 months ago I lost my mother so I’m just heartbroken,” says 19 year-old Lexus Weeks, his eldest daughter.

Weeks worked hard as the owner of AZ Metro Towing. He employed many people who needed second chances in life. His family worked there too.

Last week his daughter tried to calm down a man who got angry when they couldn’t release a car to him.

“He said the day before he had just gotten out of jail. He had no identification he had no way to prove that was his car. He got upset and said my name is Donovan Johnson, you remember that and I will be back…For us it was an open threat because what can he really do,” said Lexus Weeks.

The next day Lexus returned from her break to find her father on the ground.

“His face was swollen. I found my father dead and I didn’t know he was dead yet,” said Lexus Weeks.

Police say Donovan Johnson is responsible for killing Weeks. The probable cause affidavit says he admits to shooting him after feeling “disrespected” and snapping.

“It is not a valid reason to take someone’s life. Even if you are mad,” said Lexus Weeks.

Now her father’s business is closed, as the family tries to figure out how they will go on without him. The family put up a spotfund to help with expenses.

“If someone was down on their luck it was my uncle to take his shirt of his back,” said Amandah Matuschak-Keesler, John Weeks’ niece.

“He sympathized with people. He went out of his way to make sure people were taken care of,” said Lexus Weeks.

Johnson is a convicted felon. He’s now behind bars facing first-degree murder charges. He is due back in court next week.