Teresa Tejeda is forced to find a new place to live after a fire destroyed the place she called home since she was 3. 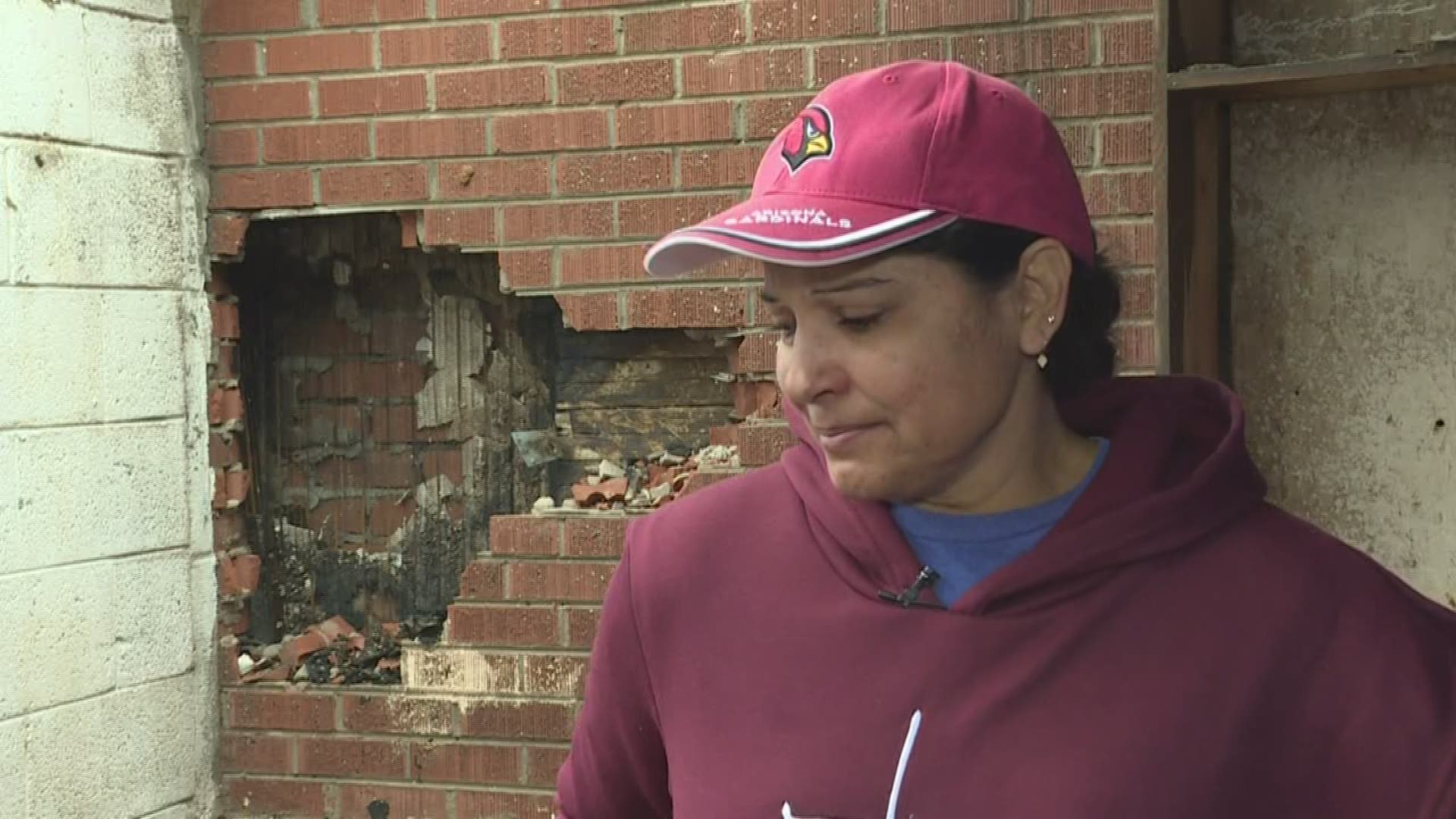 PHOENIX — The last thing Teresa Tejeda was planning to do was tour her fire-ravaged home just two days after Christmas.

On Thursday morning, a fire in the attic destroyed the place she called home since she was 3 years old.

“It's just hard because I don't know if we can even fix it," Tejada said.

"It's hard because I think it has lots of memories."

Built in the 1930s, the house near 28th Avenue and Buckeye Road in Phoenix had a flaw lurking behind the walls.

"That shouldn't have been there and I guess when the fireplace got too hot, then the wood started catching on fire."

Three City of Goodyear employees on their way to work just happened to notice the smoke from a few blocks away, called the fire department and helped get the family out safely.

But this tragedy couldn't have come at a worst time -- Teresa just started taking chemo pills after she was recently diagnosed with leukemia.

She's also kindergarten teacher at Jack L. Kuban Elementary School with a limited income, and now her family is forced to find a new place to live.

“It's just been all overwhelming,” Tejeda said.

“It is really heartbreaking but what really matters is we're all OK.”

Tejeda’s family has received help from the Arizona chapter of the American Red Cross and her church. Her colleagues in the Murphy Elementary District have started a GoFundMe account as well.