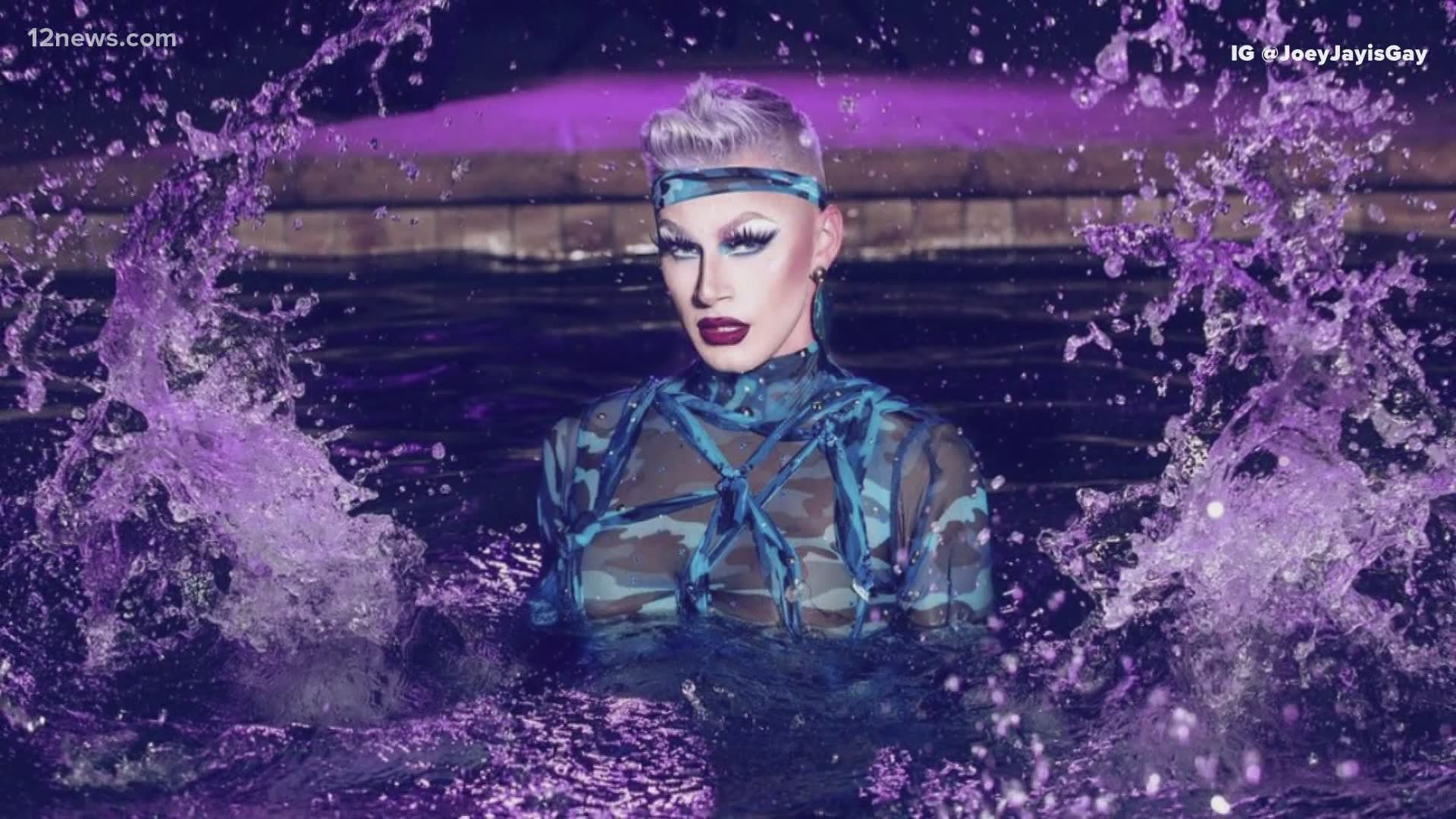 PHOENIX — Joey Jay is a Valley favorite in the drag world and the first Phoenix-based queen to compete in VH1's Rupaul's Drag Race. The reality competition show is in its 13th season and has won a record 19 Emmys awards.

“To be on RuPaul’s Drag Race, it’s a big deal,” said Jay. "I’m so happy we finally have a spotlight to show what Phoenix has to offer because baby it is good!”

The show has helped millions around the world fall in love with the art of drag and introduced drag culture into the mainstream media. Each week the queens compete in challenges from performances to runways to "lip syncs for their lives," for $100,000 dollars and the crown of "America's Next Drag Super Star."

The season was filmed in the middle of the COVID-19 pandemic and before filming began, contestants quarantined in a hotel for two weeks over the summer months.

While the show may be a competition, Jay sees his Drag as an opportunity to influence the show’s viewers to value difference and equality.

“So many people are offended by something you don’t understand, that’s a moment to take a step back and go why is this offensive and then we can look at the details and then it might sink in like oh I never thought about it like that.”

When Jay is in town, he performs at Kobalt Bar in Phoenix. You can also find him on his Instagram and Twitter: @JoeyJayIsGay.