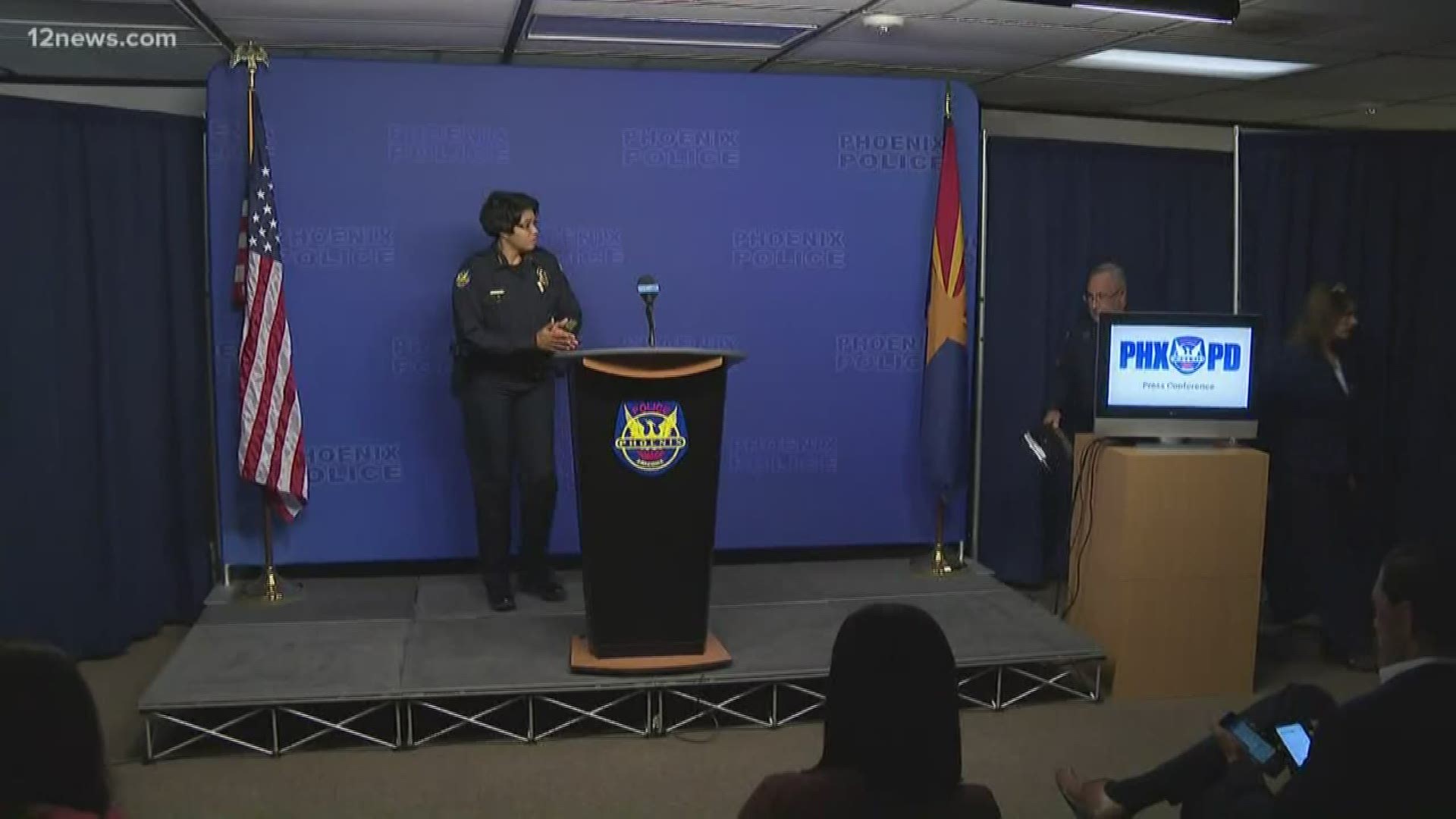 Come One Come All-We have your back!!!!!

Make sure to start your visit with tough Tempe, beat up their police, get arrested and then to blow off some steam, take your family on a shoplifting expedition, yes the whole family-kids and all. Then make sure to run from our police in a fun car chase, not once but twice and of course don’t worry about those pesky pedestrians that might be in your way.

And, if any of our police use naughty names.....I will personally fire them and skip town right after-I’m the Chief, I can do those things.

Don’t worry about the police officer’s family, his wife and kids, because Phx PD has YOUR back and we are going to take care of you and your family.....for life. YES, oh yes we are. We will give you MILLION$ of hardworking taxpayer dollars for your enjoyment. And, our city always makes sure our awful police never get a raise. We need the money for other criminals 😄. Please make sure to invite others to enjoy our community. Remember PHX PD ❤️Criminals"

In the statement, DiCiccio references a viral shoplifting incident. Christopher Meyer was seen in the video sweeping the legs out from Dravon Ames.

Williams announced she intended to terminate Meyer, even though the Disciplinary Review Board recommended six weeks unpaid suspension as his punishment. 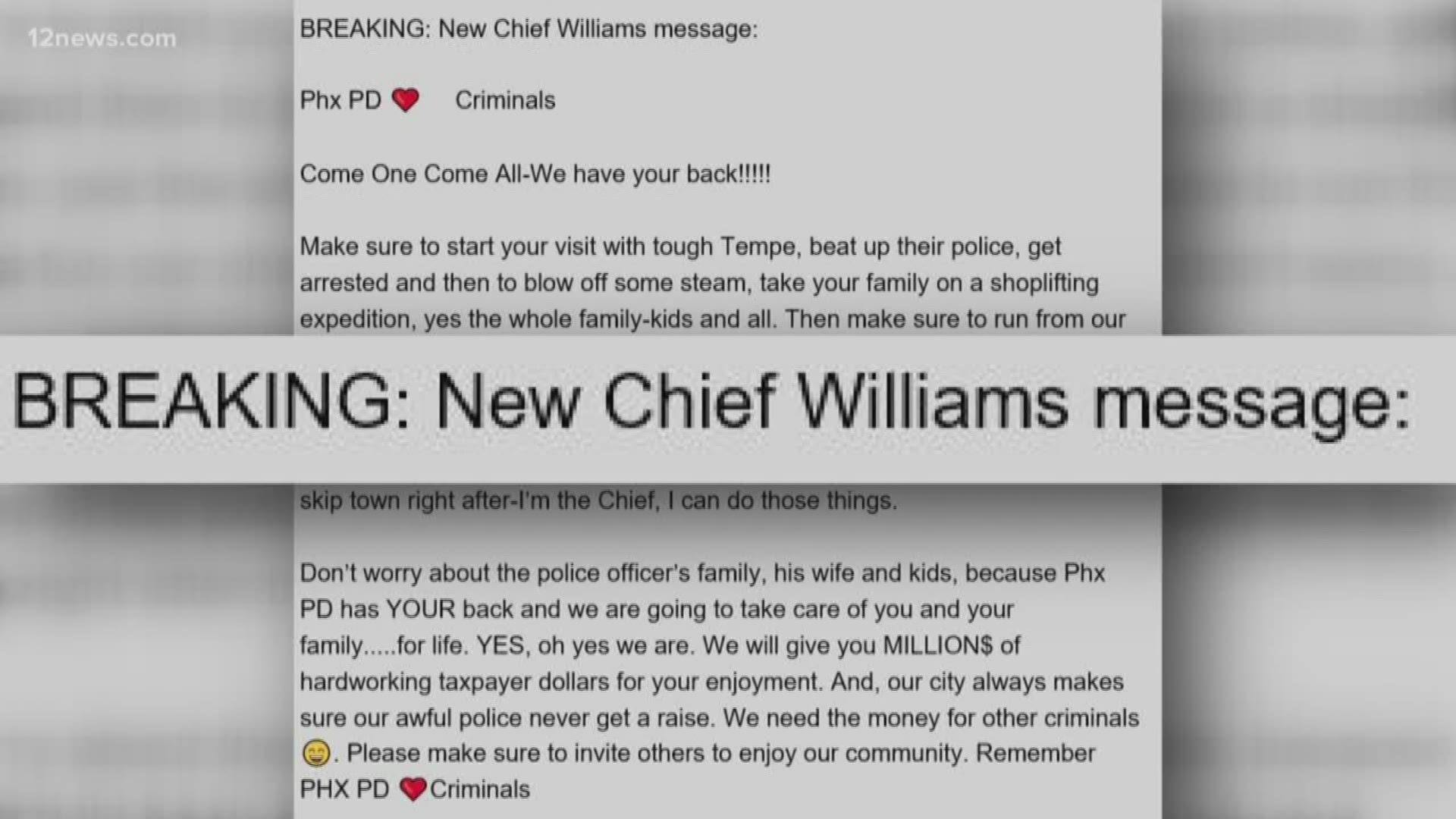 "I made my decision that the trust was eroded and that the brand called the Phoenix Police Department was eroded because of that incident," Williams said.

DiCiccio was unavailable to meet 12 News for an on-camera interview. His Chief of Staff, Sam Stone, said the statement was like a parody, adding DiCiccio believes Williams made the wrong decision.

"He believes she is caving to political pressure instead of standing for the officers she is sworn to help and protect," Stone said.

In response to DiCiccio's statement, Phoenix Police released this statement to 12 News:

"Chief Williams continues to be proud of the men and women who serve in every capacity of the Phoenix Police Department and the work they do to keep our community safe."

"I support Chief Williams and the work she is doing to make Phoenix a stronger community. The Chief was clear in her message that public safety officers will be held accountable for actions that do not reflect the values of the police department. We are continuing to move forward with modernizations to strengthen the department and community trust."

On Sunday, DiCiccio posted an open letter to the Phoenix Police Department, telling them to "Stand fast in these dark hours."

Police union leaders are considering calling a no-confidence vote in Williams. The Phoenix Law Enforcement Association announced Thursday they had received hundreds of calls and emails after the two officers were fired.