Phoenix community meeting about allegations of police abuse gets heated

Several people called for police officers accused of misconduct to be fired and shared their own emotional stories of alleged police brutality. 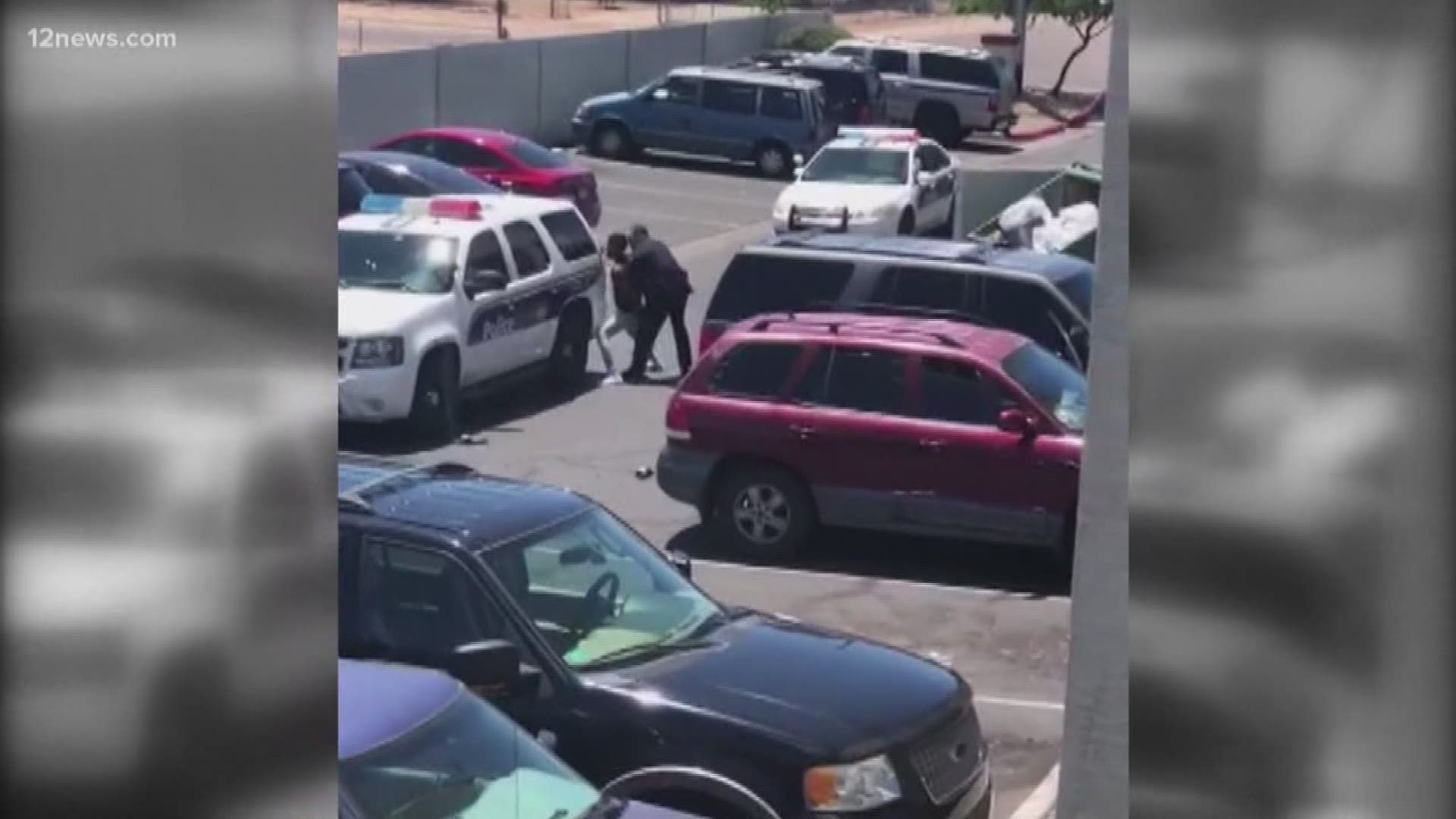 PHOENIX — Hundreds of people showed up to a community meeting to vent their frustrations with police in response to a controversial police encounter captured in viral video. The family involved has filed a $10 million notice of claim against Phoenix, alleging the use of excessive force.

RELATED: What we know about the viral confrontation between Phoenix police officers and family

City leaders called the community meeting in response to the backlash from the video. Phoenix Mayor Kate Gallego and police Chief Jeri Williams were there to hear the public's concerns.

Outside the church, a group of people held signs and chanted to protest alleged police brutality.

About 2,500 people filled the church for the meeting, according to the fire marshal. People waited in long lines to get in before the meeting started around 7 p.m.

Among the attendees was the family involved in the encounter. Dravon Ames, Iesha Harper, and their two young children walked in with Rev. Jarrett Maupin and their attorney, Sandra Slaton, to applause from the people in the room.

Ames and Harper shared their thoughts about the viral confrontation. 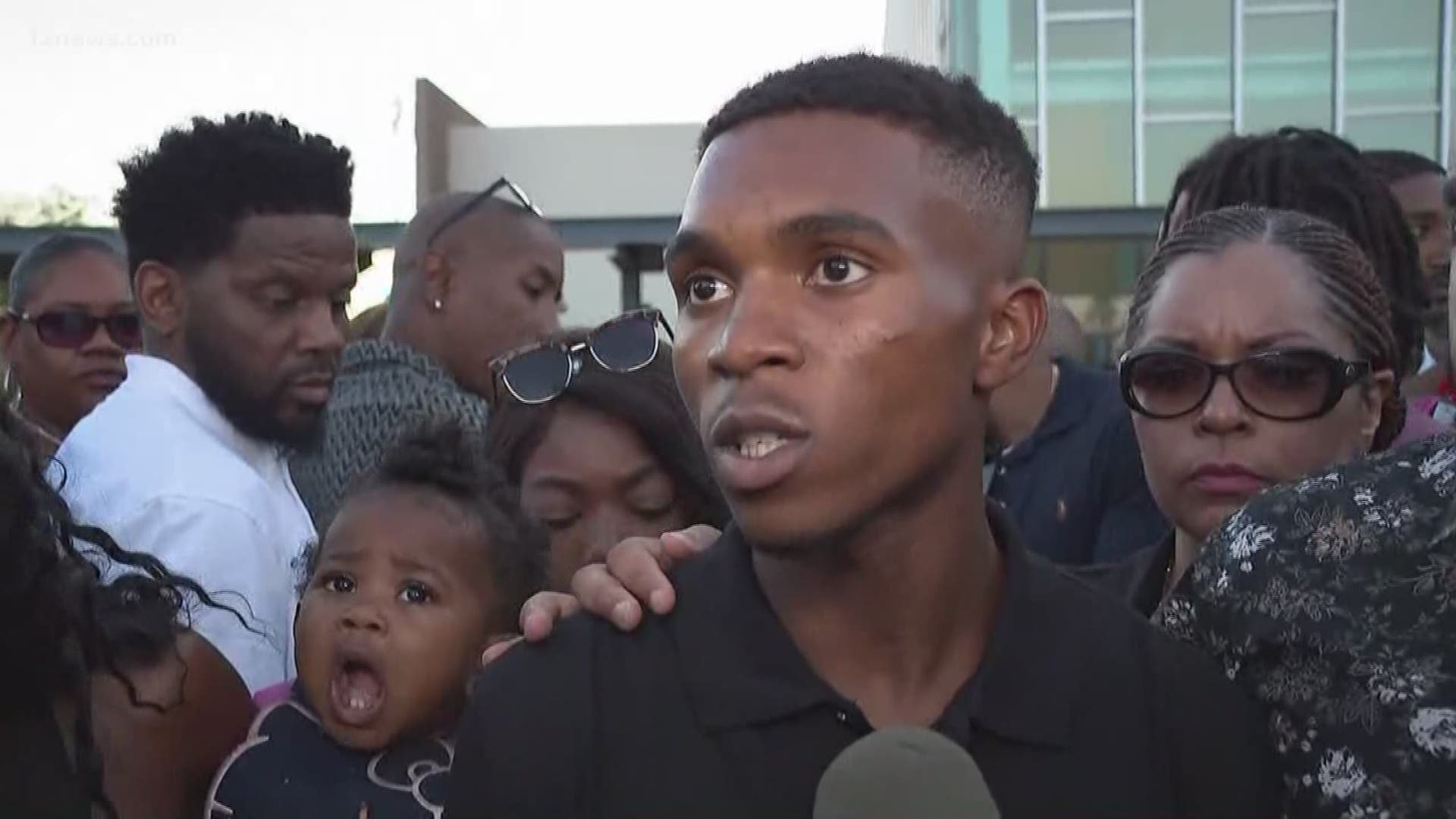 He also thanked the bystanders who recorded the video for their support during the police encounter.

“All I want is for the officers to be fired,” Harper said, holding her 1-year-old. “A little justice will do, since the other families haven’t been able to get justice.”

One man said he had a similar experience with Officer Christopher Meyer, a 24-year veteran with the police department who was heard in the bystander video shouting “You’re going to f------ get shot!” as he pointed his gun at the couple.

Meyer is the same officer seen sweeping Ames’ legs and shouting, “If I tell you to do something, you f------ do it!” 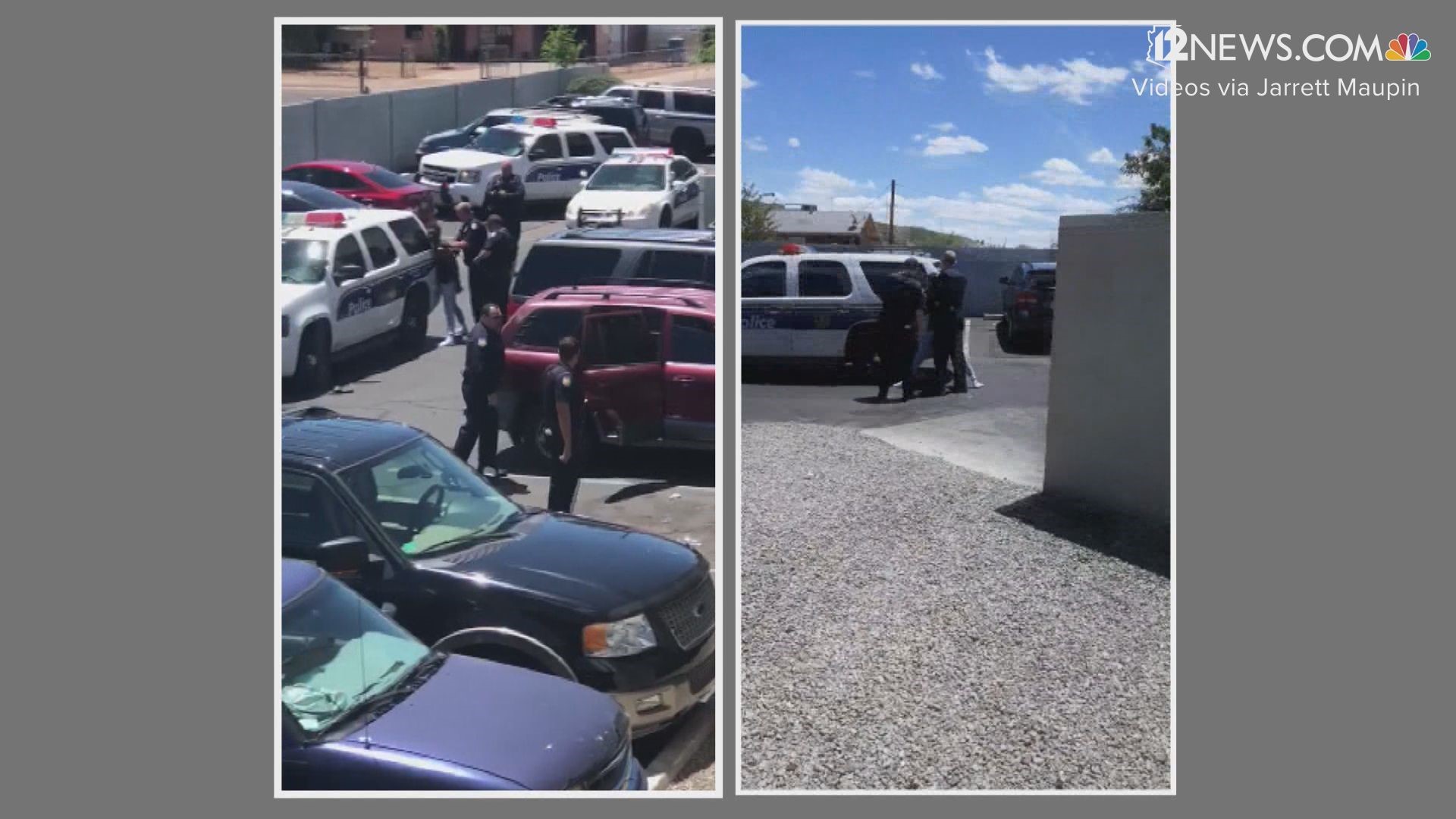 Dante Patterson spoke about his own encounter with Meyer in January 2018. He said he was pepper sprayed while walking away.

After the family, Maupin, Patterson and Slaton spoke, they left the room as the crowd again applauded them.

Many attendees shared emotional stories of their own experiences with police—many of which they said ended in tragedy. They demanded major changes to the Phoenix Police Department's current policing strategy and called for officers accused of misconduct to be fired.

The officers involved in detaining Ames and Harper in May were assigned to desk duty after the video of the encounter came to the department's attention.

At one point, Williams took the microphone to address the crowd, which was met with shouting and boos from several attendees.

Williams said changes would eventually be implemented but cautioned that "I have rules to follow" and that change could take a long time.

“Real change doesn’t start with the police department. Real change starts with our community,” she said.

Williams clarified her statement after the dissatisfied crowd responded with angry shouts. She said the police department is a part of the community.

Williams also said there would be more community meetings in the future for further discussion.

More people were given the opportunity to speak before the meeting ended at 9 p.m.

Mayor Gallego spoke briefly and was met with scattered boos as she told the attendees city leaders would "come back in 30 days with recommendations."