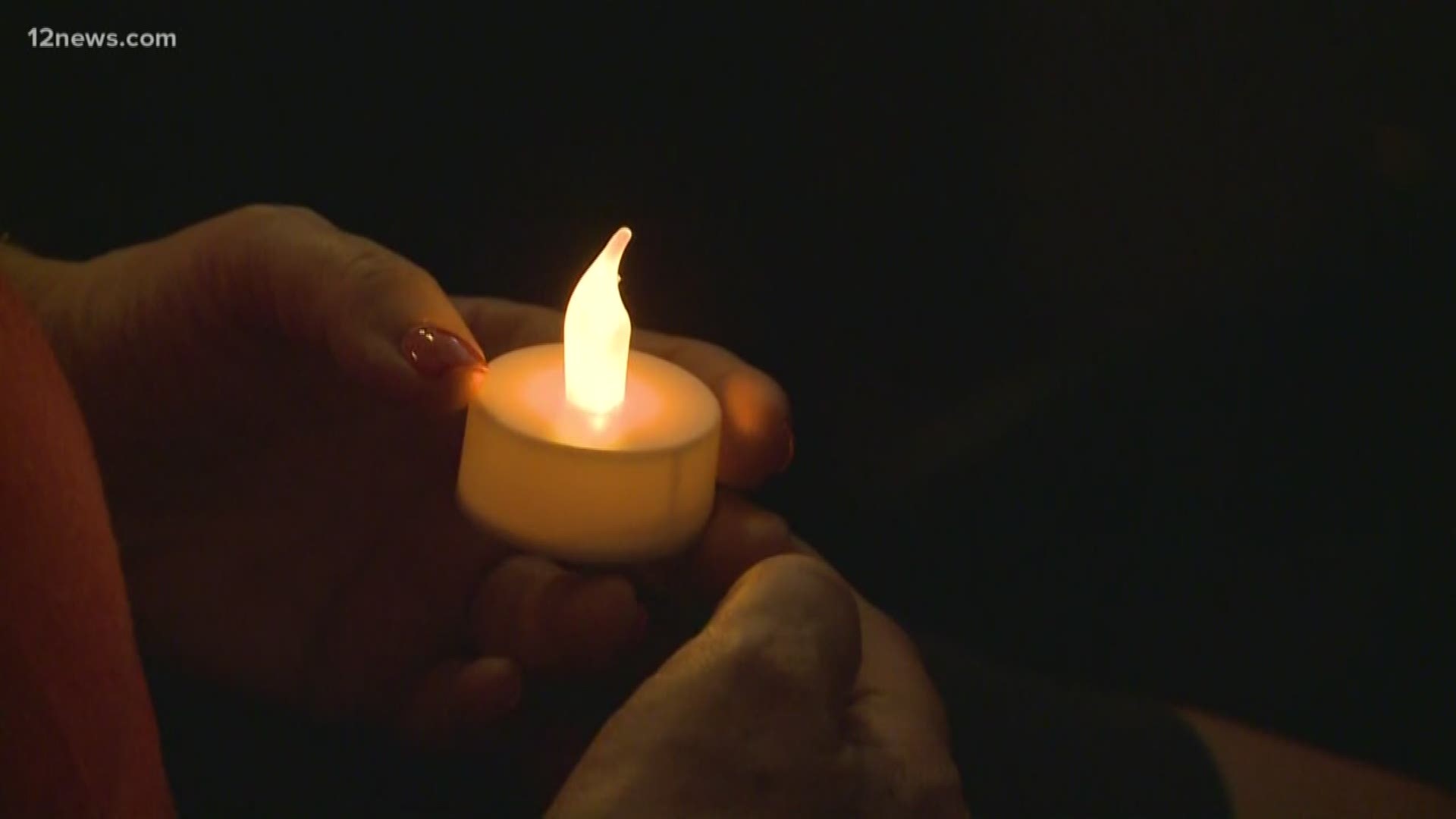 PHOENIX — A Phoenix church invited people of all faiths to a candlelight vigil Sunday night in the wake of two mass shootings in El Paso, Texas, and Dayton, Ohio.

First Church United Church of Christ of Phoenix held the vigil at its downtown location at 7 p.m. in response to the shootings that occurred Saturday and early Sunday.

RELATED: In 30 seconds, Dayton gunman killed 9 before police killed him

The intent of the interfaith candlelight vigil was to "provide a space for faith and community leaders to guide and lend a healing heart during these moments of violence, grief and shock," according to a press release.

"We are gathering together to collectively mourn the tragedy of all of those directly and indirectly impacted and for the soul of our country," the release continued.

First Church UCC Phoenix
For Immediate Release Statement by First Church United Church of Ch... rist of Phoenix on the recent Mass Shootings and Announcement of Candlelight Vigil 8/4/2019 Contact: ellie hutchison Phone: (602) 573-0600 Email: community@phoenixucc.org # # # First Church United Church of Christ Phoenix is hosting an interfaith candlelight vigil at their downtown location tonight, August 4th, 2019 at 7:00 p.m., in response to the mass shootings over the past week across our country.

RELATED: These are the 9 victims of the Dayton shooting

RELATED: Here are the victims of the El Paso Walmart shooting

Phoenix Mayor Kate Gallego was expected to be among the leaders in attendance, as well as representatives from March for Our Lives and Mom’s Demand Action.

"We are confident that America is safest when all people are treated fairly and compassionately and when we move away from the rhetoric of “the other” that divides us," the release continued.

"We stand for the power of love that calls us to non-violence and the recognition of our common humanity."

RELATED: Dayton gunman drove to shooting with sister, who became one of his 9 victims