It’s a call no first responder wants to hear, but in Justin’s case, he was one of the lucky few to survive. 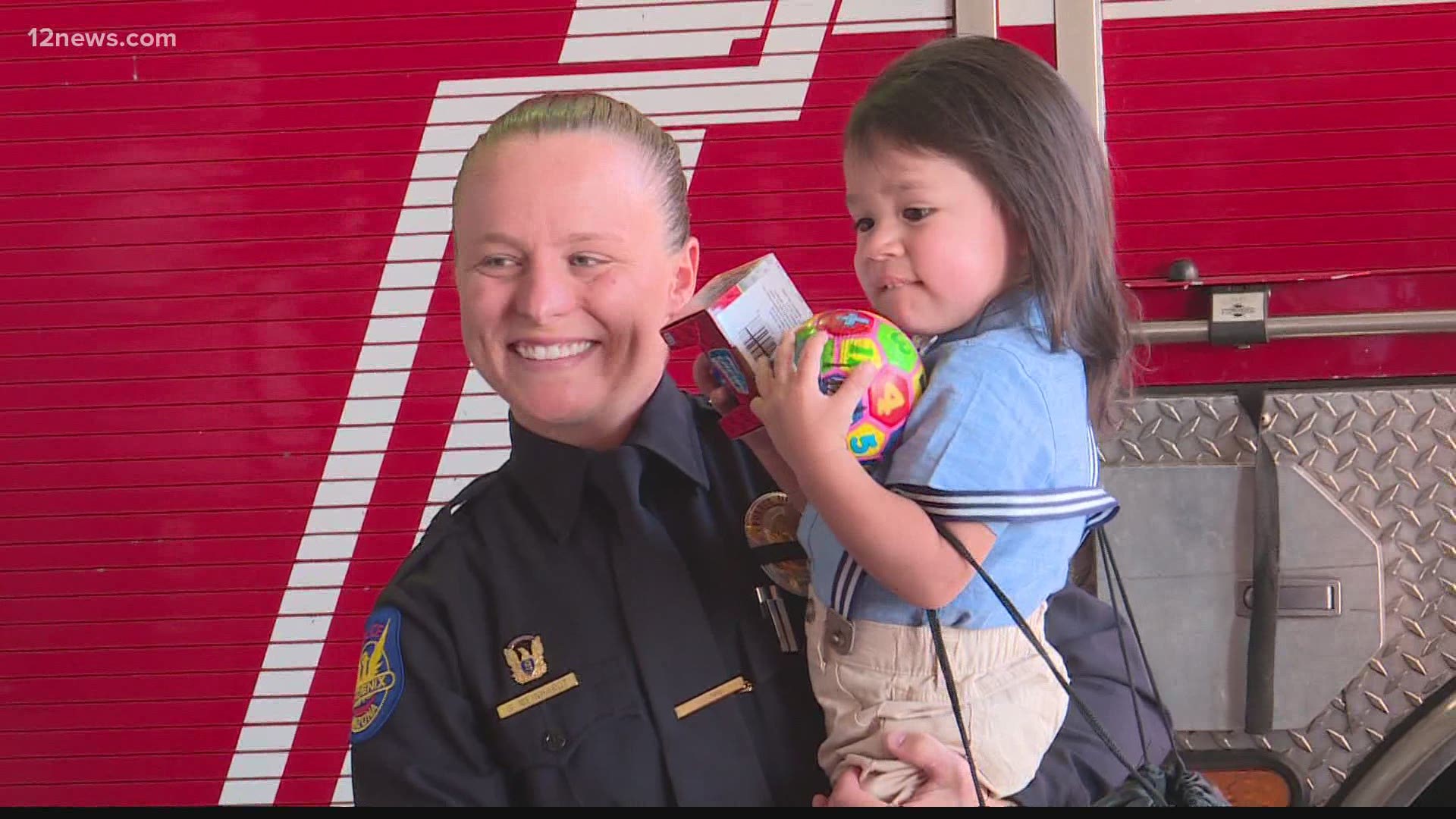 PHOENIX — It’s the call no first responder wants to hear; a drowning call involving a child.

That was the call Officer Shelby Meinhardt took at the end of her shift on April 18.

Body camera footage showed Meinhardt rushing into the backyard of a house near 35th and Peoria Avenues as family members gather around the limp body of a 2-year-old boy.

“I entered the backyard and mom was there, she was on the northside of the pool, already initiated CPR which was just wonderful,” said Meinhardt.

Meinhardt took over CPR duties from the boy’s mother Erika Alverez until paramedics from Phoenix Fire Department arrived to take over.

“If I didn’t know what to do, I don’t think my son would be here today,” said Alverez.

But she did know what to do. Her actions along with Officer Meinhardt’s, Phoenix Fire and the staff at Banner Thunderbird Hospital are credited with saving her son Justin’s life.

The Alverez family met with first responders and Phoenix Mayor Kate Gallego on Tuesday to show their appreciation and raise awareness for water safety.

“It happens so quickly and once it happens, it’s not like the movies,” said Alverez. “It’s quick, it’s silent, you don’t hear no screaming.”

It’s a call no first responder wants to hear, but in Justin’s case, he was one of the lucky few to survive.

“It was just amazing to see this outcome and know that they get to celebrate more birthdays with him, so I’m just very happy for them,” said Officer Meinhardt.

RELATED: The City of Phoenix is offering free swim classes to children ages 3-12

Did you miss one of our Verify segments? You can find all of our VERIFY stories on the 12 News YouTube channel.