Phoenix pig rescue urging people to get their animals fixed

Rather than spay and neutering - pet pigs are often abandoned by their owners when their behavior changes. 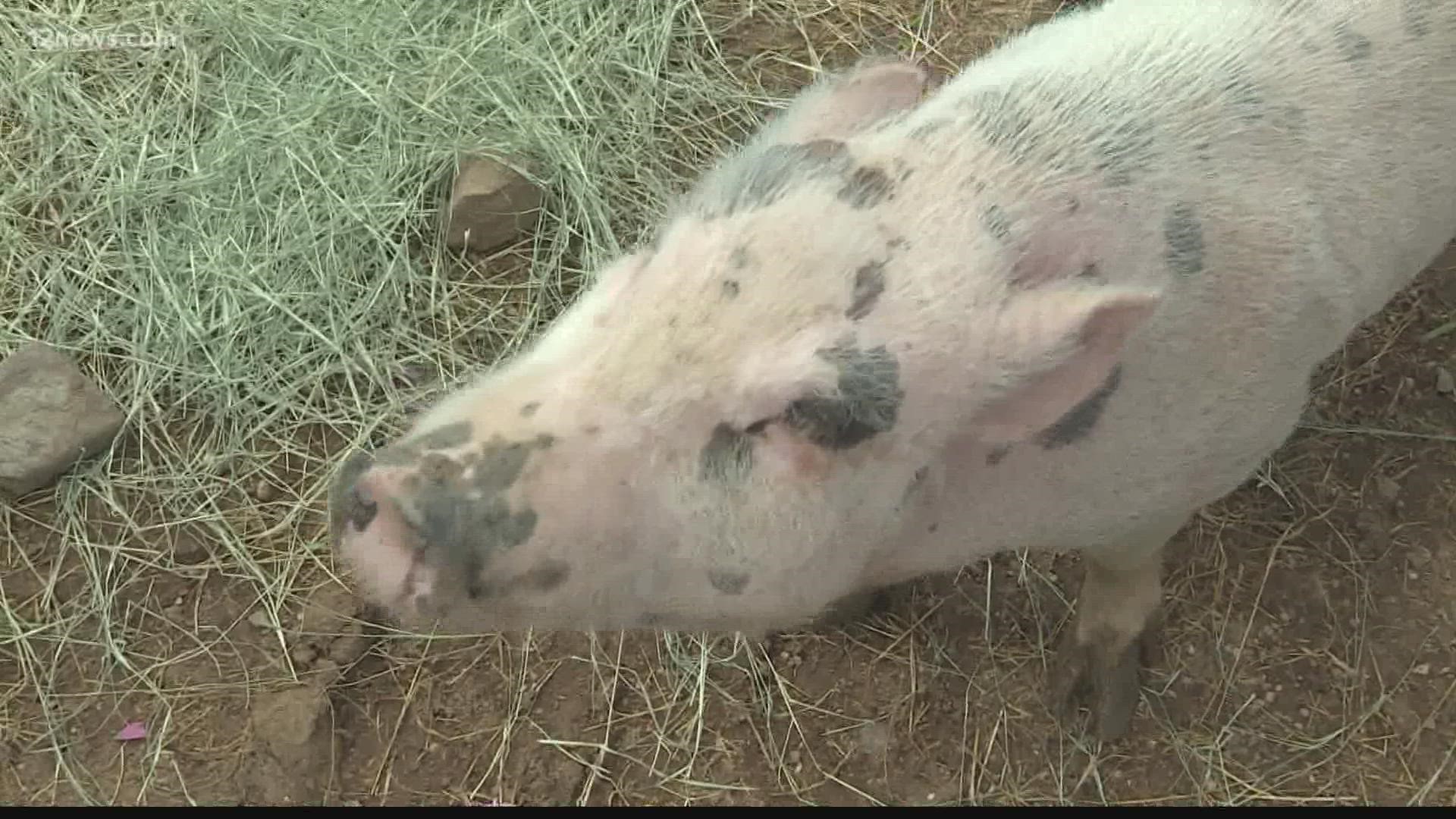 PHOENIX — Animal shelters across the Valley are filled with cats and dogs – but so are the rescues that take in pigs.

Some people think pigs would make a great pet but when they go into heat – watch out!

Not too much is known about the newest resident at the Better Piggies Rescue in Phoenix. She’s a shy girl. A white pig with some greyish spots on her head and body.

“She’s somewhere in the year and half and two-year range,” said Dwight Dixon, Rescue Operations Manager for the Better Piggies Rescue.

The young pig was found last week roaming just off the loop 202 Red Mountain freeway in Mesa – likely abandoned – left to fend for herself.

“They’re usually not spayed and neutered. So, they become a nightmare and in doing so they just want to get rid of it,” said Dixon.

Most of the 124 piggies that call this sanctuary home arrived without being spayed or neutered.

Like teenagers, they can be an unpleasant experience. The girls are sassy, and the boys are wild - they can be scary and even bite.

Dwight Dixon with the rescue says if you’re going to own a pig – get them fixed.

“Going to resolve any behavioral problems that may incur. It makes correcting any behaviors that you might not like,” said Dixon. “You actually get to enjoy the interaction with your pet versus having to battle back and forth with him.”

Pigs are smart, curious and friendly animals when they’re fixed but they are not like cats and dogs – do your research before making a pig a pet.

“Contact a rescue. Go see some pigs before you try to move forward with any decision – this is an animal that needs space to thrive. They need attention,” said Dixon.

As for the newest resident – she’ll get spayed and hopefully adopted by a loving family – if not, she’ll always have a safe place at the Better Piggies Rescue.

If you would like more information or would like to donate to help with spay and neutering, visit https://www.betterpiggiesrescue.org/.