"Thank you for all of your support through this tragic time," the operator's husband said in a Facebook post.

PHOENIX — Editor's note: The above video aired during an earlier broadcast before Pamela Cooper died.

A Phoenix 911 operator who was put on life support last week after working a mandatory 16-hour shift had died, family members said.

The death of Pamela Cooper, a 21-year-veteran with Phoenix 911, was confirmed by her husband of seven years, Joel, in a Facebook post on Friday.

"The inevitable has finally come," Joel said. "My beautiful wife...passed away today at 1:13. That's all I can say for now. We will post more as we can. Thank you for all of your support through this tragic time."

Joel also shared a link to the GoFundMe set up originally to help pay for Pamela's medical and living expenses while she was out of work.

You can contribute to the GoFundMe here.

Pamela caught COVID-19 earlier this year and spent about six weeks sidelined from work. When she asked to leave early on her first shift back due to feeling sick, she was told she had to stay.

Joel said she wound up working six extra hours on top of her usual 10-hour shift.

Joel says she felt so bad the next morning that they called for an ambulance. She was rushed to Banner Baywood, where she was put on life support and later died.

They explained that right now all dispatchers have to work a minimum of 8 hours extra per week due to staffing shortages, usually more if people call out sick.

Burns and Katzenberger say each dispatcher gets one chance to turn down the extra hours, but otherwise they typically have to stay.

In an email, a spokesperson for the city of Phoenix told 12 News that if someone is sick and tells a supervisor, they should be sent home.

The city is actively trying to hire for 56 open dispatcher positions. Full staff would be 344 dispatchers, so they're currently down about a sixth of their staff. Part-time positions are not an option.

And it’s not always easy to recruit for an emotionally tough job that needs 24/7 staffing. The city spokesperson tells 12 News that starting salary for a dispatcher is increasing $3.10 next week to try and bring in more candidates.

sometimes 911 calls will go unanswered for several minutes because there aren't enough people to answer them quickly enough.

"We’ve had issues with staffing, issues with morale before COVID hit," Burns says. "COVID just ripped the bandaid off and exposed it for what it is."

"We need to hire more people," Katzenberger adds. "We need to reallocate positions that have a big gap."

If you want to help Pamela Cooper's family, you can head to her family's GoFundMe page. 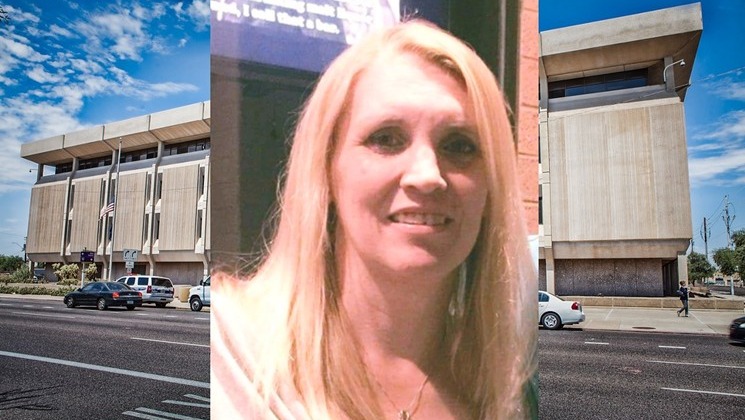 Help with Pamela Cooper who is on Life Support, organized by Colleen Gallagher
Pam is a hard worker, and the main support for her family. She is on life support after running out of paid sick time, following her illness with Covid-19. Not only is Pam going to be unable to work, should she recover from this life threatening challenge, but she is also going to be inundated with medical bills.

Watch more details of her story below: