Raquel Petersen alleges Maricopa County assessor hid and spent their money for his own benefit. Prosecutors have seized both their assets as potential restitution. 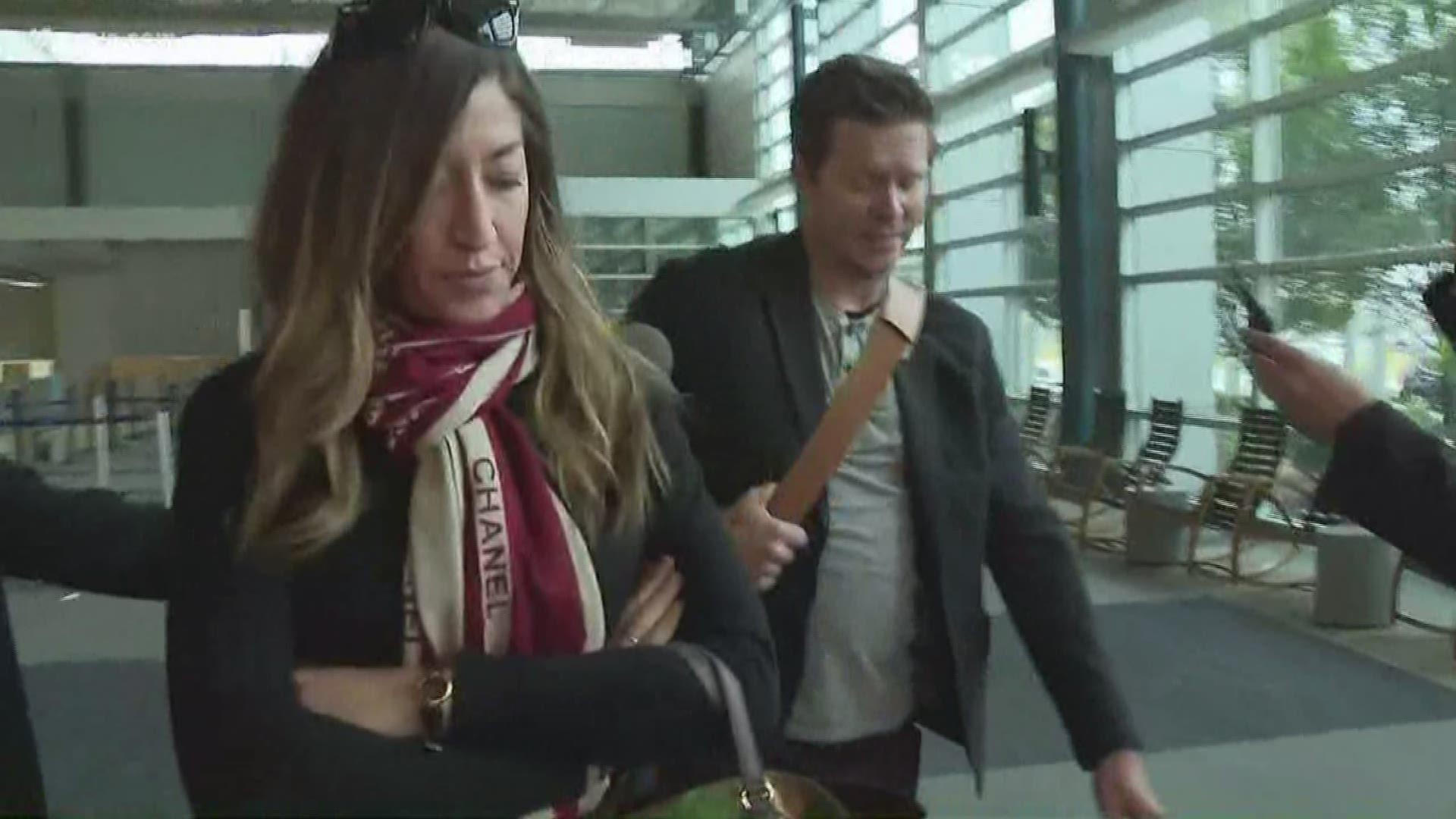 PHOENIX — The wife of suspended Maricopa County Assessor Paul Petersen has filed for divorce, accusing her husband of hiding and spending their money for his own benefit, 12 News has learned.

Raquel Petersen is seeking the divorce after 13 years of marriage.

She also wants custody of the couple's four children, ages 3 to 11, according to the divorce filing in Maricopa County Family Court.

Raquel Petersen says the marriage is "irretrievably broken and without a reasonable prospect of reconciliation."

Raquel Petersen was last seen publicly with her husband when they returned to Phoenix in late October from a Federal Court hearing in Arkansas.

He had been jailed for three weeks after his arrest in California as they were returning from a family trip.

Paul Petersen's criminal case has affected his wife, as well.

Arizona prosecutors have seized up to $1.5 million worth of Paul and Raquel Petersen's assets – their property, bank accounts and vehicles. The proceeds could be used for potential restitution.

The divorce filing attempts to separate Raquel Petersen's financial fate from her husband's, alleging he was spending their money for his own benefit and that it continues to this day.

"Petitioner alleges that during the marriage Respondent, without her knowledge and consent, dissipated, wasted, encumbered, transferred, hid and concealed community funds for his own personal benefit," the divorce filing says.

"(He) continues to waste, dissipate, encumber, transfer, hide, and conceal assets. Petitioner should be fully compensated for the damage caused thereby."

In his response to the divorce petition, Paul Petersen admits to the allegation that he spent his wife's money on himself without her knowledge.

12 News sought confirmation from Petersen, a lawyer who is acting as his own attorney in the divorce.

Through his lawyer, Petersen said his filing contained a typo and he did intend to deny the allegation. The paperwork will be amended, the lawyer said.