AG Brnovich gets order to seize Petersen's and wife's assets worth up to $1.46 million. With cash and properties frozen, attorney says: 'How can he defend himself'? 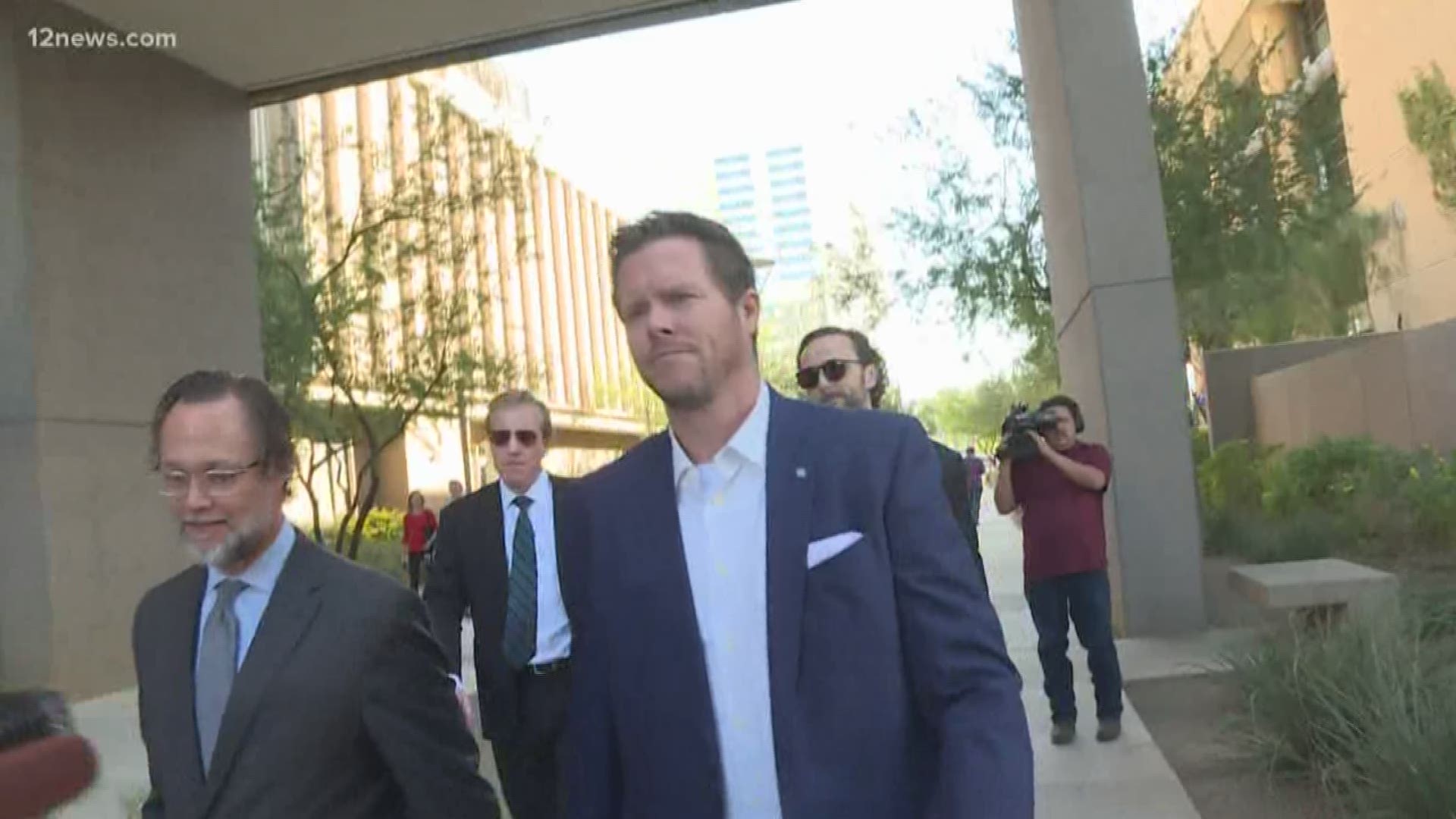 PHOENIX — Paul Petersen has a new problem: paying for the lawyers defending him in an adoption scandal covering three states.

Arizona prosecutors are allowed to seize the Petersen family's assets – property, bank accounts and vehicles – worth up to $1.46 million, according to a seizure warrant obtained by 12 News.

Under a court order obtained last week by Attorney General Mark Brnovich, neither Petersen nor his wife, Raquel Petersen, can cash in any of their assets.

"His life's savings are locked up. How can he defend himself?" said attorney Kurt Altman, Petersen's lead defender.

"This shows the absolute breadth of power the government has ... There hasn't been a shred of evidence presented."

Petersen faces more than five-dozen felony charges in Arizona, Arkansas and Utah, connected to what prosecutors allege was an illegal baby-selling scheme. Petersen has pleaded not guilty to all the changes.

Petersen has a separate legal team handling the appeal.

Court documents show these Petersen family assets are subject to seizure in the adoption case:

- Petersen's Mesa law office, his family home in Mesa and a residence in Pinetop. Altman said the Petersens continue to live in their Mesa residence.

An online real estate listing shows Petersen's law office was put up for sale the day before the seizure order.

- Residential properties in Mesa, Arkansas and Utah, where Petersen stowed the pregnant Marshallese women whose babies he allegedly sold for adoption to American families, at fees of up to $40,000.

The $1.46 million asset value is tied to the proceeds Petersen received from his alleged offenses, according to the court order.

"If the government's objective is to get an estimated amount of the illegal profits generated, it can take whatever you own to pay for that," said Tempe attorney Scott Halverson.

The seizure freezes the Petersens' assets. Next, the government will file an action in civil court to take the property in forfeiture. Petersen's attorneys can then mount a defense.

Petersen lawyer Kurt Altman declined to say how cutting off Petersen's access to cash would affect his ability to pay legal bills.

"That's going to be difficult. A defense costs money," Altman said. "It's not just the lawyers – it's travel and other costs."

Petersen may have access to friends or relatives with financial means. His $500,000 bond allowing his release from custody in Maricopa County was posted by a business associate named Lars Christensen.

According to the Arizona Republic, a Christensen trust financed the purchase of a Utah home where Petersen housed pregnant Marshallese women before their deliveries.

Attorneys who aren't connected to the Petersen case say the seizure and forfeiture of defendants' assets is an example of prosecutorial overreach that has drawn protests from the left and the right.

"The whole Paul Petersen saga is a good example of how thin a reed the presumption of innocence is," said Mark Kokanovich of Ballard Spahr.

"Forfeiture can have an extremely heavy-handed effect on people's lives."

Kokanovich is a white-collar defense attorney who handled seizures and forfeitures as a federal prosecutor for eight years.

"It's relatively rare that all of the assets would be seized for both spouses," Kokanovich said.