Gary Bushko, 64, has been in the hospital since August. His wife has been by his bedside hoping he pulls through. 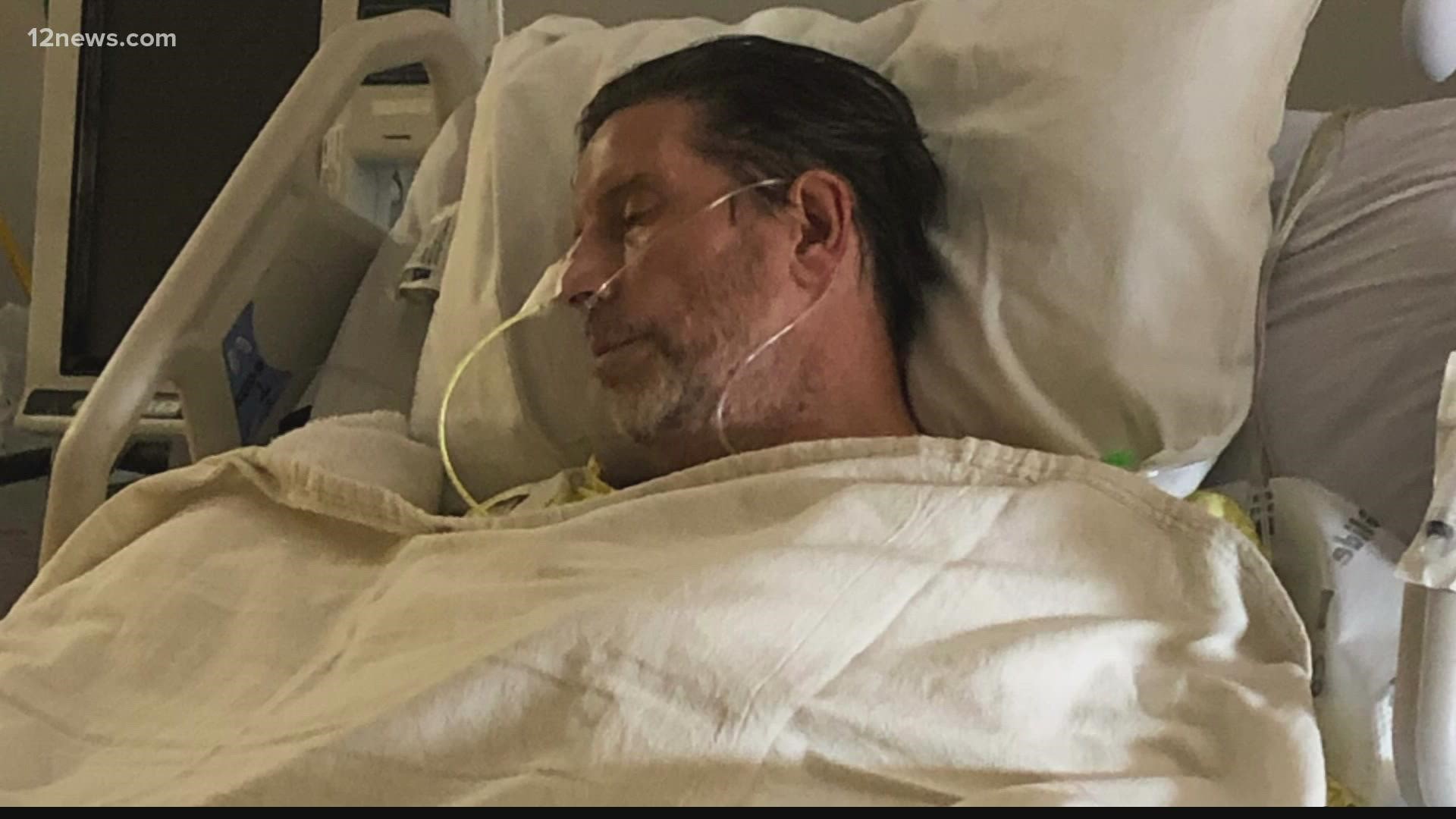 PEORIA, Ariz. — A Peoria man is spending his 64th birthday in the hospital fighting for his life after being diagnosed with a rare case of West Nile Meningitis that left him paralyzed.

After weeks in the hospital, he is just starting to get a little movement back in one arm.

Gary Bushko was a healthy 63-year-old man when he was bitten by a mosquito in the Valley. Now he can't move his legs and is attached to a feeding tube.

“An absolute nightmare,” said his wife Jennifer Sneider-Bushko. Sneider-Bushko has been by his bedside every day and has been his biggest cheerleader.

Bushko collapsed in his Peoria home in August. Leading up to that, he tested negative for COVID-19 after thinking he had symptoms.

Once he was admitted to the hospital doctors treated him for what they believed were symptoms of a stroke.

Days later he tested positive for West Nile Meningitis before his health began to decline.

“He aspirated because he can’t swallow then it turned into pneumonia, then they put him on a ventilator, then the next day his brain started to bleed from when he fell,” said Sneider-Bushko.

“They told me to say my goodbyes to him,” said Sneider-Bushko. “The virus got into his nervous system, his spine, and into his brain.”

Bushko was hooked to a ventilator for days.

He has since been taken off the ventilator, but the other health issues are persisting.

There is a GoFundMe page set up for Bushko’s medical expenses. His wife said that because he doesn’t have medical insurance, they will have to pay thousands of dollars out of pocket to keep him alive.