At any point in the year, ADOT says crews make initial repairs wherever damage is seen or reported. 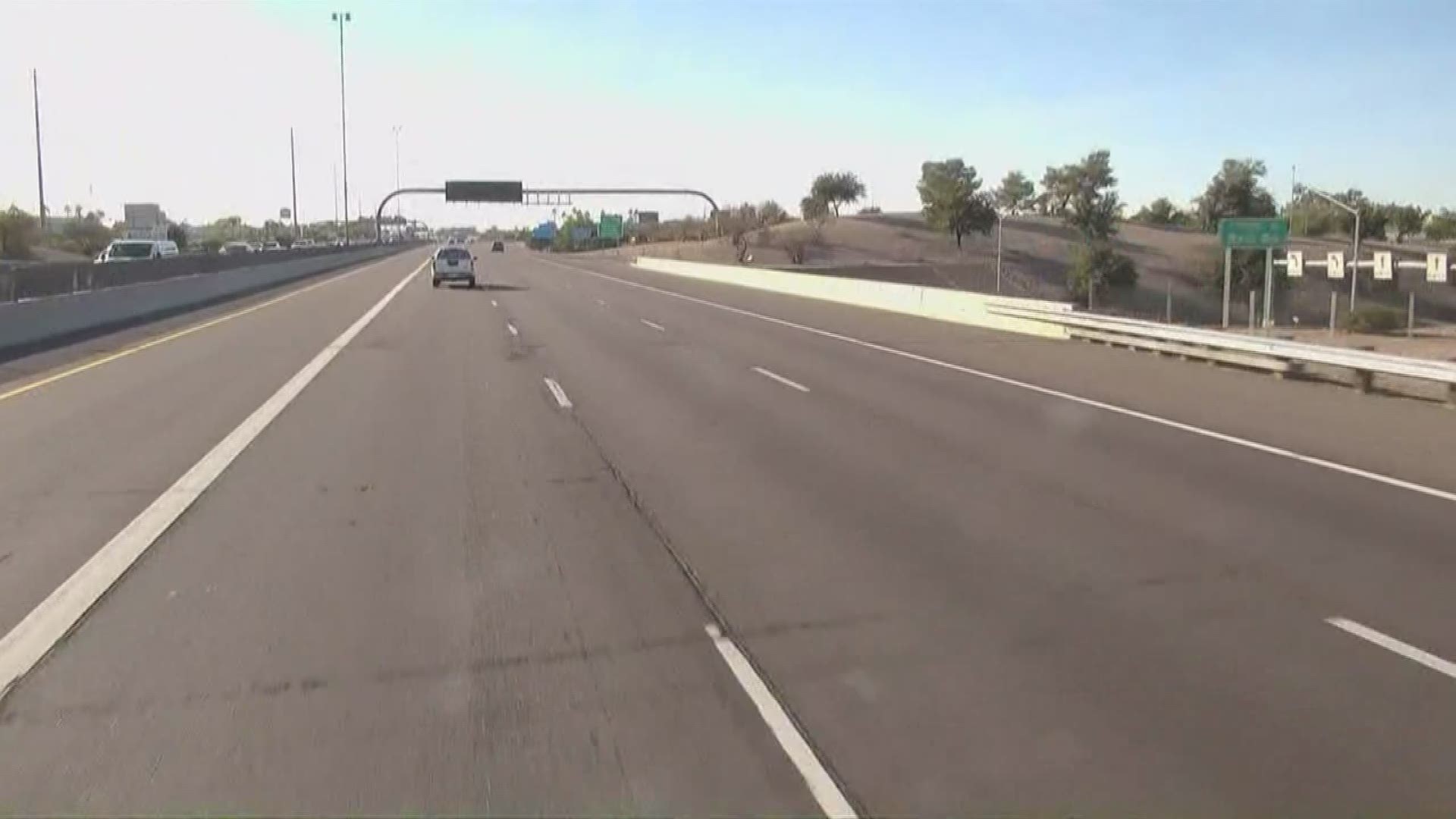 PHOENIX — It's a longtime roadway rivalry that drivers dread. People vs. Potholes.

Arbogast says she often finds herself buckling up for a bumpy ride.

"I think I-17 is my nemesis. I spend a lot of time up and down on I-17 and I do see a lot and it seems like that older section is not getting attention."

She's not alone. Driver Lori Williams says she used to hit them all the time on her commute before she switched jobs.

"I just had to have my whole front end, u-joints replaced and all that from hitting them," Williams said. "And I hit another one a few weeks ago. It just wrecks your car."

Part of the problem could be the rubberized asphalt wearing down over the years. But ADOT says despite heavy rainfall recently, the majority of the Valley freeway system is holding up.

They say at any point in the year, ADOT crews make initial repairs wherever damage is seen or reported.

You can report a pothole or other roadway problem to ADOT here.

Drivers like Williams just hope to see a fix that sticks.

"They should find a way to make the asphalt when it doesn’t crumble when it rains, or consistently fix the potholes so peoples' cars are not consistently destroyed," she said.

Team 12 also reached out to ADOT about replacing rubberized asphalt.  We will update the story with more information when we hear back from ADOT.