Multiple protests are planned in downtown Phoenix over the death of George Floyd in Minnesota and a DPS trooper-involved shooting earlier this week. 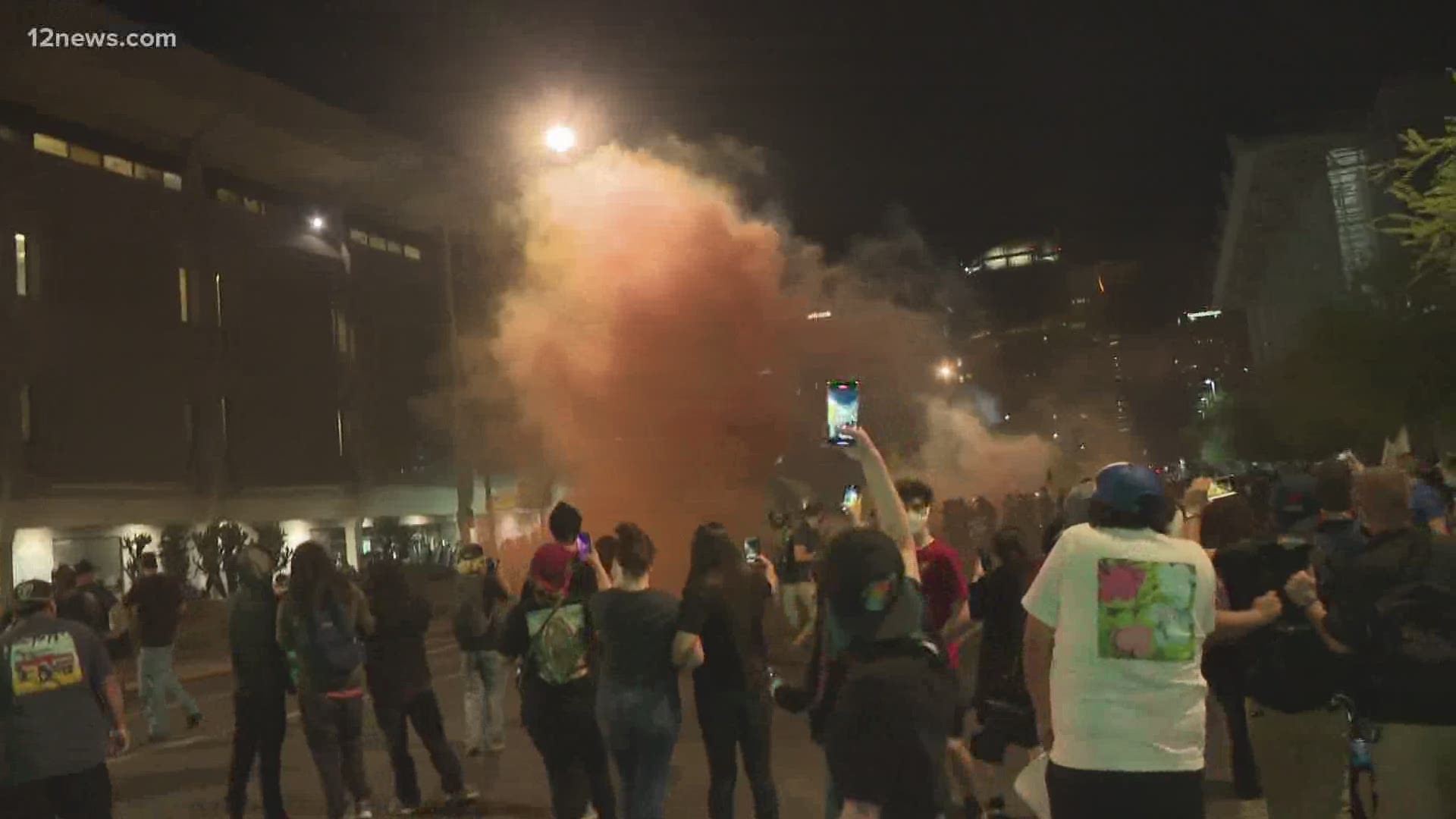 PHOENIX — Protests continued in Downtown Phoenix Friday night after people marched Thursday night over the death of George Floyd in Minnesota. Floyd died while in police custody as video showed an officer kneeling on his neck.

Police used flashbangs and tear gas on protestors in front of the Phoenix Police Department building Friday night. These measures were deployed after a firework went off and hit the building.

Team 12's Bianca Buono witnessed a protestor get arrested by police officers. The Phoenix Police Department has yet to comment on how many of the protestors police arrested Friday night.

There was also a vigil planned Friday night outside of the Arizona Department of Safety as family and friends ask for answers following the death of 28-year-old Dion Johnson, who was shot and killed by a trooper on I-10 this week.

"Here, we will enforce the rule of law," Gov. Ducey said. "I've personally reached out this morning to Phoenix Police Chief Jeri Williams and Tucson Police Chief Chris Magnus to offer the full support of the state and assure them that we've got their backs." 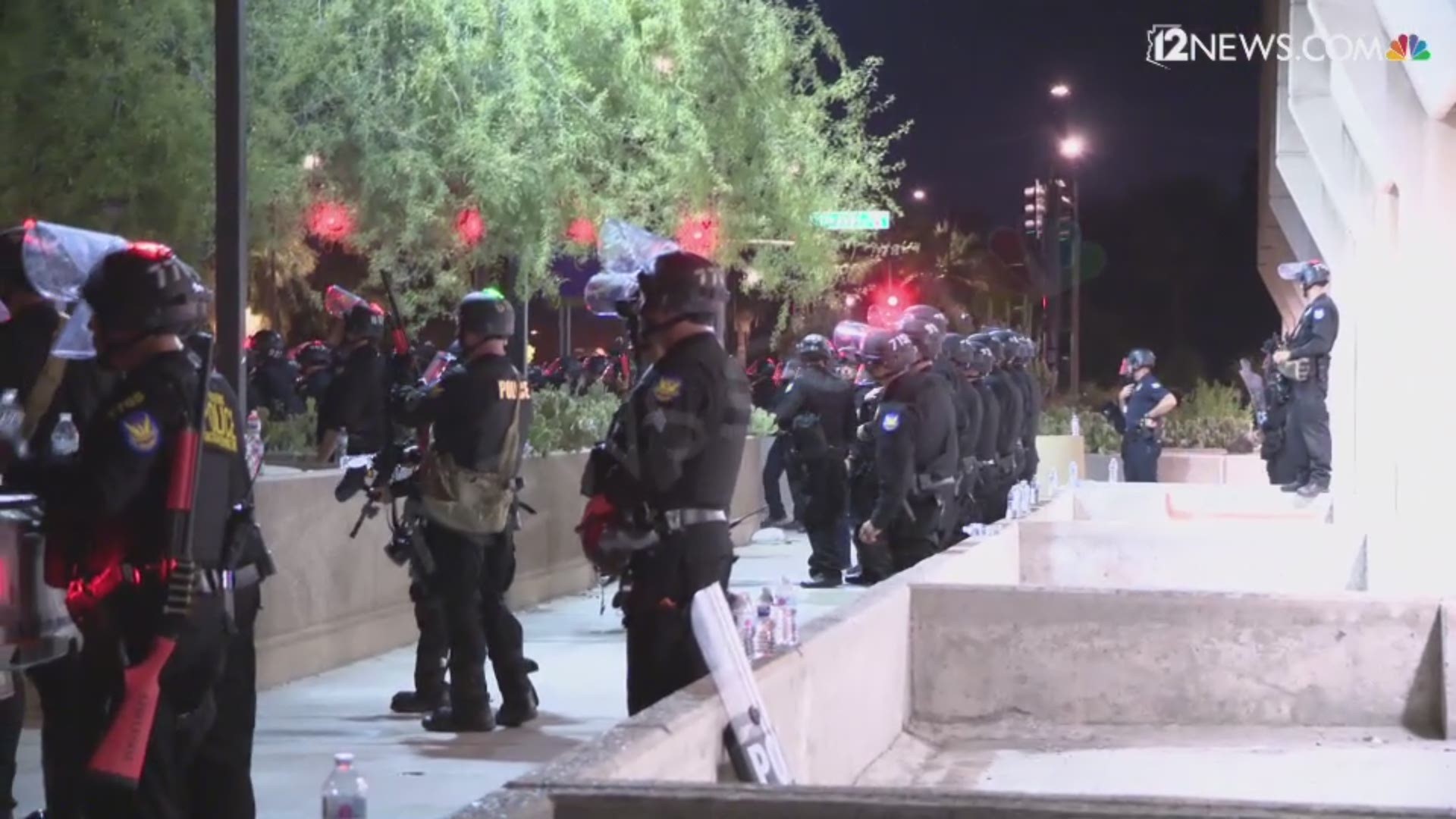 Former Minneapolis police officer Derek Chauvin has been charged with murder and manslaughter in the death of George Floyd.

Hennepin County Attorney Mike Freeman said Chauvin is charged with third degree murder, but they are continuing to review evidence and there may be subsequent charges later. The manslaughter charge is second degree.