'Not like anything I've ever seen before': 3 workers injured in transformer fire at Glendale gas station

A witness nearby said she heard an explosion before seeing the three workers on fire. 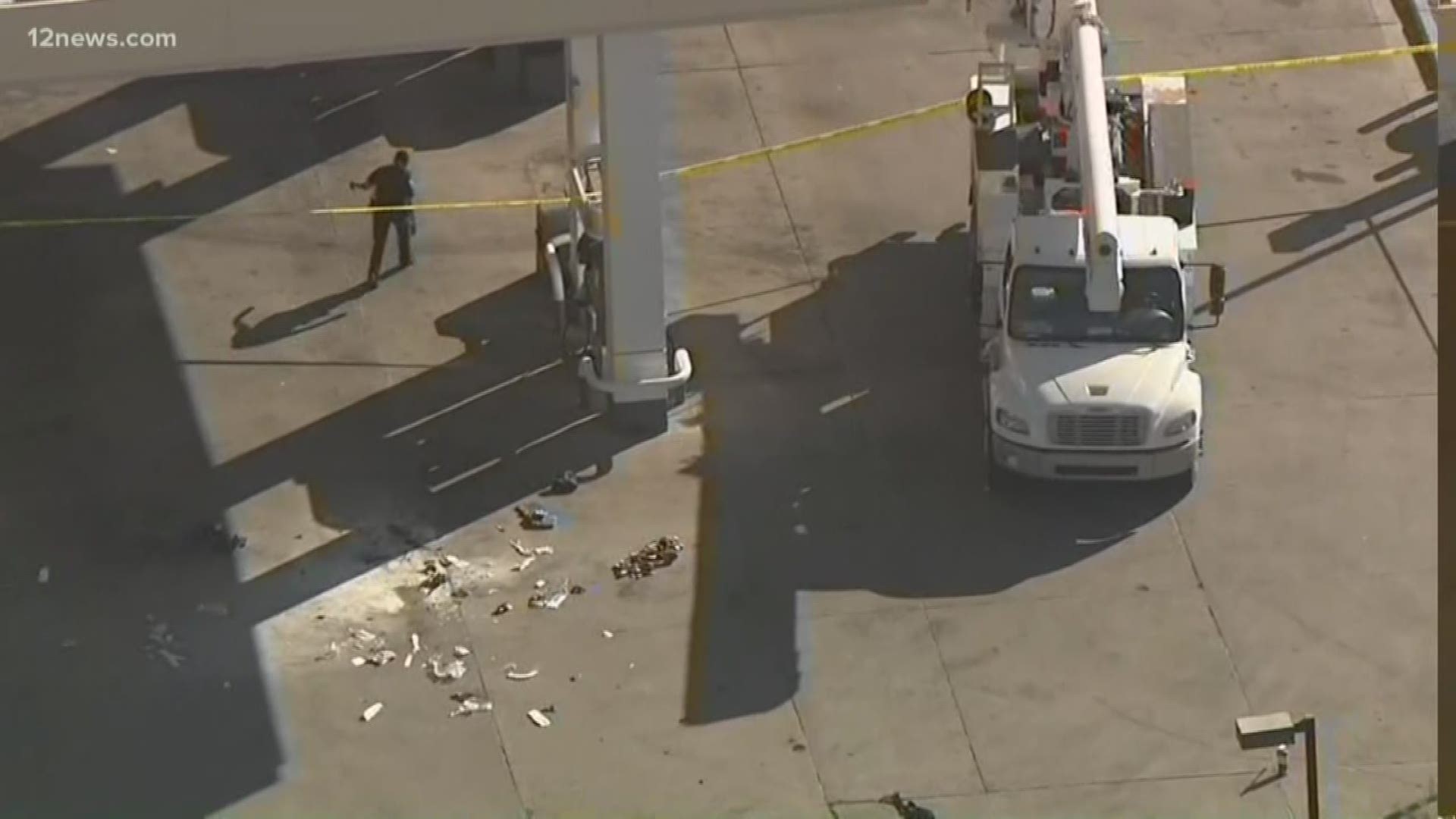 Three SRP contract workers were injured after a transformer fire at a Shell gas station near 67th and Olive avenues in Glendale.

According to Glendale FD, they were working on the transformer when it caught fire. The cause of the fire is not known at this time.

A hospital spokesperson told 12 News Monday afternoon that one of the men is in critical condition. The other two are stable.

WATCH: Glendale police give an update after a fire at a Glendale gas station sent three to the hospital

Aerial footage from Sky 12 showed two of the injured workers being loaded into air ambulance helicopters near the scene.

Lisa Hermes was nearby when she said she heard an explosion. She described the shocking scene saying she saw the three workers on fire.

"It was not like anything I've ever seen before," she said. "It wasn't an object it was a human [on fire]."

Hermes said people rushed to help the three workers who, she described were not in "good shape" after the fires were out. She said there were "a lot of heroes" at the gas station Monday.

"Not something you see every day," Hermes said.

Two men in their 60s, 30s, respectively, were flown while a man in his 20s was taken by ground ambulance to the Arizona Burn Center, according to Glendale FD.

Glendale police said at least one of the men was severely burned.

A surgeon was seen evaluating the two men who were air transported on the helipad at the burn center.

A transformer seen in Sky 12 footage near the gas station showed signs of a fire. The door of the transformer was laying on the ground nearby. 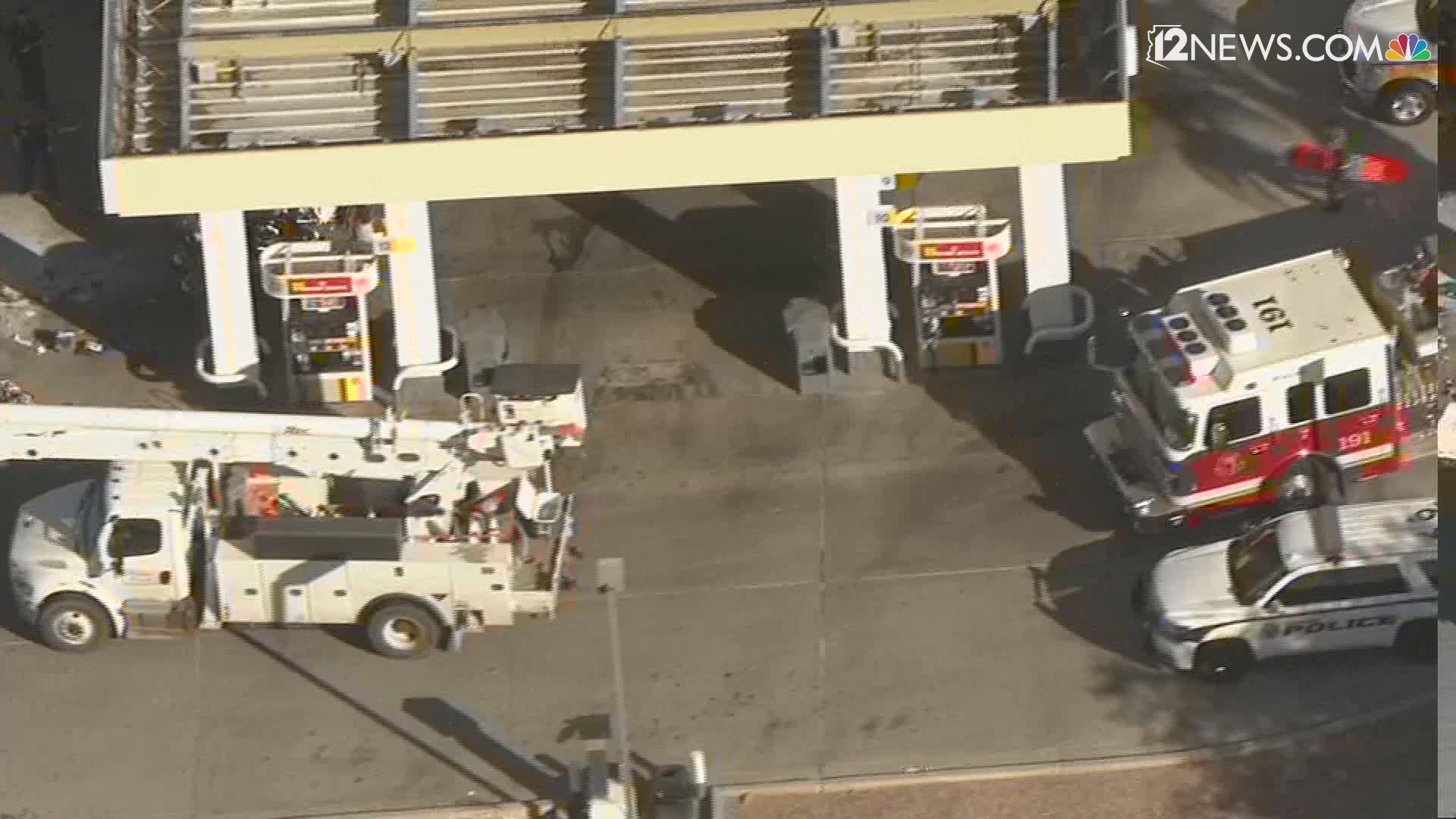