Residents of a neighborhood near Platinum Printing explained what they experienced during the blast on Thursday morning. 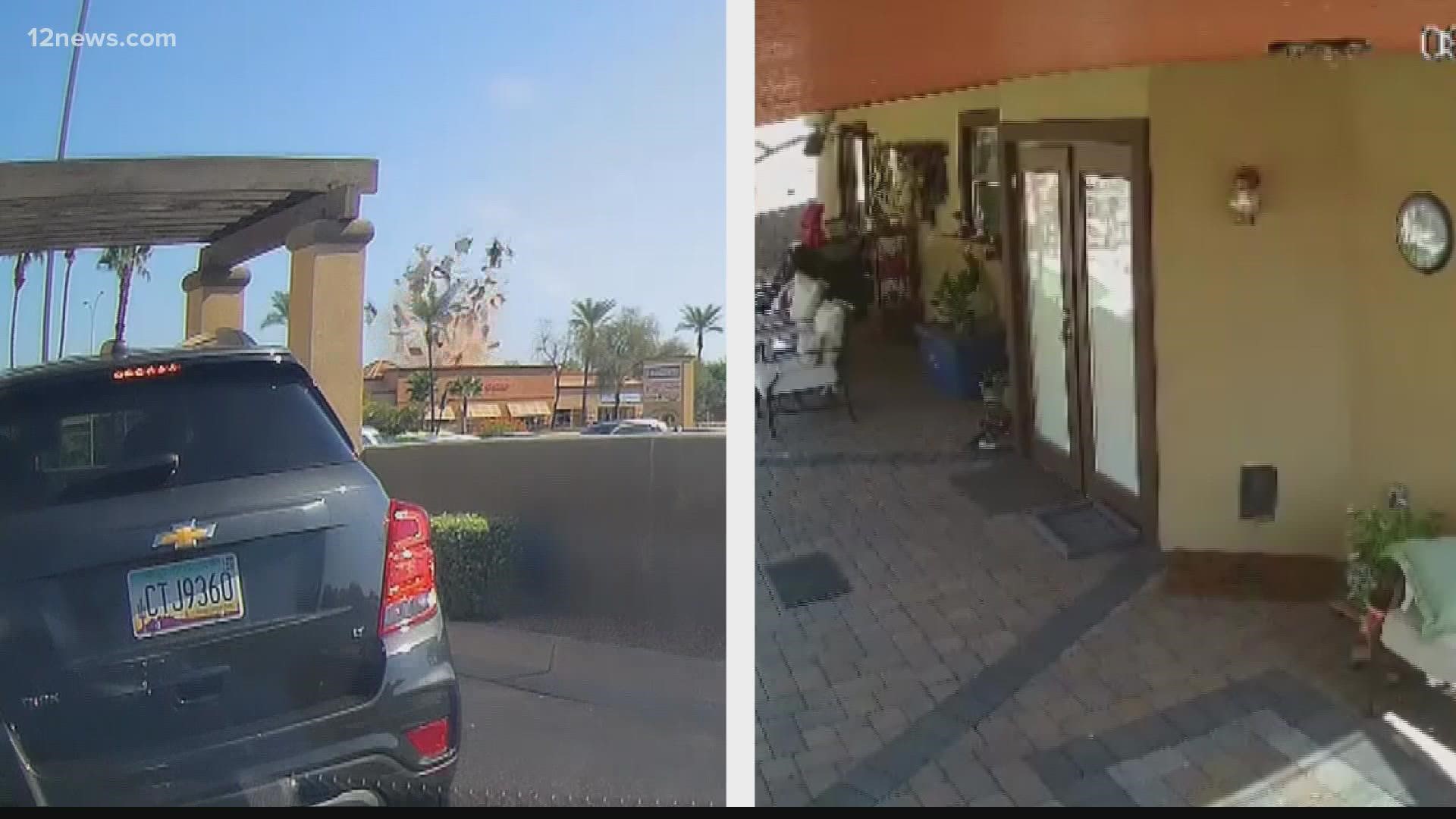 CHANDLER, Ariz. — Dozens of people in a Chandler neighborhood were evacuated after the Platinum Print explosion Thursday morning.

Fire rescue crews said they were allowed back in at 2:00 p.m. Sunset Park was the only thing that separated the explosion from the neighborhood near Mcclintock Drive and Ray Road.

The explosion’s impact jolted Ward McDermott’s door out of place.

“I thought my house blew up,” said McDermott. His home sits directly behind Platinum Printing.

“There was dust around the house, my ears were plugged a little bit. My dogs were having fits,” said McDermott.

There is a concrete wall in his backyard that stands between his home and the site of the explosion.

“There was a lot of chaos, a lot of commotion and a lot of yelling,” said McDermott.

On the other side of the neighborhood, next to Sunset Park, Jean Kruse ran out of her house barefoot on the hot pavement to get to the library.

Once inside, Kruse said she saw glass and booked displaced from the boom.

“I was worried if there were people inside,” she said.

Gary Logvit didn’t realize what was happening until he went to his backyard.

“I looked at the sky and I saw this plume of paper scrapes way high in the air kinda fluttering down,” said Logvit.

It was a surreal experience.

“It could’ve been worse but, oh my gosh I hope they’re okay,” said McDermott.