What is the future of Tent City under a new Maricopa County Sheriff? 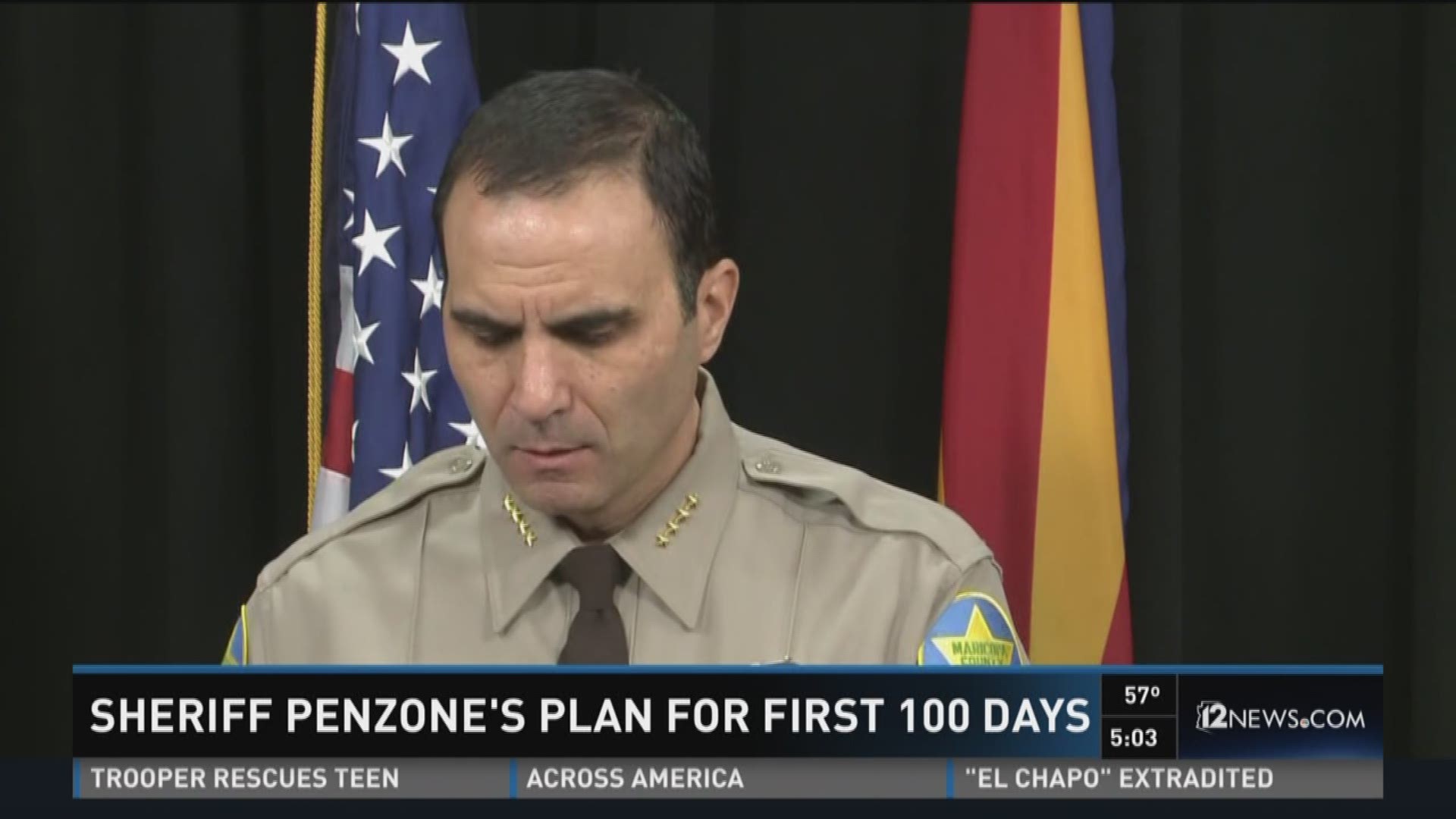 During the news conference, Penzone announced the Cold Case Posse -- which investigated President Obama's birth certificate starting in 2011 -- will be disbanded.

Penzone said members could apply for other jobs within the department.

Penzone was expected to address the fate of Joe Arpaio's notorious Tent City, but he left the topic up in the air.

Tent City will be under the scrutiny of the Sheriff Penzone’s Executive Advisory Review (SPEAR), a board created as part of Penzone’s 100-day plan.

There was an emphasis on crimes against the elderly or children during his press conference.

“This will not be an organization that works from behind and waits until a problem presents itself before we react to it,” said Penzone. “We’re going to be progressive.”

But will it be so progressive that Penzone will pull the stakes out of Tent City and close the camp?

“The tents were created because we had a need to have space to detain detainees who we had no space for,” he said, “At a time, it was cost-efficient.”

That's a detail which may no longer be accurate, especially considering the rest of the county jails are at 70 percent capacity.

Cost efficiency, as well as strengths and weakness of Tent City as a detention center, will be analyzed by SPEAR.

The board made up of 13 members from the community and headed by former State Attorney General Grant Woods.

“Probably the more normal course is to have everything internal,” said Grant, explaining why the advisor board will be useful. “Sometimes you get blinders on there. Sometimes people are afraid to speak truth to power. You can see with this group, we are not. We’re just going to tell him what we think.”

That advisory board has members who represent the LGBTQ, Latino, black, Asian and Native American communities.

They should first meet within the next 30 days, and Woods says we could realistically expect a decision on Tent City in the next 100.

The plan Penzone discussed addressed MCSO's areas of focus with a deadline of April 13.

“The 100-day plan provides effective methods and a framework to address some of the most pressing issues facing this office and the people we serve," Penzone said.