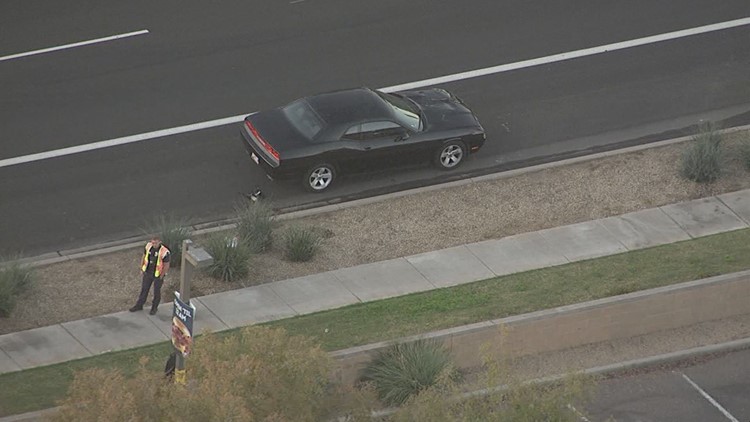 Pedestrian and dog struck, killed by car in north Phoenix

PHOENIX — A pedestrian and a dog have died after being hit by a car Monday morning in Phoenix, police say.

77-year-old George Casner was walking his dog in the marked crosswalk near the I-17 and Thunderbird Road. Before he could reach the north side of the crosswalk, the traffic light for east/west traffic turned green and a car hit him.

Casner was taken to a hospital, where he was pronounced deceased. The dog also suffered fatal injuries, police said.

The 26-year-old driver remained on the scene. Police said impairment is not believed to be a factor in the crash.