Holli Broadbent Plat allegedly admitted she was distracted by her other children because they were excited to go shopping and the baby wasn't fussy. 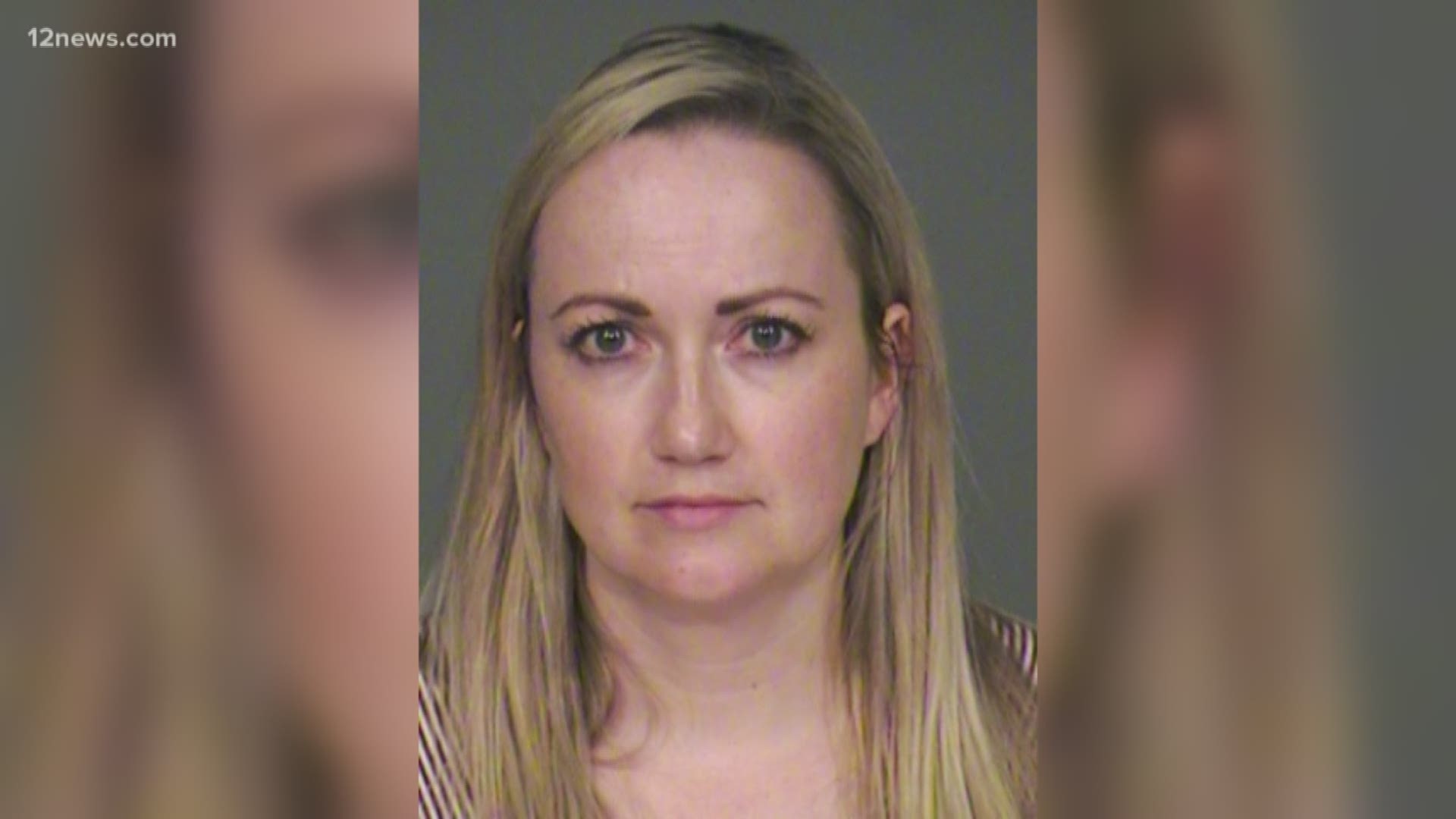 CHANDLER, Ariz. — Chandler police arrested a mother for allegedly leaving her baby in the car while she shopped at Target. The baby is expected to recover after being left inside the car for 18 minutes, police say.

Tuesday just after 4 p.m., a person called 911 when they saw a baby inside a car parked at the Target on Arizona Avenue in Chandler, according to court documents.

The caller said the infant was strapped in a car seat and was sweating and crying. The car was reportedly locked and not running.

"The child was crying, was very sweaty, was very warm to the touch," said Detective Seth Tyler with the Chandler Police Department.

The fire department dispatcher told the caller to break the window a few minutes into the call.

The passenger side back window was broken and the baby was taken out safely.

RULES FOR BREAKING WINDOWS: Hot car rescue law goes into effect in August. Here's what you need to know

"She called 911 right away. She got someone else's attention. The third individual showed up. While they were on the phone with the fire department, dispatchers gave them permission to break the window and get the child out," Detective Tyler said.

Police say Target management made an announcement inside the store and Platt ran outside soon after.

She allegedly admitted she was distracted by her other children because they were excited to go shopping and the baby wasn't fussy.

She also told police she realized she left her baby in the car after hearing her name being called in the store, police say.

Platt said she didn't mean to leave her baby in the hot car.

"My client's a dedicated stay-at-home mother. For the last 13 years, all she's done is raise her children," Platt's attorney said during Platt's initial court appearance Wednesday. "She obsesses over their safety, their cleanliness, they're well-maintained she's just a wonderful mother to her children."

The children's father picked them up and Platt was arrested. She is charged with one count of child abuse.

The Valley has been an excessive heat warning since Monday.

"Very happy to report the child did not sustain any injuries, so very fortunate in this," Detective Tyler said.