'I can't wait to get back to my family': Paul Petersen speaks to 12 News in Arkansas

Petersen was released from custody after pleading not guilty to federal charges in a baby trafficking case. 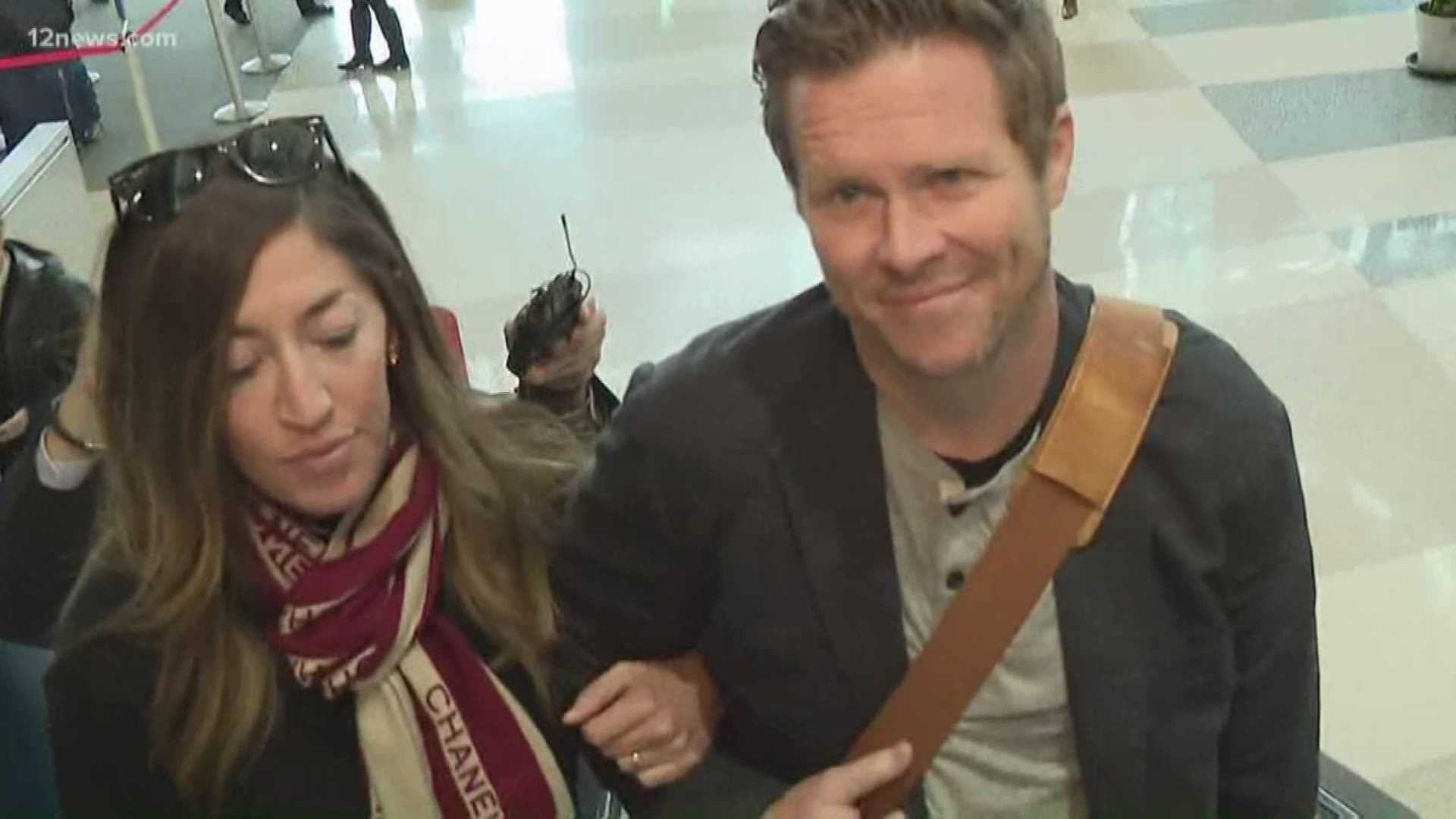 The elected official at the center of a baby trafficking case spoke to 12 News Wednesday afternoon at the Northwest Arkansas Regional Airport a day after he was released from custody.

Now-suspended Maricopa County Assessor Paul Petersen was checking in for his flight back to Arizona along with his wife when Team 12's Bianca Buono caught up with them.

Petersen was released from custody Tuesday after posting a $100,000 bond. He pleaded not guilty to 19 federal charges in Arkansas involving alleged baby trafficking using women from the Marshall Islands.

It's the first time Petersen has been a free man since his Oct. 8 arrest. In total, he faces 62 federal charges across Arizona, Arkansas and Utah.

When asked at the airport how Petersen responds to the allegations against him or if he plans to fight for his job as county assessor, Petersen declined to comment.

The judge in Arkansas granted Petersen's release, but he had to be equipped with an ankle monitor. His trial in Fayetteville is set for Dec. 9.

Team 12's Buono has been in Arkansas since Saturday, learning more about the Marshallese community in Northwest Arkansas and gathering further background on how Petersen allegedly ran his scheme.