The iPad is Cobe's only method of communication. He's struggling after leaving the device in a Lyft. 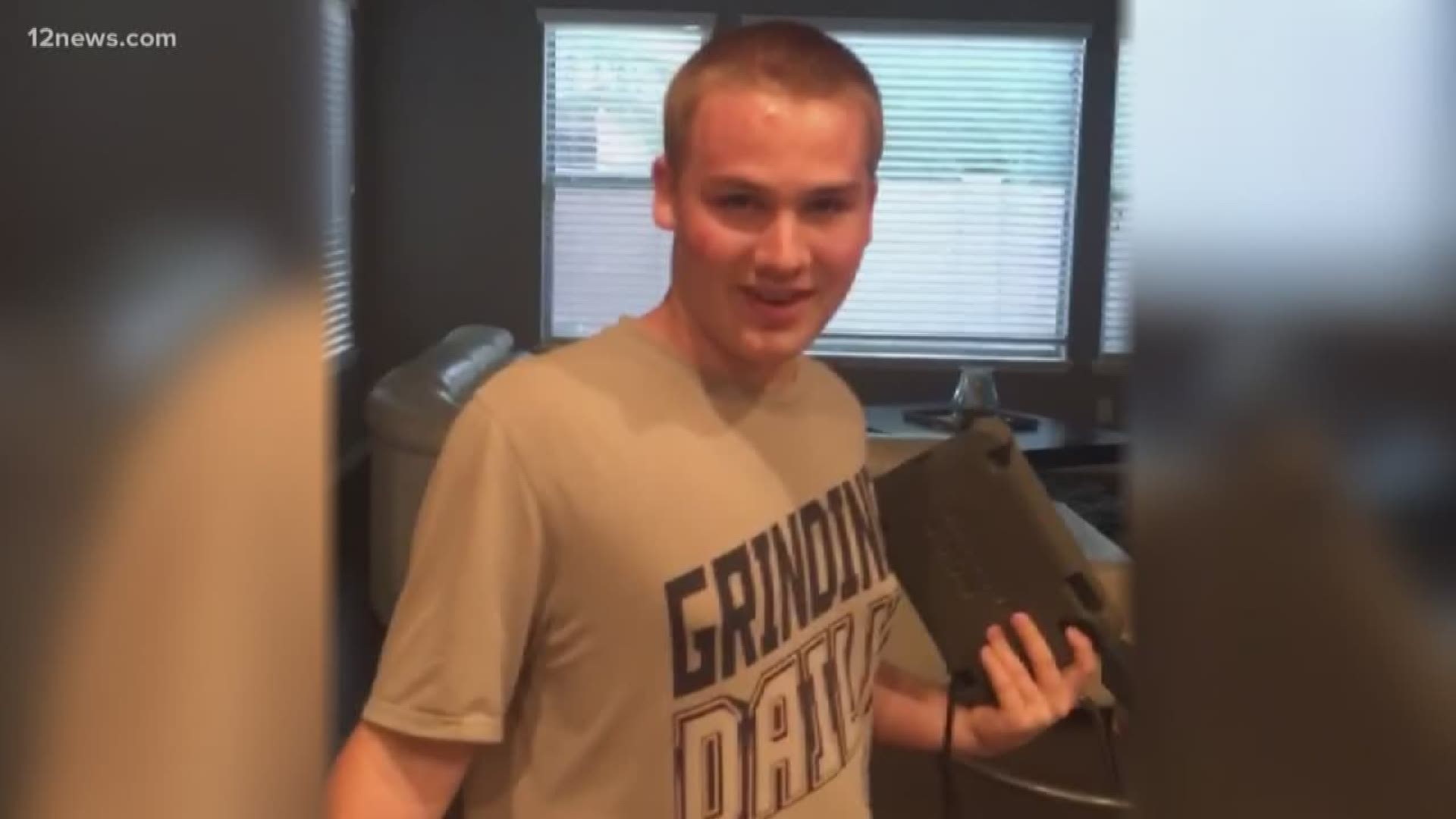 PEORIA, Ariz. — Cobe Dorsey is looking everywhere for the IPad he uses to communicate. The 17-year-old has severe autism and isn't connecting the dots after misplacing his iPad in the back of  Lyft while on a volunteering trip at school.

"He's frantically looking for it in the house and in the car, It's sad to see him like that," Cobe's father Guy said.

The teenager has been using a device like this specialized iPad since he was 3 years old and makes it easier for him to do almost everything. Cobe is non-verbal and uses the device to communicate with his parents or teachers.

"It's very sad for us, but it's more frustrating for him," Cobe's mother Dana Dorsey said.

The device went missing when Cobe got in the backseat of  Lyft to leave school for a volunteering trip. The Lyft was unable to accommodate the four people necessary, so Cobe needed to get out quickly, which upset him.

Dana believes her son left the iPad in the car because he was upset, and the driver left before anybody realized it was missing.

In a statement, Lyft says in part,

"Our data privacy policy prevents us from discussing support issues and details of a ride with anyone besides the account holder (which in this case was the student's school)...Lyft also reached out to the driver inquiring about the iPad, and unfortunately, the driver was not able to locate the missing device."

The Dorseys filed a report with the Scottsdale Police Department because that's where Chrysalis Academy is located.

Guy and Dana are not interested in pressing charges, saying all they want is to get the iPad back. They are asking anybody with information to contact Scottsdale police or 12 News to help get the device back.