One parent-teacher organization is turning to a local law firm to offer advice to parents before they get in trouble for their teen's actions. 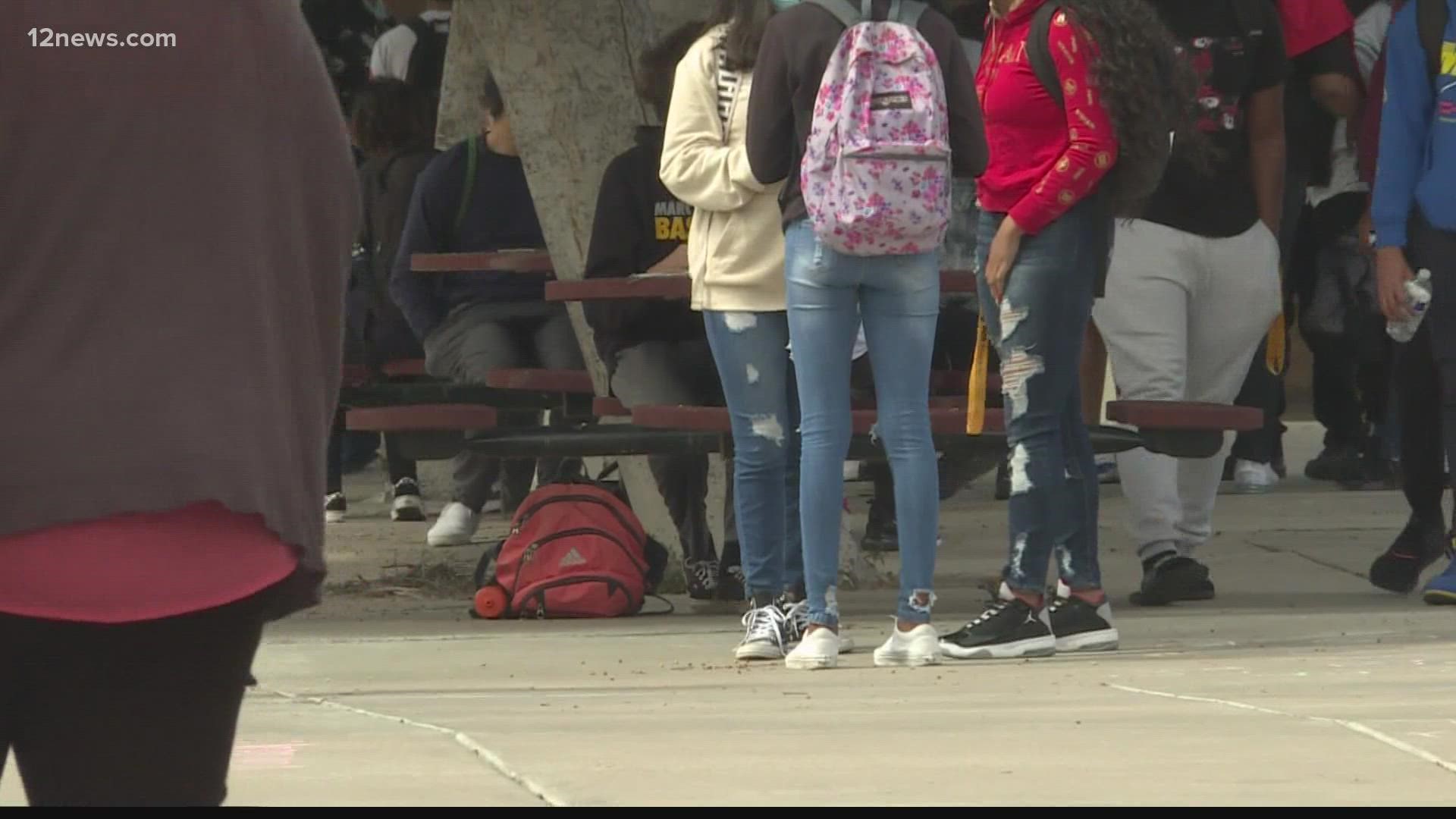 SCOTTSDALE, Ariz. — As dangerous teen trends popularized on social media have led to real-world consequences for some students, including criminal charges, parents are learning they can end up facing penalties, too.

One Scottsdale parent-teacher organization is bringing in a local law firm to offer advice to parents to educate them on their risks before they get in trouble for their teen's bad decisions.

“They see a lot more, they’re exposed to a lot more,” Keri Katz, a parent of a Chaparral High School student said.

Katz said the surge of social media has made it more difficult to parent – the platforms are impacting teens, leading to anxiety and depression, or bad decisions like destroying school property.

RELATED: Mesa PD: 'October's TikTok challenge will not be tolerated'

“A lot of the stuff parents don’t know or are not aware of before it gets viewed by our children and so we are getting educated after the fact,” Katz said.

Despite the content kids consume, Katz hopes that her kids are able to make decisions based on what’s the right thing to do.

Parents can be liable

But even then, Andy DeFusco, an attorney with DeFusco Law, said kids can still make choices that impact their parents.

“The best parenting in the world can still result in a situation where a child is (doing) something negligent to harm somebody else or, the worst-case scenario, where the child does something intentionally to harm something else. I think education is the key,” DeFusco said.

DeFusco said parents should be aware of the legal liability they could face from their kids' potential actions.

That’s the topic of a presentation DeFusco and his firm gave Thursday to Chaparral High parents.

“Hopefully by identifying those, parents will be in a better position to have discussions with their children,” DeFusco said.

Experts say that it’s important to have conversations about mental and emotional health before legal issues arise – especially during such a turbulent era for young adults.

“It is stressful to be a teen, especially in 2021,” Shane Watson, with notMYkid said.

He emphasized the importance of parents starting candid, but age-appropriate, conversations with their children at young ages.

When conversations are started between a parent and child at a young age, it teaches the child that they can confide in their parents and that they won’t be judged, Watson said.

“By the time you are trying to intervene, by the time there's already been an incident or a crisis, you are playing catch up at that point,” Watson said. “Parents can start having those preventative conversations earlier than they believe they can.”