Two people were found dead in Papago Park on May 23, but were not being investigated together, according to the Phoenix Police Department. 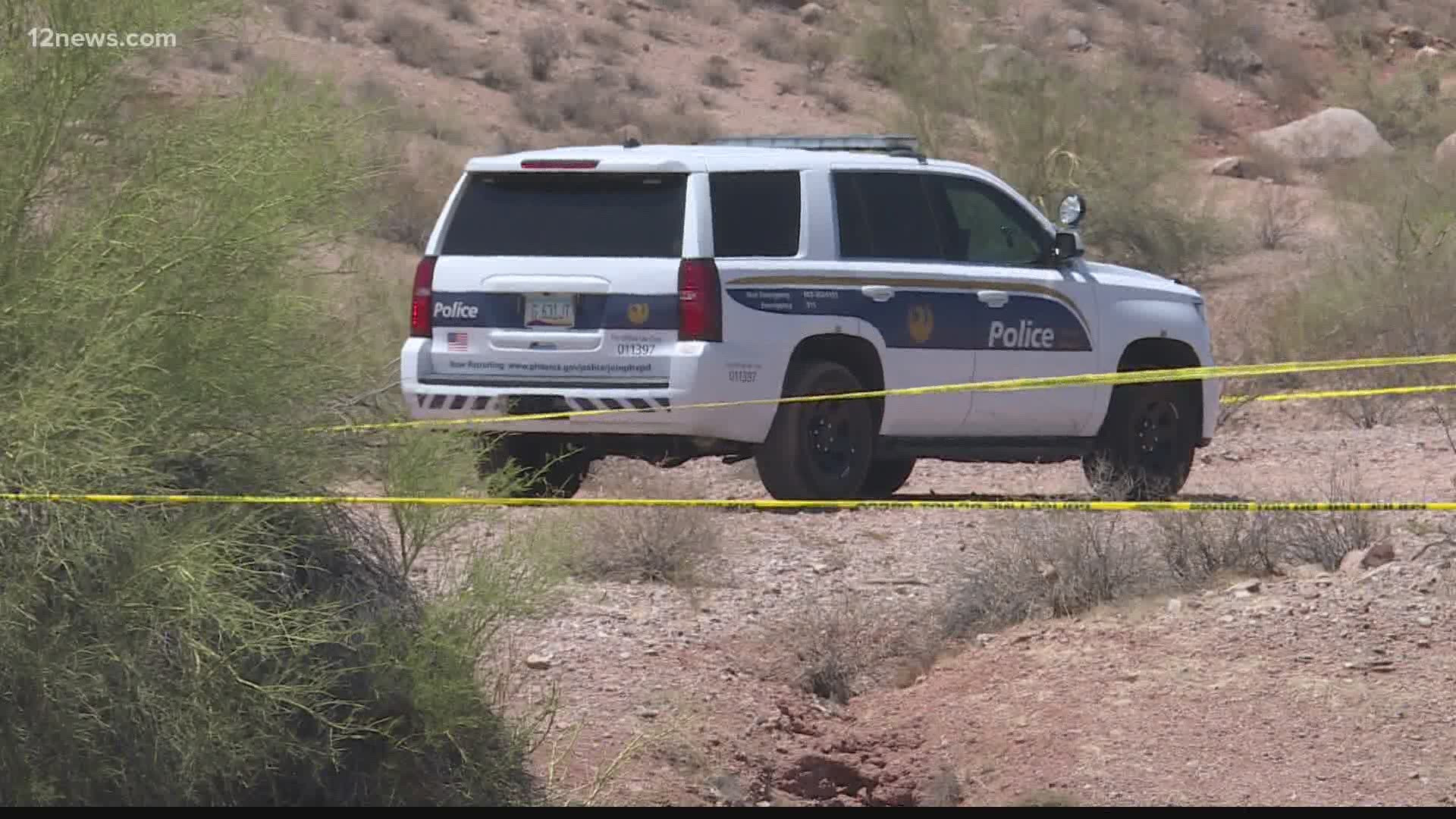 PHOENIX — Police officers have arrested four suspects in connection to the death of a man in Papago Park on May 23, the Scottsdale Police Department said.

In addition to the arrests, Scottsdale police are asking for public assistance in locating 23-year-old Quincy De'Omunique Marquis, who they believe is also connected to the case.

Another man, 23-year-old Quincy De'Omunique, turned himself into police in Oregon on June 3. He will be transported back to Arizona.

Officers were first called to the scene near the intersection of Galvin Parkway and McDowell Road in reference to unknown trouble at around 8 a.m. on May 23, the department said. Officers found a dead body after arriving at the scene and being directed by the caller.

The dead body was located on a nearby trail, police said. When detectives arrived on the scene, officials said they noticed blunt force trauma on the victim.

Officials said that they believe the crime happened somewhere in south Scottsdale. Hughes is reportedly a known acquittance of the victim.

Officers also located another dead body later in the day, the department said. The body was found around 11:20 a.m. in a body of water.

The department has not yet identified either of the bodies. Officers have also not stated the cause of death in either investigation.

Officers are currently saying that the two cases are not connected and are only investigating one as a homicide.