“She was in a lot of pain and nobody would do the surgery," owner Felicia Van Deman said. "And I thought I was going to lose her.” 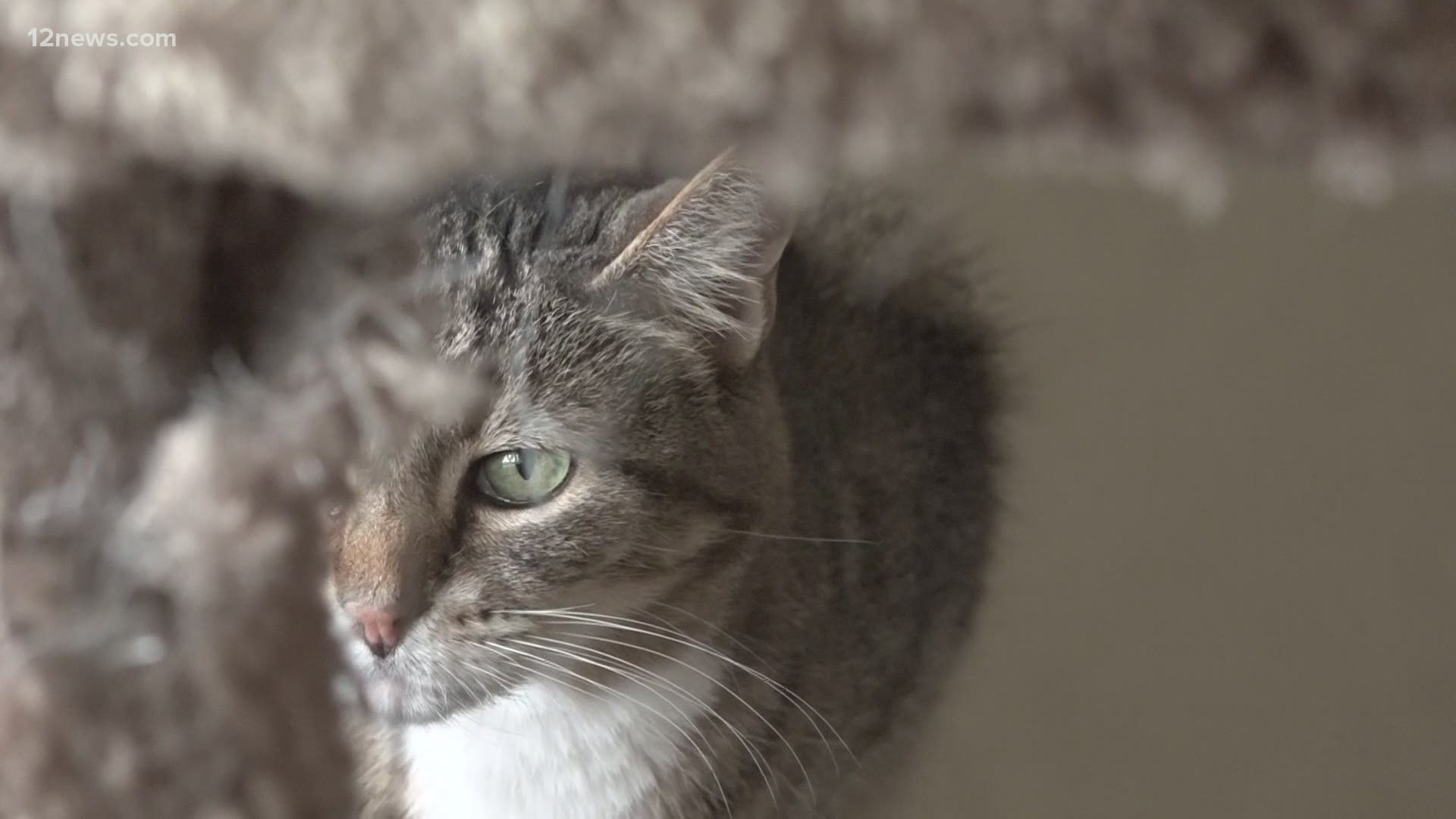 PHOENIX — A Valley woman was getting ready to say goodbye to her cat after injuries from being hit by a car became too much.

But at the last minute, a hero veterinarian found a way to save the animal’s life.

Cats like Bootzie Magoo are the reason they say these animals have nine lives.

“She was in a lot of pain and nobody would do the surgery," owner Felicia Van Deman said. "And I thought I was going to lose her.”

Bootzie was hit by a car a few years ago, causing her to live in pain. Van Deman was doing her best to take care of Bootzie, but she was running out of options.

That was until her veterinarian Dr. Celena Edens stepped in. Van Deman shared Edens' life-saving work with us on Nextdoor.

“After about an hour, hour and a half in the surgical suite, Bootzie was alive,” Edens said.

Bootzie's surgery was very advanced and a first for Edens. There was a hole in the cat’s diaphragm.

“I wasn’t sure she was going to make it," Van Deman said. "Every day it was just like another miracle, she made it another day.”

It was also a miracle that Van Deman could not afford. But Edens and her team performed the life-saving work anyway.

“These are the things that growing up wanting to be a veterinarian that you look forward to getting to do, and to do it for a wonderful client and wonderful kitty cat, during COVID no less," Edens said.

"Let’s face it, we can all just use a big hug and a happy story.”

Bootzie's life is now even bigger than her healing surgery. Edens also learned a new procedure to help animals.

“I just thought it was amazing because without any sort of recognition without telling the world, she gave me the best gift pretty much anybody could’ve given me," Van Deman said.

“They mean the world to me," she said.

"I’m on the spectrum and I’m a recovered alcoholic and I don’t have to take medication for anxiety because of them.”

12 News is highlighting the best of Arizona on our YouTube page. Watch our playlist below and subscribe for the latest videos!