Outside review of gang charges filed vs Phoenix protesters

The 16 were arrested at an Oct. 17 downtown Phoenix protest against police brutality.

The Maricopa County Attorney’s Office has retained a retired judge to provide an outside review of events surrounding the charging of individuals as members of a criminal street gang last October.

The review follows prosecutors previously moving to dismiss the charges against 16 people accused of crimes that included assisting or participating in a criminal street gang.

The 16 were arrested at an Oct. 17 downtown Phoenix protest against police brutality.

Prosecutors requested dismissal without prejudice, which would allow charges to be refiled.

County Attorney Allister Adel says she wants Steinle to review the events surrounding the charges and the procedures in place when making charging decisions in cases of community interest or those that have possible impacts to policy. 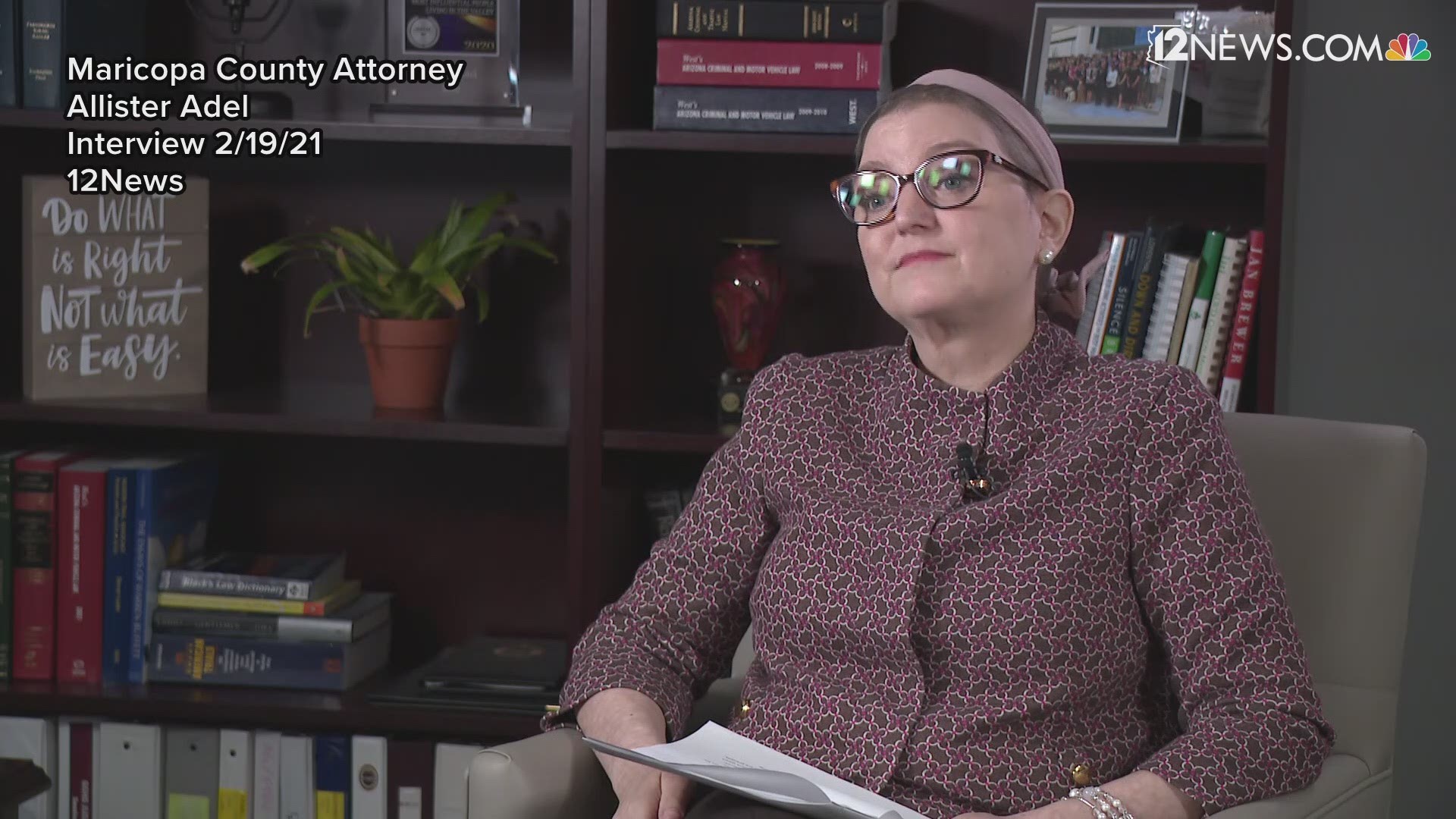