A 22-year-old man was pronounced dead Sunday after police say the car he was driving ran a red light and crashed into another car. 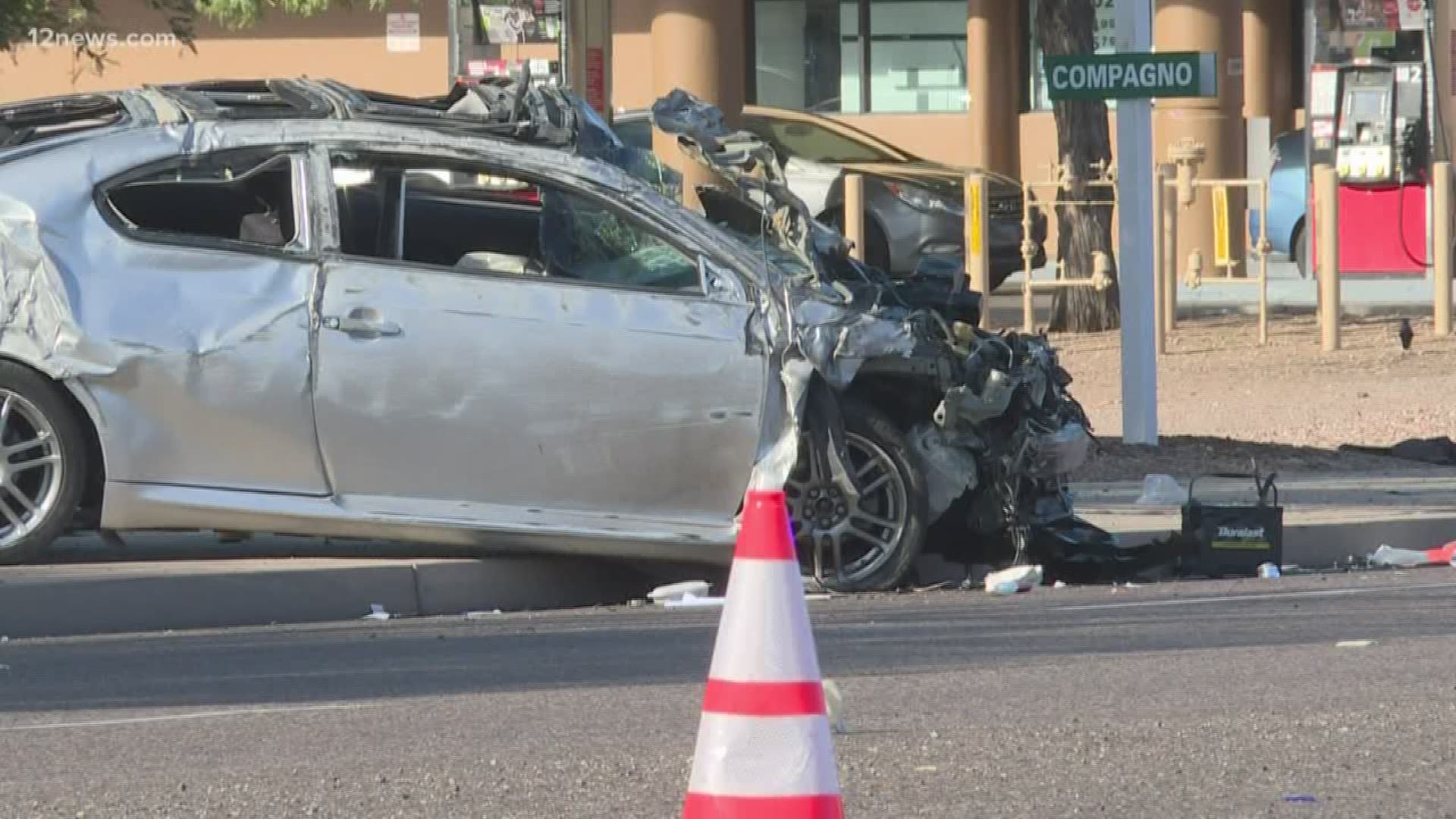 SCOTTSDALE, Ariz. — A 22-year-old man was killed in Scottsdale early Sunday after police say he ran a red light and crashed into another vehicle.

Cameron Steck was killed when the car that he was driving, a silver 2008 Toyota Scion, reportedly entered the intersection at Hayden and McDowell roads traveling eastbound at a high rate of speed and failing to stop for a red light.

Steck's car then crashed into another vehicle that was driving southbound through the intersection on a green light, police say.

Both drivers were taken to local hospitals, where Steck was pronounced dead.

The other driver, who was not identified, has non-life-threatening injuries.

Neither vehicle had passengers, police said.

It was not immediately known whether impairment was a factor in the crash.

No criminal charges are expected.