1 dead, 7 others hospitalized after fiery crash in Phoenix

The intersection of 71st Ave and Indian School Road where the accident happened will be closed for an unknown amount of time. 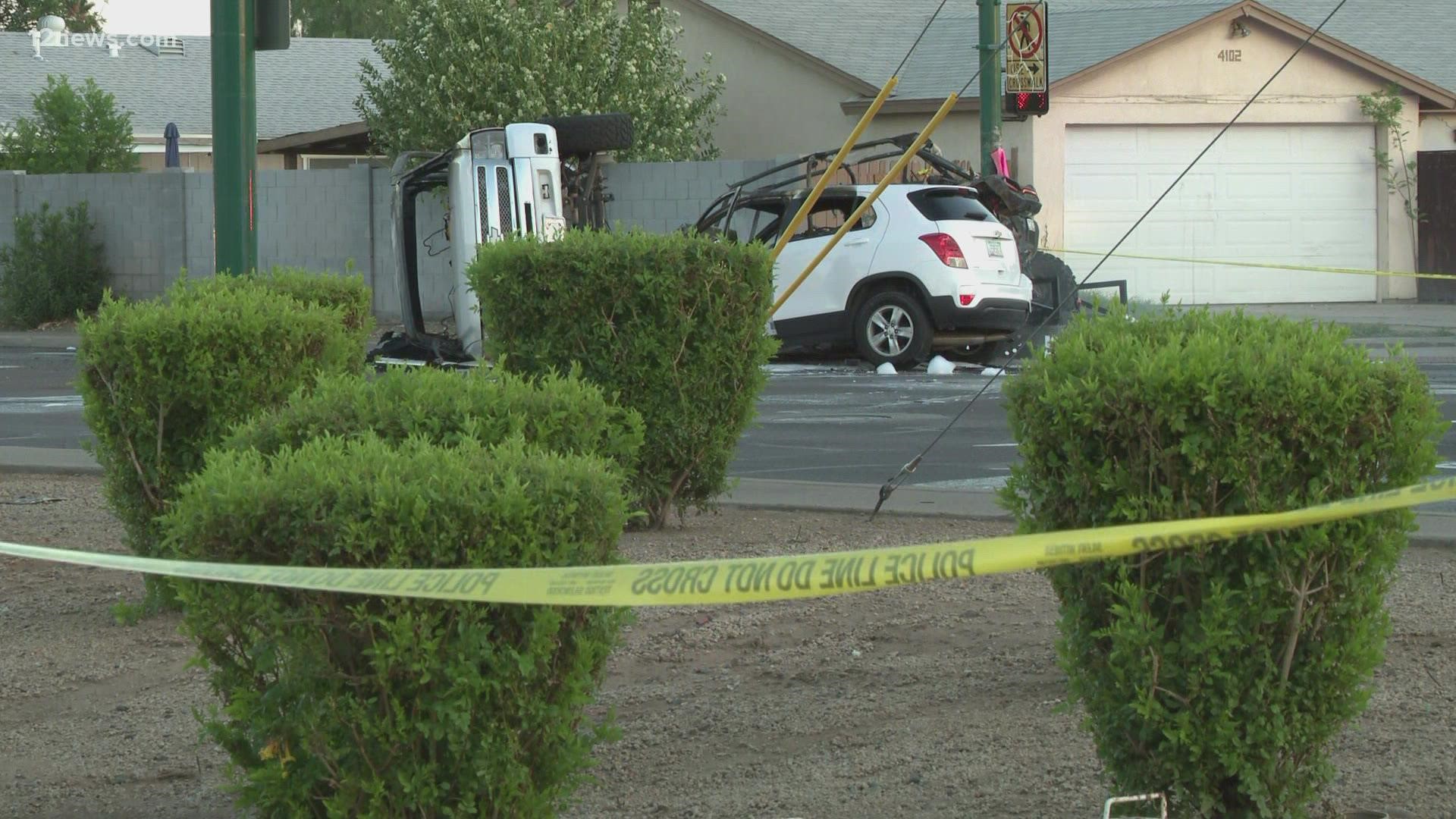 PHOENIX — One person has died and seven others are in the hospital after a two-vehicle collision took place early Monday morning in Phoenix.

Police initially reported that six people were hospitalized and that the crash involved three vehicles.

Crews were dispatched to the crash near the intersection of 71st Avenue and Indian School Road where they found a Chevy Trax and a Chevy Silverado that was pulling a trailer, both on fire, firefighters said.

Officials said the man in the Trax was driving west on Indian School Rd. and ran a red light, colliding with the Silverado which had seven people inside.

No extraction was needed, but the man was pronounced dead at the scene, authorities said. The seven others in the Silverado were transported to local hospitals, including a 26-year-old man with life-threatening injuries.

The intersection will be closed for an unspecified amount of time while the scene is investigated, authorities said.