The billboard made headlines in 2017 when a picture of former President Donald Trump was depicted surrounded by mushroom clouds and swastika-like symbols. 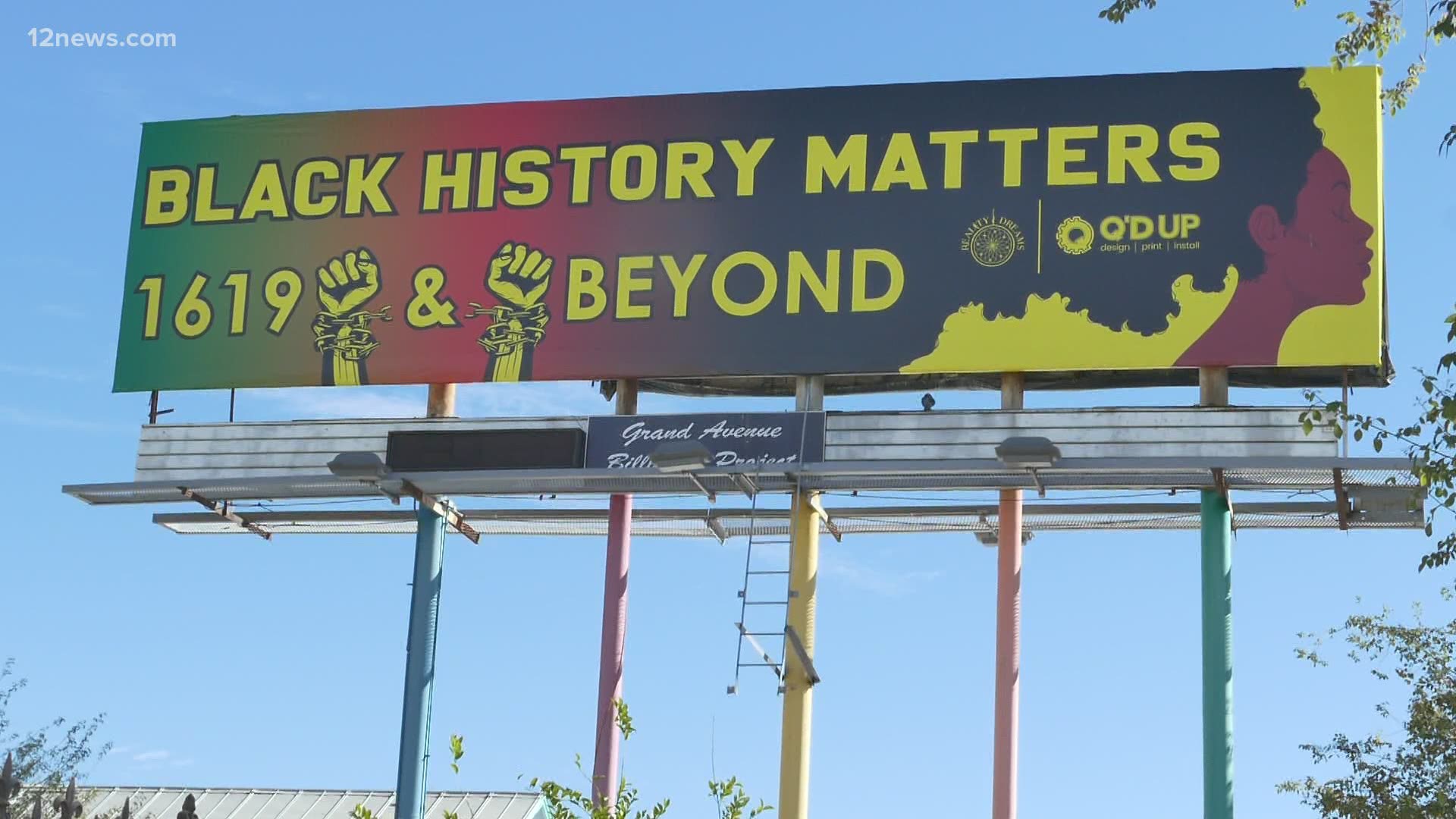 PHOENIX — To inspire and encourage: that’s the goal of a billboard along Grand and 11th Avenues.

The billboard made headlines in 2017 when a picture of former President Donald Trump was depicted on the billboard surrounded by mushroom clouds and swastika-like dollar signs around him. That picture was replaced briefly by a message to vote.

Now, a new message is displayed.

“When you look at that billboard, it's powerful,” said Gizette Knight, who helped create the new design. “You have a black female character up there with long kinking hair.  It's just powerful to see that image with the African American colors up there as well as 1619, and then the shackle represents no longer a slave. And then you have the beyond part So it's a very powerful piece.”

“Our history’s everybody's history, you know?” said Knight. “So, it paved the way for not just our ancestors, but people in society in general.”

The billboard is just one of 28 murals on display throughout the central Phoenix area.

“After the Black Lives Matter street mural project, People in the black community said that this mural has to happen. So, I just brainstorm and came up with the idea why not turn it into a Black History Month project?” Said Knight, who attempted to organize a Black Lives Matter Street mural that was rejected by the City of Phoenix in September.

The “Black History Month Mural Project” depicts artistic takes on historical movements such as Brown v. Board of Education and the Black Lives Matter movement.  Many of the murals portray those who championed equality throughout American histories, like the mural at Phillips CME Church that shows Betty Shabazz, Coretta Scott King and Myrlie Evers.

“What we want to do is we want to encourage people to go out there and look at these murals,” Explained Knight.  “So, what we did is we added a raffle to it.”

How the raffle works are people can take a picture of a mural and upload it to Black History Month Mural Project’s Facebook page to be entered into the raffle.  Each picture uploaded of a mural equals one entry.  Uploading a picture of all 28 murals gains a participant 10 extra entries.  Prizes include gift cards and an Xbox Series X counsel.

As Knight suggests: “Go around and look at these murals, take pictures of them and upload them and you can turn this into a family event.”