On Oct. 5, 2010, the Valley experienced what today the National Weather Service in Phoenix called the "legendary hail storms." 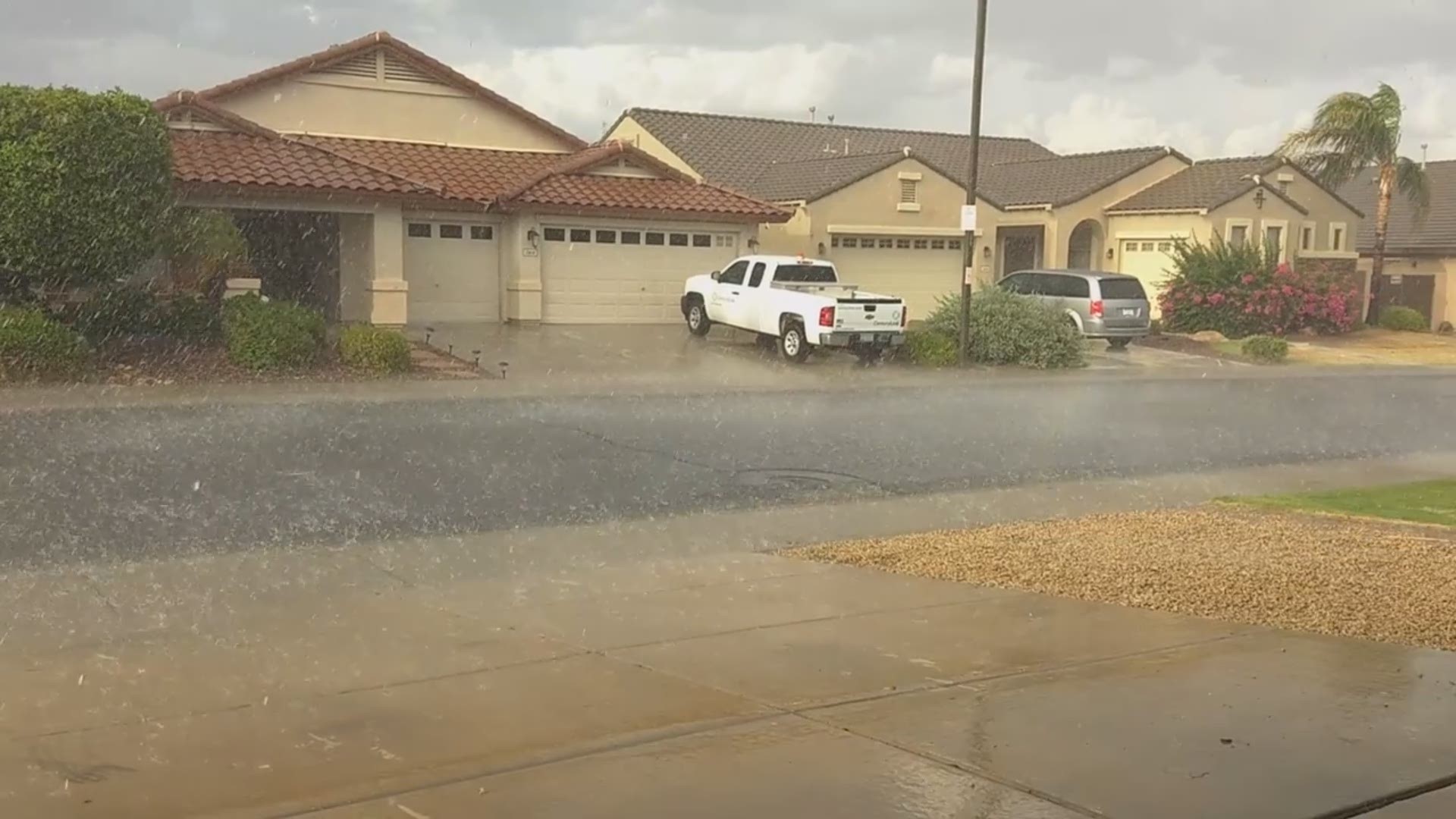 Large hail damaged homes, windows, cars and just about everything else outside eight years ago today.

On Oct. 5, 2010, the Valley experienced what today the National Weather Service in Phoenix called the "legendary hail storms."

According to NWS Phoenix, supercell thunderstorms started to develop over central Arizona in the morning and afternoons hours of that day. Several of these supercells made their way over the Valley.

Then, the hail came.

The storms on Oct. 5, 2010 dropped some of the largest hail ever reported in Maricopa County and the Phoenix area, according to NWS. The 3-inch diameter hail that fell that day is the third largest report of hail in Arizona history.

But that's not the only weather history-making number that day. According to NWS Phoenix, there was $2.7 billion in insured losses as a result of all the damage.

Making the storms on Oct. 5, 2010, the "costliest weather disaster in the state’s history."

Today marks the 8th anniversary of the legendary hail storms. Storms on October 5th, 2010 produced 2 of the top 10 largest reports of hail in Arizona history. The $2.7 billion in insured losses made the series of storms the costliest weather disaster in the state’s history. #azwx pic.twitter.com/Y769jawS8l