Video shows the suspect attacking the trooper, and DPS said the trooper was in a "fight for his life" before he shot and killed the suspect. 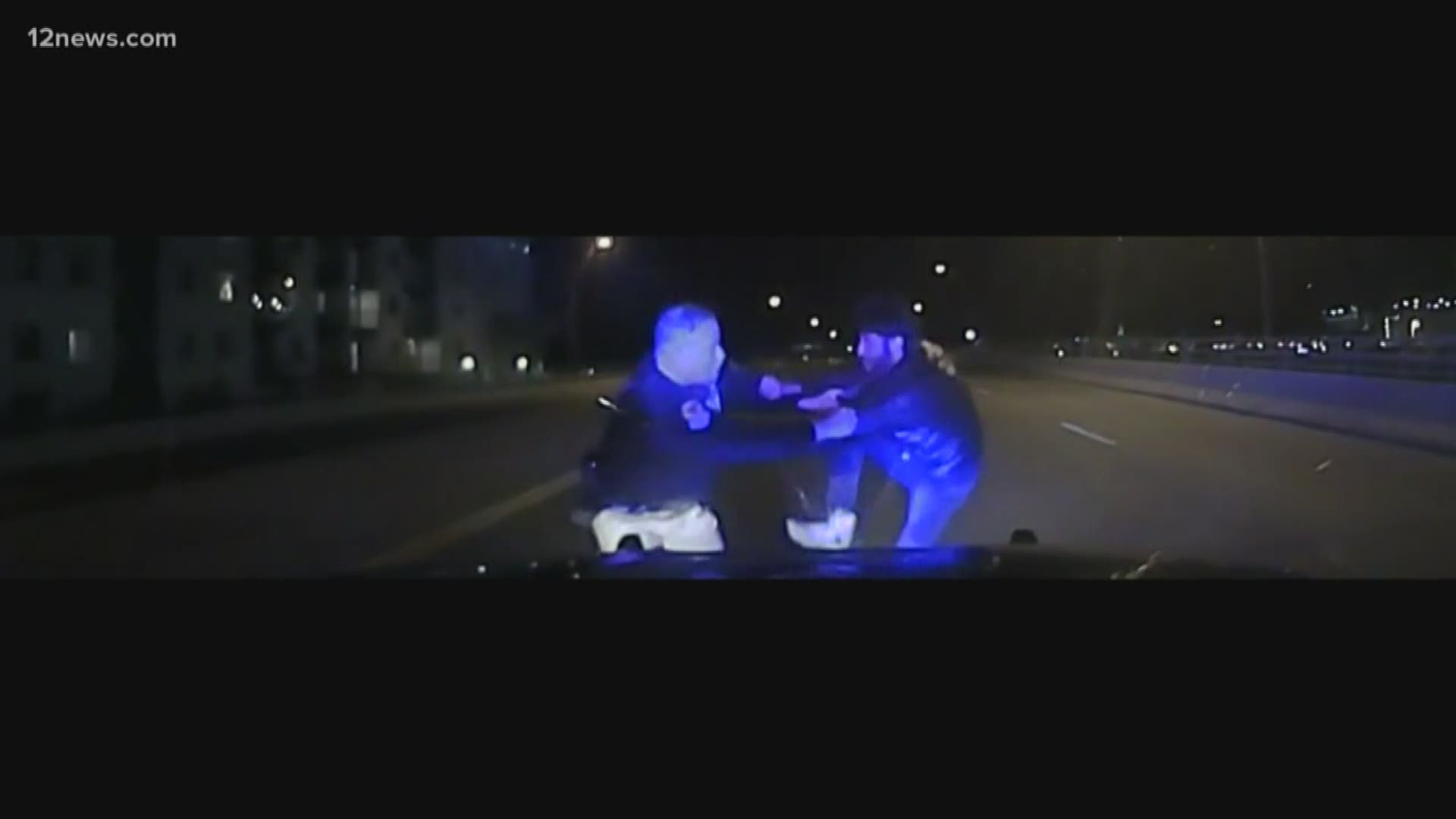 According to DPS, the shooting happened near the intersection of Scottsdale Road and Playa Del Norte Drive just north of Tempe Town Lake.

Dashcam video played at a DPS press conference on Friday afternoon shows the "vicious encounter" that led up to the shooting.

DPS Director Col. Frank Milstead said Trooper Hugh Grant was on a holiday DUI task force when he saw a man crossing the street and knocking over a street sign. A citizen observer with Mothers Against Drunk Driving was in the car with the trooper when the incident happened.

Milstead said the man ignored trooper commands and began to walk down the middle of the road.

Trooper Grant positioned his car on the road between the man and oncoming traffic, and dashcam video shows the man dancing in the street and kicking the trooper's car.

The trooper got out of the car to tell the man to get out of the street. Trooper Grant is seen deploying his taser after the man refuses commands.

After being hit by the taser, the man rushed at Trooper Grant and a fight ensued.

Milstead said Trooper Grant was hit in the head by his own taser during the struggle. The man knocked the trooper to the ground at least three times during the fight.

Trooper Grant called for the citizen in the car to radio for help as he fought for his life, Milstead said.

The trooper eventually fired his gun at the man, killing him. Trooper Grant was taken to the hospital and released.

Milstead said Trooper Grant is still recovering and feeling pain in his head and face.

The man who attacked the trooper has been identified as Mohamed Ahmed E A Al-Hashemi, a 25-year-old man from Qatar here on a student visa.

Arizona State University confirmed Friday that Al-Hashemi was a former student at the school.

Tempe police said Al-Hashemi had a run-in with officers a couple of days earlier when he entered the Islamic Cultural Center on Wednesday and was causing a disturbance.

Police issued a trespass warning and, at the request of the center, instructed him not to return to the premises.