The disciplinary review board suggested a 6-week suspension, but Chief Jeri Williams said she made the decision to terminate the officer. 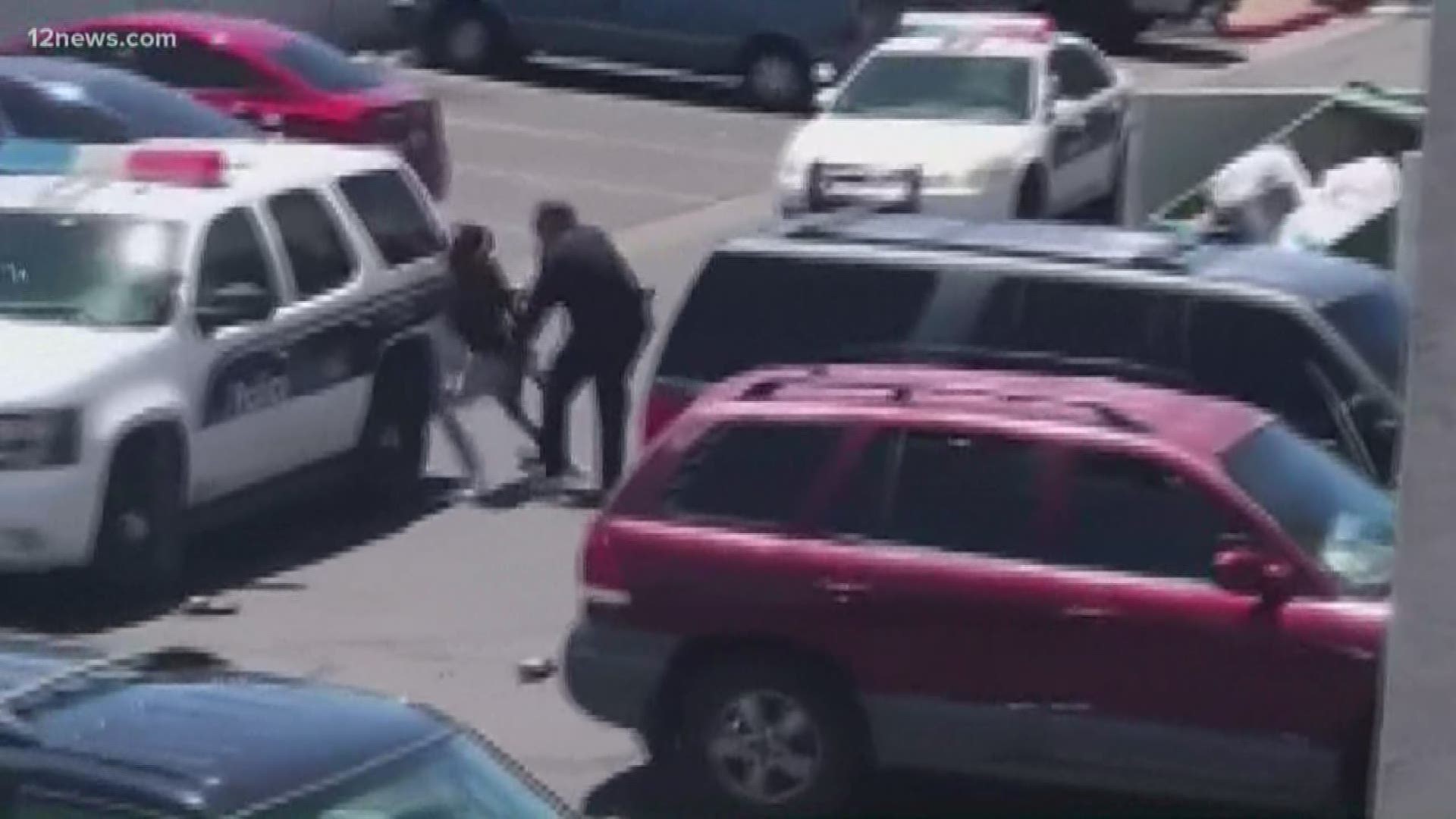 PHOENIX — Editor's note: The above video is from a June newscast

Phoenix Police Chief Jeri Williams said she made the decision to terminate Officer Christopher Meyer, one of the officers involved in a viral shoplifting incident in May that garnered national attention.

RELATED: What we know about the viral confrontation between Phoenix police officers and family

Chief Williams said in a press conference Tuesday that the department's disciplinary review board recommended a 6-week unpaid suspension for Meyer, but she intends to terminate him.

Meyer is seen in the video sweeping the leg of handcuffed Dravon Ames, 22. Meyer then yells, "If I tell you to do something you (expletive) do it."

Ames and his fiancée Iesha Harper were detained but not ultimately arrested following an alleged shoplifting incident.

RELATED: Phoenix police on scanner after shoplifting incident: 'We cannot verify they were involved'

Another officer seen in the video pointing his gun at Harper and her two daughters as they exit a vehicle was not fired, but given a written reprimand, as recommended by the disciplinary review board, Williams said in the press conference.

Williams said the other officer attempted to de-escalate the situation, which led to the decision to give him only a written reprimand.

Meyer, a 24-year police veteran, has the right to appeal Williams' decision to terminate him.

The Ames-Harper family has filed a $10 million notice of claim against the City of Phoenix. 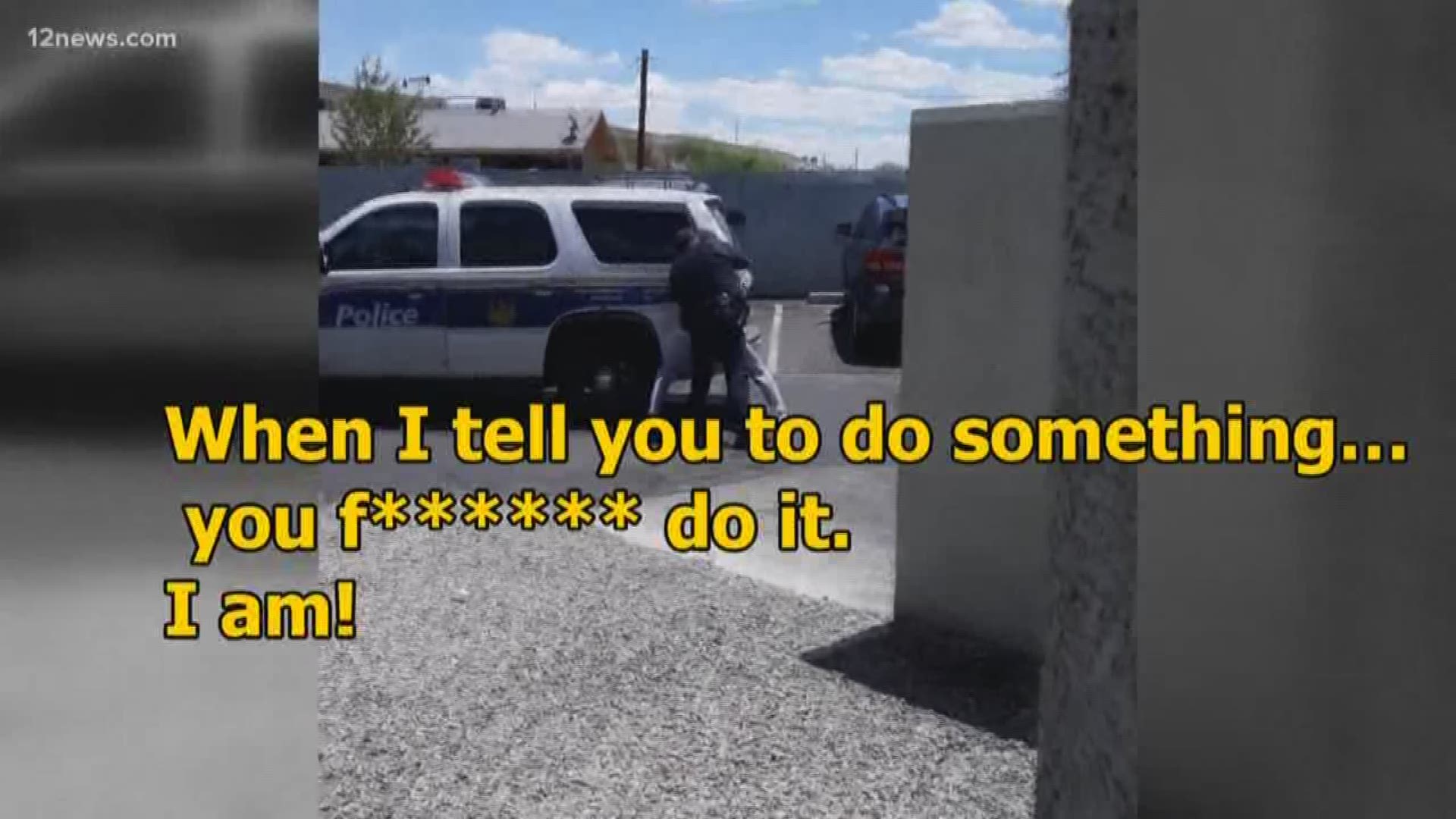 We will add additional details to this update as soon as we receive them.

RELATED: In their own words: What happened according to the witnesses of viral police confrontation