Officer Timothy Baiardi is currently on leave and facing an aggravated assault charge after he was seen on surveillance video hitting a handcuffed shoplifting suspect at a Walmart. His discipline record notes an incident with some similarities. 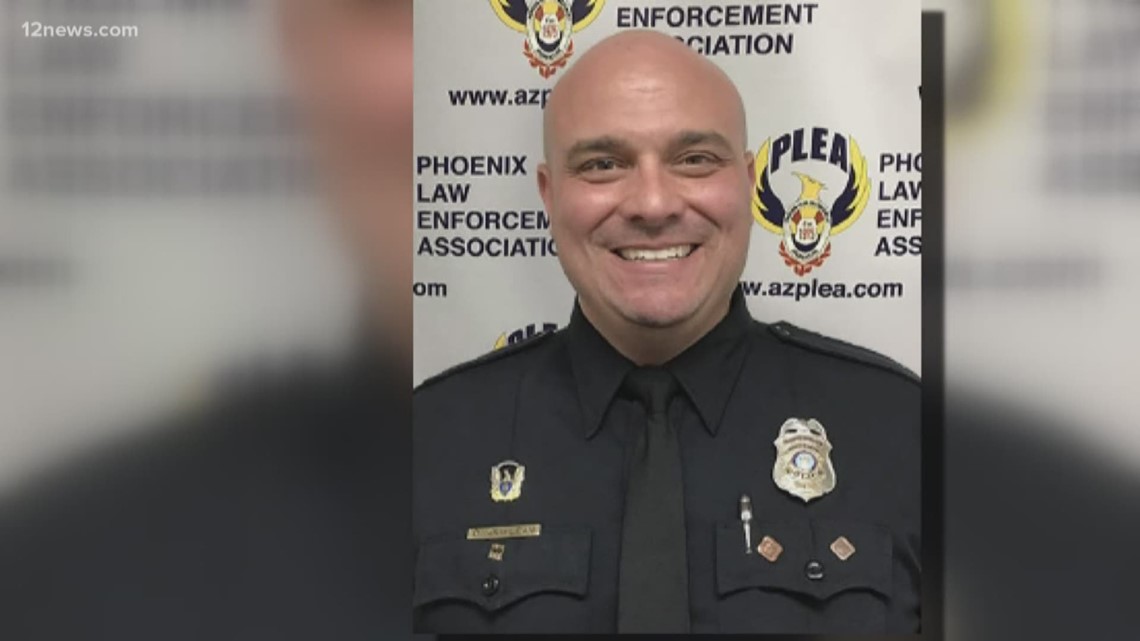 A Phoenix police officer charged with assault after he was seen on surveillance video hitting a handcuffed shoplifting suspect in December has been disciplined for similar behavior before, according to the officer's discipline record.

The Maricopa County Attorney's Office filed a charge last week of aggravated assault against 44-year-old Timothy Baiardi, who is on leave from the Phoenix Police Department after the December incident at a Walmart near 51st Avenue and Indian School Road.

The Walmart incident bears some similarities to another incident laid out in Baiardi’s discipline record from 2004.

According to the discipline notice, officers had arrested a burglary suspect in a south Phoenix backyard following a foot pursuit in January 2004 when Baiardi offered to help take the suspect out of the yard.

The report says Baiardi gave the suspect several commands to stand up and walk out of the backyard, but the suspect acted as if he was unconscious.

After the suspect continued to ignore commands, the discipline notice says Baiardi “closed [his] fist, extended [his] thumb outward and jabbed him in the rib cage” three times to get him to stand up and walk out of the yard.

According to the report, Baiardi described these as pokes, but the other officers at the scene said they saw Baiardi “'pop' the suspect in the rib cage.”

The report says the suspect’s hands were handcuffed behind his back and did not fight with Baiardi during the arrest. The suspect later told officers that he had passed out after he hit his head on a river rock during his arrest.

According to the report, Baiardi also failed to advise the sergeant about his use of force, though he had the immediate opportunity to do so.

The department concluded that Baiardi’s actions violated multiple policies, including one prohibiting striking a person who is restrained. Ultimately, the Civil Service Board suspended him for 20 hours.