The officer was identified as Blake Newman. He was 25 years old. 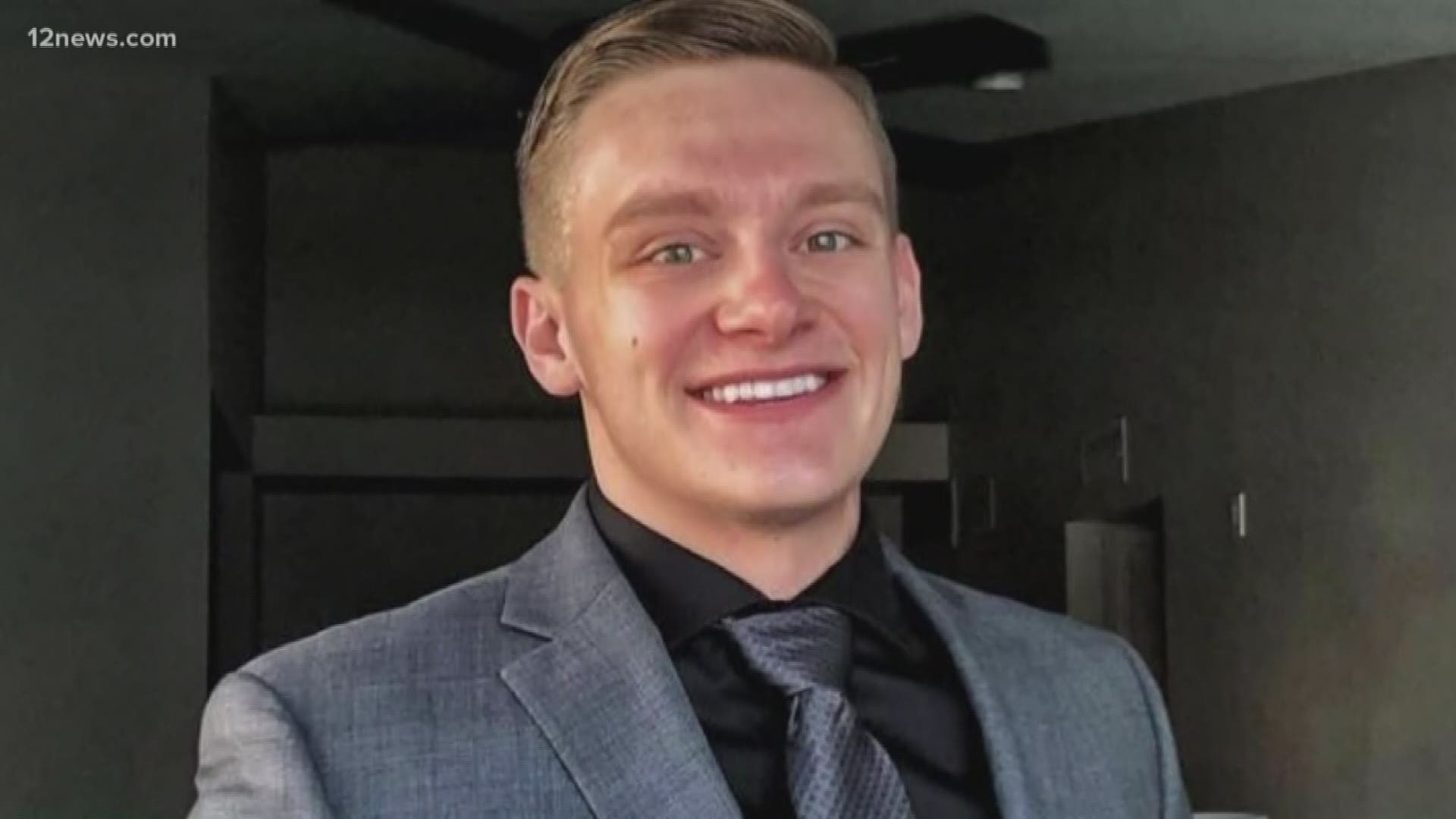 PHOENIX — An officer with the Phoenix Police Department has died after a motorcycle crash while he was off-duty Monday, the department confirmed Tuesday.

The officer was identified as Officer Blake Newman. He was 25 years old.

Glendale police say that his motorcycle hit a curb near 95th Avenue and Maryland Avenue in Glendale and he lost control of the bike.

Phoenix PD is working on arrangements with Officer Newman's family, which is out of state.

We will update this story with new information as it becomes available.

Phoenix police tweeted out a photo of Officer Newman Tuesday afternoon and offered their condolences to the family.